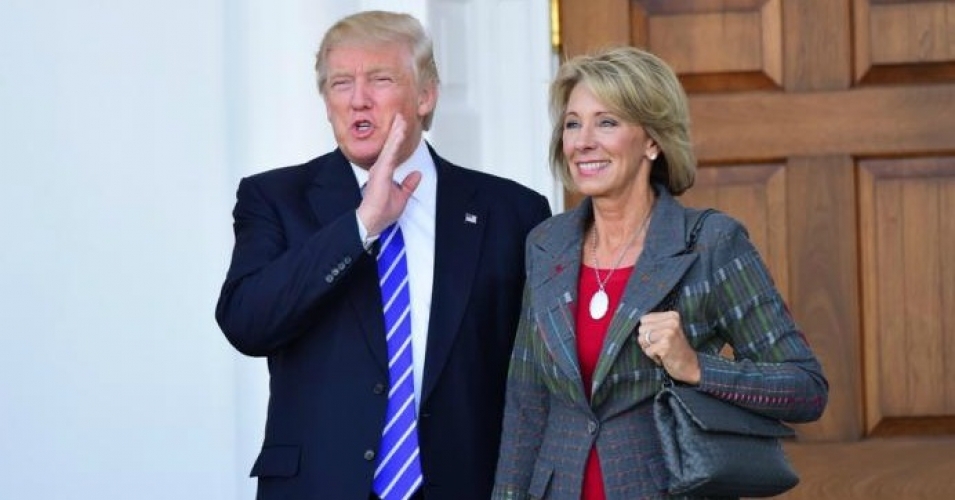 Is it any wonder why a public school teacher like me — someone who knows the value of this institution both as educator and as student — finds this idea nothing short of horrifying?

Put simply, I believe in public education. I believe that neighborhood public schools should be properly funded and resourced so they can be those anchors. I believe that our schools should be filled with trained professional teachers who are willing to stand up, to advocate on behalf of their students — which is what teachers unions do. I believe that addressing societal issues like poverty, bigotry and crime demands strong public school systems: If we address these issues with children at young ages, and with their families, we are addressing the roots of these challenges and serving the core of our future.

I believe that every single child in this great country deserves access to a high-quality neighborhood public school, and I know millions of Americans share that belief.

In as much as I have devoted my career to turning that belief into reality, Betsy DeVos has poured both her time and her millions into attacking it. She has called public schools a “dead end.” She has routinely and aggressively supported the very things that weaken support for a strong public school system: private school vouchers and unaccountable charter schools driven by profits. And when it becomes clear that these destructive alternatives get poor results, she tries to shield them from accountability and the public eye.

Betsy DeVos grew up in almost unimaginable wealth. I did not — I am the daughter of a public school teacher. But we come from the same area of Michigan. Our ideologies of what education should be were clearly shaped by our individual experiences with our own education and what we feel education should look like. My upbringing and my adult experience have led me to a place where I will fight every step of the way to provide access to a quality public education to every single child in this country, and DeVos’ path has led her to a place where she will try to stop people like me and will fight against every child having access to a quality neighborhood public school.

As the Senate considers Betsy DeVos’ appointment, it is my deepest hope and prayer (yes, like DeVos, I am Christian; but I refuse to impose my beliefs on children in my classroom) that lawmakers will do right. I hope they will act in the best interest of the millions of children who need strong public schools to achieve their full potential in life. That cannot happen if lawmakers ignore the voices of folks like me, the ones who have made strong public schools their life’s work. And it certainly can’t happen if they invest such immense power in one who has made the destruction of public education the calling of her life.