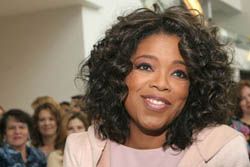 Bill Barnes is enjoying Burning Man. Oprah Winfrey is on summer hiatus. This past week both became the focus of movements for liberation and civil rights. Before leaving for Burning Man, Barnes learned Friday afternoon from Bay Area Reporter Publisher Tom Horn and Editor Cynthia Laird he no longer would be the paper’s political columnist. ##M;[more]##

The former city AIDS czar, aide to Supervisor Daly and Democratic County Central Committee member had been the overwhelming choice to replace legendary writer Wayne Friday who retired after writing the column for over 25 years.

Barnes had been successful at being both controversial and able to build a following, the function of a good political writer. Rather than appear in the BAR, his final column broke Monday night on the San Francisco Sentinel internet news service.

In it he claimed his being a Democratic Central Committee member would be no problem for publisher Horn. The specific issue discussed between Barnes and Horn was the endorsement process of the committee.

Following the first endorsement meeting of the Democratic Committee, there indeed did seem to be a conflict. That, at least is what Horn told Barnes. With that he was told it was all over.

“Barnes said, “Although this view differs from our original agreement, I respect that the publisher has reached a new conclusion. My understanding is that the paper will devote more of its political space to focus on marriage equality.”

“Twice in my short time in San Francisco, I’ve been asked to fill some pretty big shoes in the LGBT community,” he wrote. “When Mayor Willie Brown named me to succeed Dick Pabich as the City’s AIDS policy adviser, and when Horn and Laird asked to write a column in the space that had contained Friday’s words, I was honored. The LGBT community is stronger when we recognize those who have gone before us, building upon their efforts and adding our own voices.”

The Bay Area Reporter is one of the largest and most influential community newspapers in the country. Whatever the real reason for his departure, it is a sad day for the lesbian, gay, bisexual transgender community and for San Francisco. When he began writing the column, he became one of the most high profile gay African American writers in America.

He represents the future for a community and for San Francisco. He joins people such as Wayne Friday, Harvey Milk, Harry Britt and Mark Leno who are and have been the cutting edge of a continuing Gay Liberation Movement. Each has broken down walls which allowed others to further their struggle to be authentic in the totality of their lives. Each could easily identify when they too found obstacles placed before them.

That he represented the next generation in this movement must never be trivialized. The most serious threat to any movement is not a challenge to its being. Rather, it is the attitude of indifference.

His appointment to become the political writer for the Bay Area Reporter was, without question, a victory for a movement. To take the victory for granted is to minimize the movement which provides levels of freedom and justice non-existent just 20 years ago.

To fully understand what many simply call “The Movement” it is helpful to look to the past few days in Chicago, Illinois. For many, concerns peaked last Thursday when Roland Martin, executive editor of the Chicago Defender, a daily black community newspaper, picked up his phone. On the other end he heard a familiar voice.

“Roland, this is Oprah!”

That was the beginning of a 15 minute conversation between Martin and Oprah Winfrey. His column two days earlier had strongly criticized the talk show host. His concern was the lack of any statement from her following the death of John H. Johnson, the founder of Ebony and Jet magazines.

Martin’s has been strong in his attack of Winfrey and several leaders, both nationally and specifically in the national Black community. Just as Barnes departure from the By Area Reporter is seen as nothing of significance, Martin’s actions were the response to indifference.

Indifference whether on the front or the back end of a movement should be equally as offensive. Johnson, who died August 8 at 87, was one of the true giants of the African American community.

He represented the focus and the finest of a leader in a movement that created real change. Johnson built the Johnson Publishing Company into an empire which never swayed from his determination to value the black consumer. Johnson Publishing’s two publications, Jet Magazine and Ebony were for generations the channel for communication throughout America’s African American community.

Chicago Defender’s Roland Martin said, “I will not let go of the notion that if there was a Mount Rushmore for the media, Ebony founder John H. Johnson’s bust belongs right up there alongside Henry Luce, William Randolph Hearst, William Paley, Ted Turner and David Sarnoff.”

“These men,” Martin continues, “are considered the gold standard of the media profession, and it is absolutely right that Mr. Johnson-our Mr. Johnson-be afforded the proper respect in death that he absolutely demanded in life.”

Following that statement, Martin then goes down the list of those who failed to acknowledge his death. He starts at the top.

He notes President George W. Bush made a public statement on the death of ABC anchor Peter Jennings, “yet on Johnson we heard nary a peep from him.” Should Bush not know Johnson, it is highly unlikely Secretary of State, Condoleezza Rice hadn’t heard of Jet or Ebony in her lifetime. Yet, she didn’t public ally acknowledge his death.

To Tara Wall, African American former TV anchor and spokesperson for the Republican National Committee, Martin said her response was “acting rather pissy and dismissive.”

If the Republicans were that remiss, you just have to know what was done by the Democrats. Here is what happened. Roland Martin announced a statement was indeed released by Democratic National Committee Chairman Howard Dean.

All this brings the focus back to Oprah Winfrey. Martin had written that Winfrey had not made a public statement regarding Johnson, saying he called six times to get one, and that she didn’t attend the funeral.

Imagine being a fly on the wall for this phone call from Oprah Winfrey to Roland Martin. “I am furious at the allegations because it’s just not true,” Oprah told Martin. “It’s not true and it’s unfair.”

Winfrey continued, “I did send flowers and I sent a note” to Johnson’s widow, Eunice, and daughter, Linda Johnson Rice. Oprah said, even offering to provide a copy of the actual note and confirmation of the flowers. Martin also said Winfrey knows about the legacy of John H. Johnson and was hurt because “you don’t know in my heart what I stand for.”

For Roland Martin, his efforts are much more important than playing a kind of celebrity “gotcha.” The death of the founder of Jet and Ebony Magazine is a defining moment in the African American community. He believes that if Americans honor Peter Jennings, the Jet and Ebony Publisher is worth a similar level of respect.

In Chicago, African American activism was at play. Martin said,”We will never forget what he has done for this nation. Nor will we forget those who have refused to acknowledge his contributions to this industry?or those late to the game.

In Chicago, Oprah Winfrey said she planned to honor Johnson and Luther Vandross on an upcoming show. She noted she was on her summer hiatus and returns to her show on September 13.

In San Francisco, Bill Barnes offered appreciation for his time at the Bay Area Reporter. He said, “I want to thank the BAR and all the readers who’ve given a young gay black man the opportunity to share some of my thoughts about politics. I know I see the world through a different set of eyes because of my life, and I hope people find some value in that.”