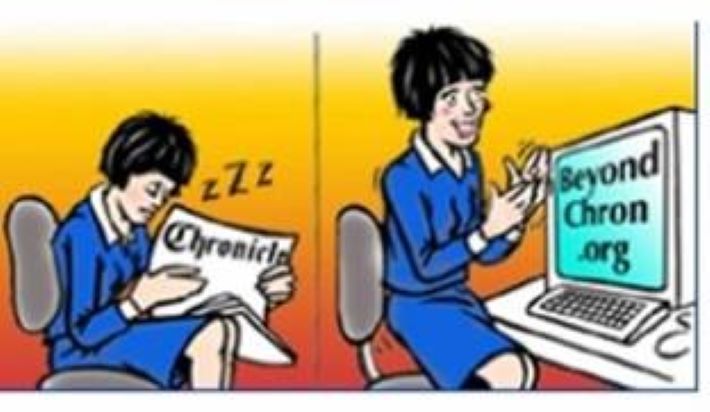 Beyond Chron was launched on April 7, 2004. Why did the Tenderloin Housing Clinic and a tech-unsavvy activist like me start an online publication?

Beyond Chron emerged in response to the San Francisco Chronicle’s coverage of the December 2003 mayoral runoff. The paper became virtual campaign literature for candidate Gavin Newsom while I strongly backed his rival, Matt Gonzalez. I saw a need for a daily response to such slanted media coverage. I also had longstanding concerns about the daily media’s lack of strong coverage of tenant issues.  When my then-Tenderloin Housing Clinic colleague and now D5 Supervisor Dean Preston suggested we call our website “Beyond Chron”—to show we would go beyond what was offered in the Chronicle—we all agreed that was a good name for the site.

The rest, as they say, is history.

In the pre-social media world, online journalism was a revelation. It challenged corporate media’s gatekeeper role of deciding “what’s news.” The Tenderloin Housing Clinic used Beyond Chron to  elevate issues around tenants, the Tenderloin, SROs, and city homeless policies as well as other topics impacting the non-affluent.

Our original logo—designed by Doug Comstock—emphasized our plan to challenge how the SF Chronicle covered stories. 2004 gave us a lot of opportunity to do so, as the Chronicle’s cheerleading for Mayor Newsom continued. But we soon shifted our focus (and our logo) away from the Chronicle. We were publishing new material around four-five times a week, had a managing editor and regular writers, and earned the policy influence we sought.

Beyond Chron’s role changed with the rise of social media. Here’s how.

In our pre-social media days, we would have a reporter attend a hearing and then publish a story about what happened the next day. We actively recruited journalism students to meet the demand for such timely reportage (at least two now write for major newspapers).

But social media changes the timing of stories. Beyond Chron’s standard post-hearing story—which was often the sole coverage of the event–was now already tweeted about or discussed on Facebook. When people are live tweeting at a hearing and/or posting comments on Facebook afterwards, a Beyond Chron story the next day is “old news.”

In response, Beyond Chron became more a place for policy analysis than straight reportage. We reduced our schedule to twice weekly and then to weekly. We also had misfortunes befall two of our most consistent writers. Labor writer Carl Finamore suffered a stroke in 2016 that left him unable to write for us. School lunch hero Dana Woldow died decades before her time in 2017. Woldow turned Beyond Chron into a leading national source for stories on school lunch politics, and her sudden loss to cancer, like Finamore’s stroke, was a shocking tragedy.

Writers of their caliber are not easily replaced. Fortunately, Peter Wong, our longtime movie reviewer, is still with us.

Today and the Future

Beyond Chron prioritizes stories that are missing or not easily found in other media. Because my job involves working directly on  tenants, housing, homelessness, the Tenderloin and Bay Area political issues my stories can offer a perspective that outside reporters lack. I also recognize that it helps to have the Bay Area’s largest daily newspaper cover key stories, which is why I regularly offer news tips to the SF Chronicle rather than writing about the issue myself.

I have found writing weekly stories helps me formulate ideas for books. It may not be a coincidence that I have written four books since Beyond Chron began; Beyond the Fields: Cesar Chavez, the UFW and the Struggle for Justice in the 21st Century (2008), The Activist’s Handbook: Winning Social Change in the 21st Century (2013), The Tenderloin: Sex, Crime and Resistance in the 2st Century (2015) and Generation Priced Out: Who Gets to Live in the New Urban America (2018 with a new preface in 2020).

2020 was difficult for everyone. Beyond Chron got huge readership for its Tenderloin and homeless coverage, reflecting a lot of bad news in both areas. I prefer writing stories about good things happening even if it results in a smaller audience.

National, state and local politics in 2021 are all intersecting with Beyond Chron’s core interests. So if you are not already a subscriber or don’t follow @beyondchron on twitter, now may be a good time to do so.