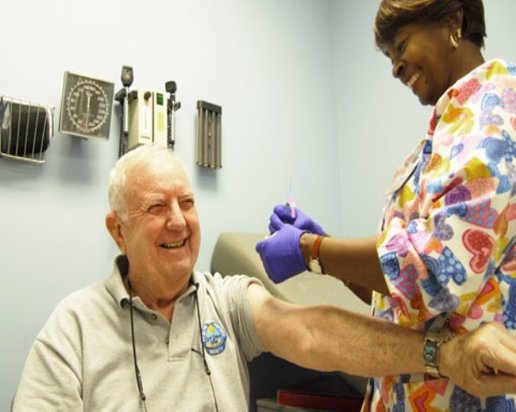 Unfortunately, inside the Beltway, a group of conservative ideologues and hospital executives want to dismantle the California – indeed the entire — VHA healthcare system and turn veterans’ healthcare over to the private sector.  Don’t think for a moment that this is just a crazy scheme concocted by a Koch brothers cabal meeting at some remote, invitation- only retreat for billionaires (the kind New Yorker writer Jane Mayer describes in her book Dark Money).   Instead, this is what seven of the 15- member Commission on Care on the VHA is pushing in Washington openly and aggressively.  The Congressionally mandated commission has been asked to propose strategies to deliver better health care to veterans over the next 20 years.

Last week, as I have previously reported in The American Prospect, some commission members found out that seven of its members produced a proposal — one they actually call “The Strawman Proposal” — arguing for the total elimination of the VHA. If the commission, as a whole, endorses this plan in their final report, which is expected in June, and our Republican led Congress adopts it, the VHA would no longer deliver direct healthcare services to veterans.  They would become patients of a fragmented and expensive private sector system with the government footing the bill, as it does under Medicare, and jointly with the states under Medicaid.

According to the Strawman faction, the VHA is “broken” beyond repair and fixing it requires a “bold, transformational approach.”  This right-wing Republican line on Capitol Hill and in the mainstream media has been shaped by the Koch Brothers funded pseudo-veterans service organization, Concerned Veterans for America. (CVA)  (For more on CVA and Koch Brothers role in this debate see Alicia Mundy’s great article “The VA Isn’t Broken, Yet,” in the Washington Monthly).

Two members of the Strawman group are Darin Selnick, who works for CVA and Stewart Hickey (who led Amvets, the veterans service organization (VSO), which parted company with three other large VSO’s because it supported CVA proposals to privatize the VHA).   Their allies in the group include three high level hospital executives who stand to benefit financially from VHA privatization: Delos Toby” Cosgrove CEO of the Cleveland Clinic, David Blom, president of hospitals in the Ohio Health System, and Marshall Webster Senior Vice President at the University of Pittsburgh Medical Center.

Other signers are retired Rear Admiral Joyce Johnson, an Obama appointee on the Commission, who directed the U.S. Coast Guard’s health and safety systems. Johnson reportedly supported the use of the insurance plan Tricare to replace the provision of direct healthcare services at the Coast Guard.  When Google failed to ill illuminate her position, and I emailed her to clarify it, she replied that, “Since I am currently serving on the VA Commission on Care,  it’s not  appropriate for me to be interviewed at this time.”

Finally there is retired Marine Corps General Martin Steele, who has argued that caring for mentally ill veterans within the VHA presents an obstacle to their reintegration into society.

The proposal they have crafted is an exercise in incoherence, denial, and magical thinking.  The group believes that private sector hospitals would be willing and able to  recreate VHA Centers of Excellence and other programs like the San Francisco VAHCS’s Center  of Excellence in Epilepsy or Primary Care Education or Palo Alto’s polytrauma, blind or spinal cord injury rehabilitation programs. It also believes the private sector could fulfill the VHA’s research and teaching missions.  As one San Francisco VAHCS researcher told me, “Can you see my eyes rolling?”

By providing private sector providers with financial incentives, they argue that hospitals, physicians, and other health care providers will produce the kind of integrated services that, even the authors acknowledge, are largely non-existent in the private sector.  In spite of all evidence to the contrary, they assert that the private sector can also be encouraged to provide veterans with the mental healthcare, housing, homeless, and programs the VHA currently provides to low income, indigent, and mentally ill veterans.  They thus blithely recommend dismantling what is, arguably, the only functioning mental health system in the country – the VHA’s.

An Independent Assessment of the VHA’s record on care delivery, mandated by the Choice Act, documents that the VHA outperforms the private sector on many measures, is equivalent on some, and marginally worse on only a few.  In spite of variability in the VHA system, the Independent Assessment repeatedly reports that the private sector healthcare system provides care with even more variability than the VHA.  Just last week, the Association of VA Psychologist Leaders posted yet another review of the scientific studies on VHA care which document similar outcomes.

In their document, the Strawmen justify their position on total privatization by pointing to the fact that the VHA is having trouble hiring new recruits to fill many staff vacancies because of the “stigma” attached to working at the VHA.  They also argue that the current VHA workforce suffers from “poor morale” and a “culture of fear.” Of course, VHA management practices could be significantly improved.  But if there is now a “stigma” attached to working at the VHA, a “culture of fear” within it, or demoralization among its current employees, that is, in great part, due to the bashing conservatives have unleashed in the media and Congress.

The way to remedy this problem is not to abolish the VHA but to set the record straight on its accomplishments and provide solutions to its real problems.  This is just what one veterans service organization, Disabled American Veterans (DAV) is trying to do now in a new social media campaign.  The campaign consists of short videos debunking various proposals to partially or fully privatize the VHA and then recommending real solutions that would improve VHA care.

Fortunately for the DAV and other veterans groups – The American Legion, and Paralyzed Veterans of America – that have already spoken out against the Strawman proposal, the Commission on Care has some members who are actually data-driven.  These include Michael Blecker, Executive Director of the San Francisco’s own Swords to Plowshares, David Gorman, a former executive director of the Disabled American Veterans (DAV), and Phillip Longman, senior editor of The Washington Monthly, and author of Best Care Anywhere: Why VA Health Care Is Better than Your’s.

They are receptive to proposals put forth by VHA Undersecretary of Health David Shulkin when he recently testified before the commission.  He proposes allowing veterans to use private sector providers when needed, while strengthening the VHA’s ability to deliver direct care as well as manage and coordinate any care veterans receive from private sector providers.

In his book as well as in his role on the commission, Phillip Longman has urged Congress to extend VHA care to all veterans (not just those with service connected disabilities and/or low incomes). He suggests that veteran’s spouses and their families should also be able to access VHA care and recommends establishing pilot projects that would allow non-veterans to purchase care in the system.   One group that could be included first are the over 200,000 non-veteran VHA employees who care for veterans but can’t access the high quality care they provide.  Just as most employees at Kaiser are covered by their own employer, VHA staff should be able to access the care VHA delivers if they so choose.

In the name of delivering what it calls “veteran centric” care, the commission’s pro-privatization faction want to squander the 70 -year investment that U.S. taxpayers have made in the largest and only fully integrated healthcare system in America.   While private sector hospitals and other providers talk about being patient-centered, few really are.  In spite of its many problems and the numerous obstacles it faces, the VHA has tried to create a truly veteran/patient centered system. Throughout California, many of us non-veterans who help pay for veterans’ care already know that having private health insurance is not the same thing as having access to reliable, affordable, high quality, integrated care.

Healthcare journalist Suzanne Gordon has authored 18 books, many on the problems of patient safety in the private sector healthcare system.  She is writing a new book on VHA healthcare and has spent the past year and a half visiting VHA facilities around the country.