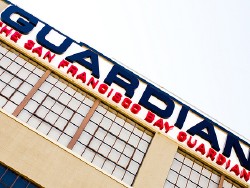 After San Francisco Bay Guardian editors Tim Redmond, Steve Jones and publisher Bruce Brugmann attacked a Mid-Market-Uptown Tenderloin payroll tax exemption as “corporate welfare,” one would expect the troika to go all out to defeat a new measure that provides far more millions in tax breaks to wealthy corporations in the city. But they have not. The reason is that, unlike the targeted tax break to revitalize two distressed communities sponsored by Mayor Ed Lee and Supervisors David Chiu and Jane Kim, the chief sponsor of this far more costly measure is Supervisor Ross Mirkarimi, the Guardian’s favorite politician. The result: virtual silence, and no Guardian articles attacking Mirkarimi for indiscriminately giving tens of millions of dollars in tax breaks to corporations located in even upscale areas, and who may never have even considered leaving San Francisco. If further evidence were needed that the Guardian’s definition of “progressive” is often subjective, disconnected from underlying policies and based on its personal relationships with the politicians involved, the case is now closed.

On February 1, 2011, Bay Guardian founder and publisher Bruce Brugmann offered the first of an ongoing stream of his publication’s attacks against a payroll tax exemption designed to facilitate Twitter’s relocation to Mid-Market and help revive the surrounding area. Arguing that granting Twitter a break would cause other high-tech companies to demand a similar deal, Brugmann concluded:

“We agree that the tech sector is an important part of the economy and that Twitter creates jobs in town and ought to stay here. But once you go down the path of caving in to corporate blackmail, it never ends.”

“Corporations constantly demand tax breaks from cities. And every time a city gives in (and let’s remember: the mid-Market tax break plan didn’t start with a need to help small businesses in the Uptown Tenderloin; it came from Twitter’s threats to move to Brisbane) then it opens the door for more blackmail. And if we’re going to make deals with these folks, let’s at least be honest about it.”

And responding to my charge that the Guardian strongly opposed the Mid-Market-Uptown Tenderloin tax measure as part of its ongoing campaign against District 6 Supervisor Jane Kim, Tim Redmond insisted:

“I’ve been at the Guardian for more than 25 years, and I’ve written more than 1,000 editorials, and I can’t remember every one of them, but I’m pretty sure we’ve never supported this kind of tax break, either – for anyone, anywhere. We would have opposed it if Debra Walker suggested it; Jane Kim happens to be a sponsor of this particular deal, but there’s nothing surprising – or personal – in our position.”

On May 3, the Guardian’s favorite Supervisor, Ross Mirkarimi, issued a press release describing his sponsorship of “Landmark Legislation” that aims to retain companies undertaking IPOs in San Francisco by not collecting payroll taxes on stock options.

According to Mirkarimi’s release, “San Francisco is the only city in California that levies a payroll tax and one of the few in the nation to tax stock options. Meanwhile, the San Francisco Controllers Office finds that future tax liability associated with stock options appears to be a significant incentive for successful tech companies to locate outside the City.”

Thank goodness we have Bruce Brugmann and the Guardian to rail against a plan to give mammoth tax breaks to corporations regardless of whether they have plans to leave San Francisco. The Mirkarimi legislation will cause at least ten times and potentially over 100 times as big a hit to the city’s general fund as the targeted “Twitter” tax break that the Guardian described as creating a “massive tax giveaway zone.”

But the Guardian is not railing against Mirkarimi’s citywide stock option tax break, which Redmond believes benefits “several hundred instant multimillionaires and possibly a couple of instant billionaires.” And the obvious reason for the Guardian’s behavior is that the Twitter measure enabled them to continue bashing Jane Kim while they always – and I mean always – give Ross Mirkarimi a pass.

Mirkarimi is a member of the Guardian Gold Club, an inner circle reached via his prior role as media spokesperson for the paper’s public power campaigns. The Guardian is no more likely to criticize Mirkarimi for leading the drive for what may be the city’s biggest corporate tax break ever than it is to chastise him for promoting the anti- rent control cause (predictably, Tim Redmond made it his business to write a defense of Ross’ comments, and Mirkarimi left me a message stating that I “mischaracterized” the intent of his words).

After the Guardian defined the Mid-Market-Uptown Tenderloin payroll tax exemption as “corporate welfare, ” it should see the far more massive and non-targeted Mirkarimi stock option break as corporate welfare on steroids. But the shift in sponsoring tax breaks from Lee, Kim and Chiu to Mirkarimi has brought a dramatically different response not only from the Guardian, but also from SEIU Local 1021.

SEIU Local 1021 waged an all-out campaign against the Twitter tax measure, including citywide e-mail blasts targeting Supervisor Chiu and robo-calls aiimed at both Chiu and Kim. According to the Guardian, SEIU 1021 official Gabriel Haaland distinguishes the Twitter measure from the stock option exemption on the grounds that “One is a sleazy land grab and the other is honestly trying to deal with tax policy.”

In other words, a payroll tax cut limited to two economically distressed neighborhoods is a “sleazy land grab,” but a payroll tax exemption that covers corporations in upscale areas and throughout the city is “honestly trying to deal with tax policy.”

Yes, you read that right.

While SEIU argued that the city could not afford the limited geographic tax exemption, it has not questioned the far greater losses to the city’s coffers — in the tens of millions of dollars — caused by Mirkarimi’s stock option measure.

And for those who argue that there is not really a general fund “loss” because the city has not been collecting payroll taxes on stock options, the same was true with the “Twitter” exemption. Twitter and other eligible corporations will continue paying taxes on their current payrolls, with the exemption only applying to net new hires for whom the general fund has never collected payroll taxes.

It’s also curious that while Mirkarimi particularly objected to the lack of a completed Community Benefits Agreement connected to the Twitter measure, his legislation does not even contemplate community benefits. Corporations benefiting from the stock option exemption will not have to help any neighborhood, the public schools, or any public space.

The Guardian has also been silent on this.

In the Guardian’s world of “progressive” politics, it’s who you know and are beholden to that gets you in the doors.