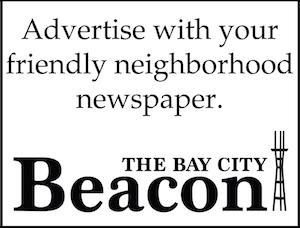 It sounds hard to believe in this era of newspaper layoffs and closures, but San Francisco now has another print newspaper to read and argue about. The Bay City Beacon releases its first ever print edition today, using a volunteer campaign to distribute 25,000 physical copies throughout merchant corridors, at local events, and at BART and Muni Stations during commute hours.

The Beacon has been online since January 2017. According to publisher Andy Lynch, the paper “is dedicated to reporting ‘the news behind the news’ in San Francisco by delivering daily coverage of the City’s political landscape and analysis of major issues.” Lynch says the paper’s writers include “roughly a dozen contributors, most of whom have been involved in and around San Francisco politics and who are dedicated to telling the stories of a changing San Francisco.”

The Beacon has a strong pro-housing slant. When Lynch refers to the paper “highlighting different voices in our city,” some will interpret this to mean the voices of those promoting more housing at all income levels as essential  for addressing the city’s affordability crisis.

In other words, the paper will have an editorial perspective on  issues affecting San Francisco. Like all newspapers have. Lynch told me that dissenting voices will be encouraged, which should increase reader interest.

I wish the paper all the luck. San Francisco can always use more news sources, and readers should not come to any newspaper expecting to agree with everything they read.