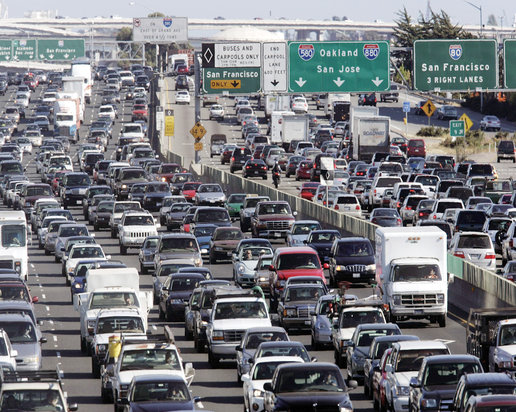 Now that a second BART tube is on the political radar, it’s time to look at other overdue strategies for making the inner Bay Area less dependent on cars. For example, extending BART to Emeryville, a city clogged with parked cars. Or expediting MUNI service from Market Street to Mission Bay.

Inadequate public transit lies behind a new study by the Metropolitan Transportation Commission  that found Bay Area residents took 100,000 fewer trips on public transit on a typical weekday in 2013 than in 2001. While a transit district spokesperson blamed the decline to it being “as difficult as ever to entice people out of their cars,” this ignores that people often drive due to a lack of  public transit options. The sad reality is that  the inner Bay Area still lacks a reliable transit network allowing most people to give up cars.

Not mentioned in the SF Chronicle report on the study is that Oakland and Berkeley bus services have been decimated since 2001, leaving residents more car dependent. MUNI’s cuts to evening and weekend service and BART’s late night inadequacies leave many with little choice but to drive to and around San Francisco outside weekday commute hours.

The federal government has starved public transit for years. And as with the nation’s affordable housing crisis, federal inaction— in this case Republican opposition to public transit funding—is a major cause of the problem.

San Francisco’s Mayor Lee loves the idea of a second BART tube. But this critical project is the exception when it comes to BART’s misguided priorities. BART’s preference for extending the system outward rather than increasing routes within the system where more people live (to places like Emeryville) is the chief problem. BART would have been better served refunding all of the sales taxes paid in outlying areas like Pittsburgh than in funding extensions that have proved cost prohibitive on a per rider basis.

Opponents of BART’s costly three-mile extension to the Oakland Airport provided detailed plans for a more effective use of transit funds, but were rebuffed. The politics of public transit spending prioritize construction over adding new buses, trains and routes.

A new BART tube fits this priority. But so would extending BART to Emeryville and connecting at West Oakland station. This would reduce cars in mall-heavy Emeryville and enable Berkeley, El Cerrito and Richmond BART riders to take a more direct route to San Francisco than the current roundabout journey through downtown Oakland.

But some of the best use of transit dollars does not require tearing up streets for new lines. For example, the difficulty in using public transit to get from Noe Valley, the Castro, Bernal Heights and the city’s southern neighborhood to the Marina, Richmond and areas to the north could be solved by more buses.

Last week, California Assembly Speaker Toni Atkins announced a $10 billion transportation spending plan over the next five years. Based on popular response to the plan, and Governor Brown’s willingness to spend whatever it takes for high-speed rail, Adkins may have found a way for the Bay Area to address some transit priorities.

Brown has been justifiably criticized for opening his wallet on high-speed rail while practicing fiscal austerity on housing and other urgent needs. But he has made it easier for elected officials to go big on public transit, as a second BART tube or any other project is a bargain compared to high speed rail.

With the Koch Brothers leading GOP attacks on new federal public transit dollars, new state funding in California could be the only hope for major upgrades in the near future. The national debate over raising the federal gas tax does ensure that public transit funding is on politicians’ radar through the 2016 presidential election—-after being largely ignored in the 2008 and 2012 campaigns.

In the meantime, the lack of federal dollars means more frustrated drivers and more public transit users shifting to bicycling.  While some drivers take their anger out on   bike activists for increasing bike lanes, the fact is that absent more bicycling traffic would be even worse.

Angry drivers should be demanding that Congress allocate the funds necessary for dense urban areas like the Bay Area to create effective transit networks.  Ultimately, California and local governments cannot do it alone.