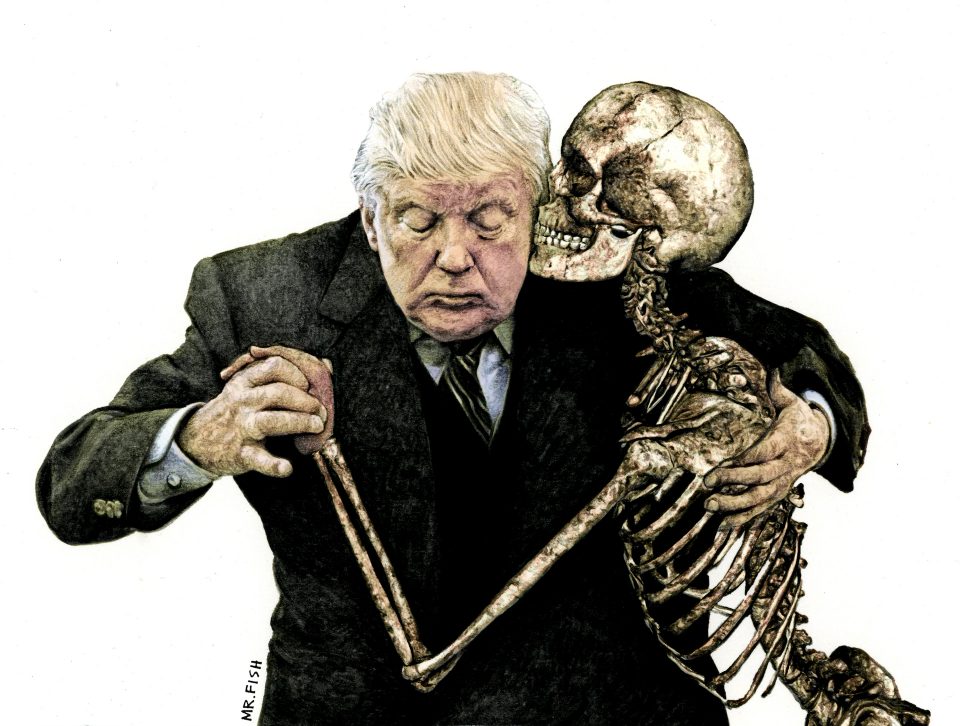 Personal concern about the meaning of Trump’s election led acclaimed Bay Area filmmaker Jay Rosenblatt to contact filmmakers he knew regarding participating in a project.  “Filmmakers Unite (FU),” the resulting anthology project, brings together a baker’s dozen worth of short films about the threats to American democracy posed by Trump’s America.  From October 5-11, 2018, interested viewers can see this collection of short films at San Francisco’s Roxie Theater.

As Rosenblatt explained to Beyond Chron via e-mail query, the genesis of the project dates back to Fall 2016.  While working on a short film, Rosenblatt noticed that his film’s themes actually related to Trump’s election. He suspected that the national upheaval and shock could spur other filmmakers to “create something about what was going on in the country.”  Rosenblatt asked his friend, acclaimed Bay Area documentary filmmaker Ellen Bruno, to help produce this collective project. Bruno, whose prior films have focused on human rights issues, agreed to become a co-curator.

A call was put out to about 200 filmmakers for contributions to this project.  All Bruno and Rosenblatt asked was that the work be “under ten minutes and done quickly and cheaply” and finished in about five months.  50 filmmakers expressed interest in this collective project. 30-35 of them submitted pieces. Out of that pool, thirteen films were selected for exhibition.

Compared to “Underground Zero,” the 9/11-inspired short film anthology Rosenblatt co-curated with filmmaker Caveh Zahedi, he and Bruno had far fewer films to choose from.  But, notes Rosenblatt, daily inundation in new Washington D.C.-based insanity and drama may have left potential contributors too emotionally saturated to craft a response. The upside, he says, is that FU is “a more artistic endeavor than the news.”

Here’s what viewers can expect:

Opening the program is former media Creative Director Sarah Clift’s debut short “The Good Mother.”  It asks how far a mother would go to obtain her son’s birthday gift. In the titular character’s case, it’s the willingness to take an epic journey across Mexico.   But then, her timely gift is a Donald Trump pinata.

Directors Pacho Velez (“The Reagan Show”) and Nicole Salazar (contributor to The New York Times and The Intercept among others) present “The Starting Line.”   Its setting is the Tijuana border crossing between the U.S. and Mexico. But the film doesn’t cover an ordinary day of operation. News reports deliver details of Donald Trump’s inauguration, and those reports affect the people making the crossing.

“Who Matters?” comes from Oakland-based Afro-Xicana experimental filmmaker Shy Hamilton.  Using a large assortment of gifs, she questions whose voices are worth listening to in American society.

Children become the casualties of anti-immigrant bigotry in documentary essayists John Haptas and Kristine Samuelson’s short “This Is My Home.”  Just making it through the school day turns out to be less stressful for kids than dealing with manifestations of GOP-stoked anti-immigrant fear and hysteria.

What if your commute made you a captive audience for toxic right-wing talk radio?  Iraq-born documentary filmmaker Usama Alshaibi’s “The Muslim Meme” looks at the frustration and disgust felt by one commuter stuck listening to hate-mongering radio broadcasts.

“State Of The Union” is acclaimed independent film essayist Alan Berliner’s meditation on how America’s political divide was accelerated by Trump’s election.

Award-winning Bay Area director/editor Eva Ilona Brzeski’s “Fellow American” follows a filmmaker’s travels across the U.S. in this period of anger and division.

San Francisco-based animator Jeremy Rourke closes out the program with “A Fine Initial Act.”  It pays tribute to the link between joy and activism.

Make time to check out this collection of shorts that promises to give a more artful reading of the current American zeitgeist than the ramblings of David Brooks.

(“Filmmakers Unite” runs October 5-11, 2018 at the Roxie Theater (3117-16th Street, SF).  Filmmakers behind several of the shorts will appear in person at the October 6, 2018 screening.  For more information about the films and filmmakers, go here.)