The Real Winners, Losers in Election 2014 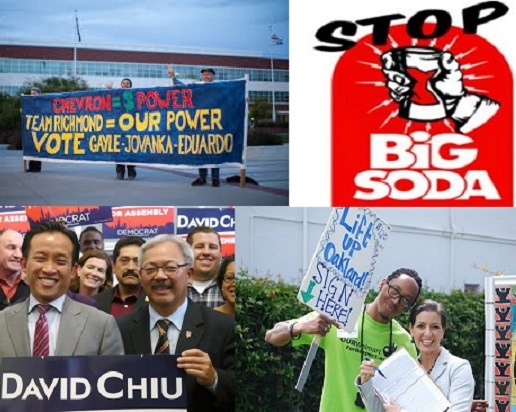 Mayor Ed Lee was not on the ballot this week, but he may be the San Francisco election’s biggest political winner. Prop A, the transit bond that was the mayor’s top priority, won handily. The mayor’s late endorsement of Assembly candidate David Chiu, which included a citywide pro-Chiu mailing “From the Desk of Mayor Ed Lee” and joint campaign appearances, also paid off as Chiu appears headed for victory.

I criticized Lee’s endorsement of Chiu, believing it was a “no-win” move for the mayor. I saw a Campos win as opening the door for a serious challenge to Lee’s re-election, and felt the Mayor was taking a large political risk for no political benefit.

But sometimes risky bets pay off. And if Chiu holds on to his apparent victory, it’s hard to see how Mark Leno or another candidate running to Lee’s left could win a citywide race against the mayor.

As I observed when the Campos-Chiu race began, “it is not a citywide race. If it were, Chiu wins easily by rolling up huge margins in the western side of the city (which Phil Ting represents). ”

If Chiu beats Campos among an electorate that excludes much of Mayor Lee’s core base, it’s hard to imagine the mayor losing to anyone in 2015.

Many of the mayor’s supporters were unhappy about the circumstances surrounding his Chiu endorsement. But the mayor comes out of the November elections stronger than ever.

Chiu’s victory represents another example of rising Asian-American voting power in San Francisco. A constituency once stereotyped as conservative, westside homeowners with a progressive wing in Chinatown is now a diverse, more progressive citywide political force.

Chiu does not beat Campos without piling up huge margins among Asian-American tenants in Chinatown, the Tenderloin, and other neighborhoods. The powerful Community Tenants of Chinatown backed Chiu and mobilized on his behalf.

Based on tweets and other postings by Campos supporters, one would think that there was a huge difference between the candidates on tenant protection/rent control issues. But there was not. Chiu actively promoted Prop G in the Chinese-language media, and backed CTA’s tenants’ rights agenda. The issues that led many tenant activists to favor Campos, Chiu’s support for the Parkmerced development and expanding short-term rentals, were not priority concerns for the Asian-American tenant base.

I know from past campaigns that the highest voting demographic in Tenderloin SRO’s is Asian-American seniors. Chiu’s campaign followed the model of Ed Lee’s 2011 campaign, getting this constituency absentee ballots and ensuring they were returned. Chiu’s large absentee vote advantage decided the race, and votes from senior Asian-American tenants were part of this.

San Francisco’s Prop E did not get a 2/3 vote, but it got more than 50% in the face of a $9 million opposition campaign. A majority vote soda tax measure will win next November, or in 2016. Berkeley’s 75% win for Prop D exceeded my own 60% prediction, and shows that there is a powerful coalition for soda taxes that no amount of negative ads can shake.

Both the San Francisco and Oakland minimum wage measures won in landslides. Kudos to Lift Up Oakland for moving a grassroots campaign forward and stopping the City Council from derailing it.

They lost their races but both ran campaigns that should leave them and their supporters proud. Siegel moved the entire Oakland mayoral campaign to the left. Campos worked tirelessly, and his passion for justice was clear. He came far closer to victory than anyone expected when the race began.

Chevron and the American Beverage Association top the list. You can’t spend that much money in local races and come up empty in Richmond and set the stage for a future soda tax defeat in San Francisco. Even worse for Big Soda is that billionaire Michael Bloomberg is encouraged by Berkeley’s landslide victory, and will likely be financially backing soda tax contests in other cities—which could include San Francisco, and possibly as soon as next year.

SEIU 1021 put huge dollars into the Campos Assembly and James Fang for BART Board campaign and lost both. The union’s support for Republican Fang itself became an issue, and it is hard to see Nicholas Josefowitz’s win as anything but a public referendum on Fang’s pro-union stance during the BART strike. SEIU 1021 also drew hackles for backing the pro-car Prop L, which lost badly.

The election was a catastrophe for organized labor. Governors like Wisconsin’s Scott Walker declared war on unions and still got re-elected, and labor’s vaunted GOTV operation failed to get infrequent Democratic voters to the polls.

California and the Bay Area were a different story, as unions mobilized to prevent anti-teacher zealot Marshall Tuck from defeating Tom Torklakson for state school’s chief. But labor had a tough night in San Jose, where it put major resources into electing Dave Cortese as mayor. Cortese appears to have lost a close race to Sam Liccardo, who ran a strongly anti-union campaign. Absentee ballots give Cortese a slim chance, but San Jose unions are likely to face a mayor who describes battling labor as “taking on the machine.”   While new Oakland Mayor Libby Schaaf is pro-labor, most unions backed Jean Quan or Rebecca Kaplan.

It takes a lot to get Mayor Ed Lee visibly angry, but the SF Apartment Association did the trick when it gave $50,000 to defeat Prop A, the transit bond. Lee described their opposition to a transit bond that increases the value of apartments as motivated by “some insane political reason that probably I can’t even comment on because it’s so extreme.” And even worse for the SFAA is that Prop A easily won, showing that voters ignored their charges against the mayor.

Of course, while the SFAA is among our losers, owners of apartment buildings are doing great. Prop G’s defeat leaves real estate speculators free to continue speculator evictions for profit, worsening the housing crisis for all but those who profit from it.