BART Employees: Not as Greedy or Detached from Reality As You Probably Think 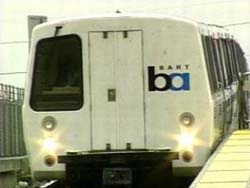 This week, the majority of BART’s employees will decide whether to accept executives’ offer for a contract covering the next four years of their service to the transit agency, or urge their negotiating team to keep trying. A lot of my fellow employees keep asking me if they should vote for it. And a lot of my friends and neighbors keep asking if I’ll recommend to others that they vote for it, panicked by the potential of a strike.

Since it matters so much to everyone in the Bay Area, I decided to pose the question back to the hundreds of thousands of riders who rely on BART every day to get around and are now paying more thanks to a recent fare hike: What do you think about the deal executives are offering?

It’s a question with a lot of potential to backfire. BART executives have spent big money on a PR machine aimed at making their employees appear greedy and out of touch (they’ve retained the same consultant who tried to pin the tiger mauling at the San Francisco zoo on the victim). BART executives have the distinction of being the only public agency in the country to spend time and money developing a Website whose sole purpose is to tar and feather its employees.

Executives have also stuck to their message with Dick Cheney-like discipline that they have a huge deficit, with their fingers pointing at employees as the scapegoat.

The fact is employees have good insights into how BART got into the position of having millions of dollars of red ink. And we’ve offered solutions aimed at short and long-term fixes: triple the number of years it takes to become fully vested for retirement benefits, accept President Obama’s stimulus money, stop wasting hundreds of thousands of dollars on the obscure BART TV, and stop moving money from the operating budget to the capital budget. We’ve also echoed the state’s leading transportation advocates, urging BART to scrap plans to spend $500 million on the Oakland Airport connector in favor of a more affordable rapid bus line—which would close their $250 million budget gap immediately.

Are any of these cost-saving measures in their offer to us? Nope. Instead, they’ve gone with strategies that hurt riders and employees on a day-to-day basis, but don’t change the structural problems that caused the deficit in the first place.

Several contracts ago, they urged us to stop paying into Social Security in favor of an option available to public agencies which was cheaper for them. Now they want to take that away too, leaving thousands of employees without a safety net. Instead, we’ve offered $700 million in savings by increasing the retirement vesting period, but so far, they won’t take it Why? Because the shorter vesting period is most used by upper management to “gift” cronies with an excellent retirement package after token service.

And they refuse to address executive pay and compensation, even while they force furloughs, pay cuts and freezes on us. The top 18 executives made a combined $3.4 million in 2008, and received bonuses and raises this year. High level employees have also been informed by the General Manager that they won’t see any reduction in their take-home pay.

So, the choice is whether to accept a deal that doesn’t fix the real budget problems—thereby making it all too likely we’ll find ourselves in this very spot four years from now—and exports all of the pain to the workers and riders without requiring the executives who got the agency into this mess to take any responsibility or agree to any sacrifice.

If this were AIG, people would be outraged. BART employees, riders and taxpayers deserve a deal that will hold both employees and executives accountable.

Jean E. Hamilton is the President of AFSCME Local 3993.