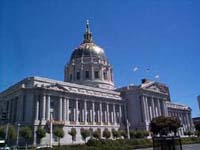 Progressives went on the offense this election cycle, using the ballot to push their agenda in arenas such as labor, tenant’s rights, and neighborhood planning. With the exception of an attempt to increase the city’s parking tax, a look at the Election Guide’s ballot arguments reveals the city’s left will face little opposition in this season’s fight. In addition, progressives appear unified on most of the issues voters will decide on this November. Whether this unity will translate into victory remains to be seen, but their cause will certainly be helped by most of the city’s moderate/conservative bloc appearing ready to sit on their hands the next couple months and let the cards fall where they may.

While local initiatives in San Francisco almost always serve as the battleground between the city’s political sects, the past few election cycles have seen progressives controlling the debate. Most measures have sought to push the left’s agenda, prompting largely defensive campaigns from downtown and property interests. This November will be no exception.

What does seem to be missing this go-around, however, is a unified, concerted effort from the city’s moderate and conservative forces to defeat a largely progressive agenda. While an increased parking tax does seem to have prompted some outrage, these groups will largely let political lightweights handle the ‘No’ campaigns for a variety of important measures.

Whether it’s exhaustion, apathy, the desire to save money for the Mayoral election next year, or this year’s supervisorial races siphoning money away from initiative campaigns, this November’s Election Guide depicts progressive’s opponents asleep at the wheel.

Proposition A would send $450 million for infrastructure repairs to the city’s schools. The entire Board of Education signed the pro argument, while only Terrence Faulker from the San Francisco Republic Party County Council signed the ‘No.’ The law does not allow paid arguments on school bonds, and unless local voters find themselves bond-wearyby the time the reach Prop. A, it could pass easily. Lack of public opposition can sometimes be misleading, however, as public figures sometimes remain fearful of coming out against school bonds and subsequently being painted as ‘anti-school’ or anti-child.’

Prop. F would mandate that businesses that do not currently provide sick days to employees do so. Labor groups declared their support for the measure, with the pro arguments signed by Young Workers United, Local 2, and SEIU 790. Paid arguments from Coleman Advocates, Mark Leno, Senior Action Network, the Democratic Party, and the Tenant’s Union help bolster the campaign.

Mike DeNunzio of the city’s Republican Party was charged with arguing against the measure, and dubs it a ‘job-killing attack.’ His only substantial back-up comes from the Chamber of Commerce and the San Francisco Association of Realtors, and a few merchants associations – hardly the tour de force many thought would come out in opposition to Prop. F.

Prop. H would increase the amount of relocation benefits landlords must pay to tenants who receive no-fault evictions, and it appears to be a slam dunk. Supervisors Aaron Peskin, Ross Mirkarimi, Tom Ammiano, Chris Daly, Gerardo Sandoval and Jake McGoldrick all signed on in support. The Democratic Party, Assemblyman Mark Leno, the Board of Education’s Eric Mar, several Rent Board Commissioners, and a slew of tenant, senior, affordable housing and homeless advocates all paid for pro arguments as well.

Once again, the Republican Party’s DeNunzio serves as the spokesperson for the ‘No’ effort, claiming the measure will cause all homeowners to pull their rental units off the market and prompt a housing catastrophe. A small group of the usual landlord advocates, including the Association of Realtors, Apartment Association, and Small Property Owners, agreed. This group’s record on ballot measures remains dismal, however.

Prop. G would put limits on formula retail stores moving into neighborhoods, mandating a broader public review process before such stores could open. Once again, Peskin, Daly, Mirkarimi, Ammiano, Sandoval and McGoldrick all signed on in support of the measure.

Supervisors Michela Alioto-Pier and Sean Elsbernd argue against it, a get back up from the Association of Realtors, Chamber of Commerce, Republican Party and SPUR. Once again, it’s a relatively sparse coalition for a measure that reads well and should appeal to most San Franciscans.

Prop. E represents the one measure that appears to have unified the city’s right. An increase in the parking tax, the proposal would net the city’s General Fund $22 million a year. Livable City and Sierra Club Bay Chapter chair Howard Strassner argue for the measure, with Senior Action Network and SEIU 790 signing on in support as well.

The list of detractors is a long one. Luckily, however, the official argument comes from Gail E. Niera, who ascribes herself with the dubious distinction of being the “only community-driven compassionate elected member of the San Francisco Republican Party.” Her argument, however, seems a bit less than compassionate, claiming that voters “should not pay the unjust consequences for the slugs running our city services and the politicos conspiring with them.”

Mayor Gavin Newsom, Association of Realtors, BOMA, Republican Party, Teamsters Local 278, Chamber of Commerce, Hotel Council, Golden Gate Restaurant Association, Union Square Association, Firefighters Union Local 798, Plumbers Union and the Taxpayers Association all signed on against the measure. If there’s big money spent on any of this year’s measures, expect it to go towards the ‘No on E’ campaign.

Check Beyond Chron tomorrow for a review of the remaining ballot arguments.