Attacks on “Tech Culture” are Misguided 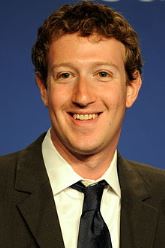 Last week’s Twitter IPO triggered stories about “tech culture’s” impact on San Francisco and the broader society. It made me ask: is there really a culture of tech outside the workplace, and, if so, what is it? More importantly, does labeling popular activities among young workers as “tech culture” create divisions among people who otherwise could be working together to solve social problems? Many (including myself) have identified the term with a libertarian political philosophy, hostility to unions, and overwhelming white and Asian-American workers under-40 without kids. It is also identified with the rise of artisan coffees and foods, wine bars, upscale restaurants, and the now legendary $4 toast that led the Courage Campaign to launch a petition to Mayor Lee regarding the city’s rising costs.

But associating “tech culture” with the politics of the tech elite, as occurred after Facebook’s Mark Zuckerberg’s founded a pro-immigration reform group that ran opportunistic ads supporting the Keystone XL Pipeline and drilling in the Arctic National Wildlife Refuge, makes little sense. It is akin to assuming that the opinions expressed by the head of General Motors in its boom years reflected the views of auto workers. And on the cultural side, it was artists and hipsters who popularized Stumptown or Philz Coffee and artisanal cheeses, not tech workers. Stigmatizing young workers for their affluence is a strange way to build broader movements for change, particularly when tech workers share many progressive values and goals.

When we hear that most employees at Twitter and Square ride bikes to work, and that few arrive by car, does that mean that “tech culture” is environmentally conscious? Or are tech workers part of a larger young demographic concerned about climate change and global warming?

These types of questions should cause us to pause before labeling activities by tech workers as part of a distinct “tech culture.”

What many in San Francisco criticize as “tech culture” is a more widespread and expensive version of what hispters and bohemians previously created. Consider the archetypical urban gentrification saga of artists moving into a rundown neighborhood. They open up cafes, hip restaurants and vintage clothing and craft stores only to be displaced by more affluent residents (some of whom may work in tech) attracted to such culture.

The result of this process is not the creation of a “tech culture.” After all, artists created this culture, not techies.

The biggest problem with the increasingly hostile criticism of tech workers and “tech culture” in San Francisco and other cities is that it is divisive. Why activists would make a special effort to alienate a growing sector of the electorate in any city is a mystery, particularly when young tech workers are potential recruits to many progressive causes.

Some progressives talk about tech workers as if they are spreading an infectious value system that is eradicating what San Francisco has always been and is supposed to be.

Voting results since San Francisco’s dot-com boom shows the city has not become more politically conservative despite rising affluence. San Francisco is at least as progressive today as in the 1980’s, and the November 2012 election results confirm this.

Tenant activists proved as far back as the Prop H campaign in 1992 (which cut annual rent increases in more than half) that affluent tenants also vote their economic interests. The tech workers paying the $3000 monthly rents will support greater tenant protections, and are not going to vote to weaken strong rent and eviction controls that protect their own tenancies.

I am hard pressed to think of any issue area where tech workers, and the fictional “tech culture” is overriding progressive San Francisco values. And on issues like bike lanes, support for the arts, affordable housing, reducing homelessness, improving public transit, and many others, tech workers will prove a great asset to progressive campaigns.

Those demonizing an evil “tech culture” and alienating thousands of young tech workers are missing a great opportunity to build broader campaigns for causes they care about. It is a roadmap for political isolation, and a strategy progressives continue to pursue at their peril.

Randy Shaw is Editor of Beyond Chron. He discusses forming coalitions with non-traditional allies in his new book, The Activist’s Handbook, Second Edition: Winning Social Change in the 21st Century,