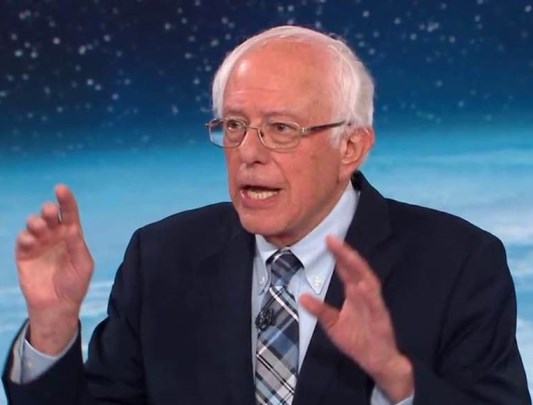 Now that Bernie Sanders has dropped out, it is time to assess his failed 2016 and 2020 campaigns, which did not increase turnouts by younger voters. Future left-liberal candidates in Democratic Party primaries should not make the same four serious mistakes he did, none of which has anything to do with the endless chattering about his age, health, or personality.

First, Sanders refused to say he is a Democrat. But “social identities” do matter, and party identity is an extremely important social identity for many people in the United States. There is strong evidence that people change their views on specific issues to fit their party social identity. Even so, Sanders would not say he is one of “us” to those who identify as Democrats. This made it all the more difficult for many liberal and centrist Democrats to listen to what he had to say, and to feel they could trust him.

Second, Sanders demonized his main rival in 2016, Hillary Clinton, especially by focusing on her speeches to Goldman Sachs for large honorariums. When campaigns descend into personal attacks, it is far less likely that most voters will pay any attention to the insurgents’ message. Such attacks also create long-lasting enmity between the most dedicated supporters of the rival candidates. For the most part, Sanders avoided these mistakes in 2020, but the ill feelings toward him from the 2016 campaign lingered on among many moderates. And some of his 2020 campaign supporters have launched a #NeverBiden effort that may or may not persist and have an impact in November.

Third, and directly related to the previous point, by not supporting Clinton in 2016 soon enough or strongly enough after she received the party’s nomination, Sanders may have made it easier for some of his supporters to forego strategic voting and opt for the Green Party presidential candidate.  If so, they lost sight of the electoral rules that have made a two-party system all but inevitable since the Constitutional Convention 231 years ago. Those rules most importantly include the fact that a simple plurality of votes, not a majority, decides the election. This atypical rule for democratic elections leads to the strong possibility that the presidential elections, once they are funneled through the Electoral College, will lead to a president who receives less of the nationwide popular vote than the main rival candidate, as happened in 2000 and 2016.

Finally, Bernie Sanders is not a “socialist” in any sense of the term, which refers to people who advocate government ownership of large corporations, and a government planning agency that is supposed to receive input directly from the local level. Since Sanders did not advocate either government ownership or government planning, it was counterproductive for him to use a highly charged label for his non-socialist views. When he said he wants to end “socialism for the rich,” that inaccurate catchphrase merely meant the elimination of loopholes and massive tax breaks for the top 0.5%, the end of government subsidies for corporations, and tighter government regulation of the marketplace. When he referred to Denmark as a model for what he wanted to see in the United States, he was referring to a country with overwhelmingly private ownership of companies, combined with a comprehensive social safety net for all citizens and tight government regulation of businesses.

It follows that Bernie Sanders should have put forward a workable program for greater economic democracy, which could be legislated by Congress and carried out through specific government actions. It would start with a gradually increasing tax rate that leads to the top 0.5% paying in the 60-70% range. It would vastly expand government social insurance benefits from childhood to old age.  It would extend democracy into the economic marketplace through the proven tools of lowering tax rates on socially useful goods, services and renewable energies; subsidizing the increase in the production and marketing of socially useful goods, services, and renewable energies; and increasing government purchases of the goods, services, and renewable energies that American citizens, speaking through a Democratic majority in Congress, want to have in greater volume. Finally, economic democracy would include strong government regulation of the marketplace.

Insurgent campaigns in primaries by candidates who identify strongly as Democrats can be useful if they present workable blueprints for a more democratic, inclusive, and egalitarian future. But insurgents can’t win without convincing the moderate center, which includes most Democrats.

William Domhoff is a Distinguished Professor Emeritus and Research Professor in Psychology and Sociology at the University of California, Santa Cruz, and most recently the author of The Corporate Rich and the Power Elite in the Twentieth Century: How They Won, Why Liberals and Labor Lost (Routledge, 2020).