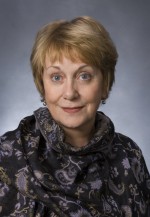 It is wonderfully fitting that two days after San Francisco tenants won a hard fought, 8-3 legislative victory on condo conversions, Christine Minnehan will receive a lifetime achievement award from Tenants Together at its Fifth Anniversary event on June 13. Minnehan was a master of legislative struggles. She led California tenants’ state legislative advocacy for thirty years, often walking the Capitol corridors day and night to secure votes. Minnehan, both as an aide to State Senate leader David Roberti and as the longtime advocate for the Western Center on Law and Povery, played a critical role in nearly every tenant and affordable housing legislative victory won in California from 1981 to 2011. The combination of John Burton’s pro-tenant State Senate leadership and Minnehan’s tireless advocacy brought victories on issues from affordable housing funding to Ellis Act reform, and it was a sign of Burton’s respect for her skills that when asked about pieces of tenant or housing legislation he would respond “go talk to Christine.” The Tenants Together event is at 111 Minna from 6pm-9pm, with full details here. Paul Hogarth wrote a BeyondChron article on Minnehan when she retired in 2011 that provides insight into her legendary career.