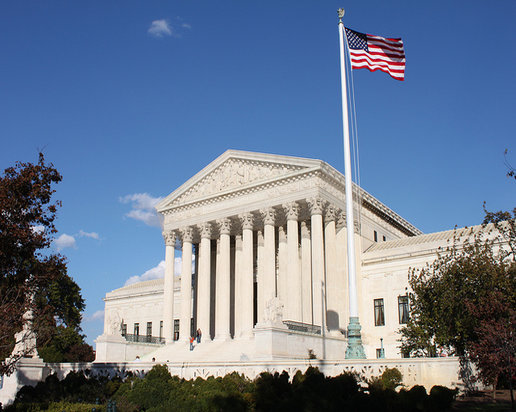 In the wake of Antonin Scalia’s sudden death, the Beltway press almost immediately began to seamlessly frame the unfolding debate about the Supreme Court Justice’s replacement along the contours of Republican talking points. To do so, the press continued its habit of looking away from the GOP’s stunning record of institutional obstructionism since 2009.

Immediately after the news broke of Scalia’s passing, Republican Senate leaders, GOP presidential candidates, and conservative commentators declared that the job of picking Scalia’s replacement should be performed not by President Obama, but by his successor.

Quickly suggesting that Obama was picking a “fight” with Republicans by signaling he plans to fulfill his constitutional duty by nominating Scalia’s successor, the press aided Republicans by presenting this radical plan to obstruct the president as being an unsurprising move that Democrats would likely copy if put in the same position during an election year. (Given the rarity of the situation precedents aren’t perfect, but it’s worth mentioning that during the election year of 1988, Democrats actually did the opposite, confirming Justice Anthony Kennedy unanimously.)

The framework for much of the coverage regarding the GOP’s radical demand that Scalia’s seat sit empty for a year is this: It’s Obama’s behavior that’s setting off a showdown, and of course Republicans would categorically oppose anyone Obama nominates. But journalists often don’t explain why: Why is it obvious Obama would have zero chance of getting a Supreme Court nominee confirmed when every president in the past has been able to fill vacancies?

It is unusual for a president to face a Supreme Court vacancy his final year in office? It is. But there’s nothing in the Constitution to suggest the rules change under the current circumstances. (Obama still has 50 weeks left in office.) It’s Republicans who have declared that all new rules must apply. And it’s the press that has rather meekly accepted the extreme premise.

Note that Republicans and their conservative fans in the media aren’t telling Obama that a particular nominee he selects to become the next justice is flawed and will likely be rejected after hearings are held. Republicans are telling Obama that there’s no point in even bothering to make a selection because the Senate will reject anyone the president names. Period. The seat will remain vacant for an entire year. That is the definition of radical. But the press still looks away.

For instance, Politico reported the president “was facing the choice between setting off a nasty brawl with Congress by seizing the best chance in a generation to flip the ideological balance of the Supreme Court, or simply punting.” The Politico headline claimed Obama had chosen to “fight” Republicans.

But Obama faces no real “choice,” and he isn’t the one who decided to pick a “fight.” As president of the United States he’s obligated to fill Supreme Court vacancies.

The New York Times stressed Scalia’s death had sparked “an immediate partisan battle,” suggesting the warfare ran both ways. But how, by doing what he’s supposed to do as president, is Obama sparking a “partisan battle”?

If Obama eventually decided to nominate an extremely liberal justice to replace the extremely conservative Scalia, then yes, that could accurately be described as sparking a “partisan battle.” But what could be “partisan” about the president simply doing what the Constitution instructs him to do?

Meanwhile, the Associated Press framed the unfolding story as Obama’s announcement being “a direct rebuttal to Senate Republicans,” without noting the Republican demand that the a Supreme Court Justice’s seat sit empty for at least a year is without recent precedent.

And BuzzFeed suggested Scalia’s vacancy is different because the justice was, “as one Republican put it, ‘a rock solid conservative seat,’ and given the divisions on the court conservatives will be adamant that one of their own replace him.”

But that’s not how Supreme Court nominations work. Obviously, while the Senate has the responsibility to advise and consent on nominees, the party out of power doesn’t get to make the selection. So why the media suggestion that Republicans deserve a say in this case, or else?

Again and again, the press has depicted Obama’s expected action in the wake of Scalia’s death as being highly controversial or partisan, when in fact it’s Republicans who are acting in erratic ways by categorically announcing they’ll refuse to even consider Obama’s next Supreme Court pick.

The sad part is this type of media acquiescence has become a hallmark of the Obama era. Republicans have routinely obliterated Beltway precedents when it comes to granting Obama the leeway that previous presidents were given by their partisan foes in Congress.

Yet each step along the way, journalists have pulled back, refusing to detail the seismic shift taking place. Instead, journalists have portrayed the obstruction as routine, and often blamed Obama for not being able to avoid the showdowns.

For years under Obama, Republicans have systematically destroyed Beltway norms and protocols, denying the president his traditional latitude to govern and make appointments. It’s sad that in Obama’s final year in office, the press is still turning a blind eye to the GOP’s radical nature.

This piece first appeared in MediaMatters.org