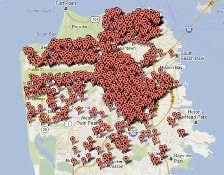 As hundreds gathered on Wednesday to protest the Ellis Act eviction of elderly Chinese-American tenants from their home of 34 years, the crowd would have been surprised to learn that the city’s Human Services Agency has recently unilaterally cut funding for Ellis Act eviction defense. The agency said that legal defense on behalf of longterm elderly tenants fighting to stay in their homes is not a sufficient “priority.”

On September 6, the Tenderloin Housing Clinic (which publishes BeyondChron and whose attorneys are partially funded to provide Ellis Act legal defense) was informed by HSA that, “ As a result of the shift in priorities and the available ongoing funding, HSA can only fund the Eviction Prevention contracts at 97% of their prior base.” Mayor Lee never supported this reduction, nor did the Board of Supervisors. HSA Director Trent Rhorer told me on September 16 that he “would guess that a $2000 cut will not affect your ability to continue to provide Ellis Act eviction defense.” But considering Ellis Act evictions are rising by 81% and legal defense is already underfunded, why should any cuts occur?

San Francisco officials often express frustration at the pre-emption of local eviction protections by the state Ellis Act. A key law passed to deter Ellis evictions during Willie Brown’s mayoralty was thrown out by the courts, which was consistent with the judiciary’s inventing and rewriting the Ellis Act so that it is virtually unrecognizable to the bill passed by the Legislature in 1986.

The actual Ellis bill was solely intended to allow owners to keep buildings vacant. That’s why its sponsor, Jim Ellis, said the bill would rarely be used.

But once courts expanded Ellis to say that the legislature could not have intended to limit owners to having vacant buildings, it soon became the agent for conversions to tenancies in common (TICs). The premise that the Ellis Act was needed to prevent owners from being forced to stay in the rental business has become a pure mockery, as speculators buy buildings only to “go out of the rental housing business” the very next day.

I was heavily involved in the only two successful state reforms to the Ellis Act. In 1999, we got seniors and disabled tenants a one-year notice period and higher relocation payments, while also overturning a series of bad Court of Appeal decisions wrongly expanding the Ellis Act preemption of local land use laws. In 2003, we got SRO’s exempted from the Ellis Act.

Neither victory was easy. We used to say that legislators went to bed with two books next to them, the Bible and the Ellis Act.

I’ve read a lot of comments in recent days where people wonder why the strong Democratic majorities in the Legislature can’t win new Ellis restrictions. The reason is that Ellis is only relevant in rent control jurisdictions, and most Democrats in the legislature do not represent such districts. But real estate interests and their campaign donations are in every district.

When Aaron Peskin represented North Beach, he looked for ways to address Ellis evictions. He initially secured Board funding for Tenderloin Housing Clinic attorneys to represent those facing Ellis evictions, and THC represents the vast majority of tenants in Ellis cases represented by legal counsel.

THC receives $125,000 for providing this service, less than the salary of a first-year associate in a big law firm. THC attorneys include Steven Collier and Raquel Fox, who are the city’s most experienced and skilled Ellis Act defense attorneys. Both have over two decades of experience litigating on behalf of tenants. The other THC attorney, Matt Mcfarland, is also among the city’s leading experts on Ellis Act eviction defense.

This grant of $125,000 is obviously not sufficient to represent all those who deserve legal representation in Ellis cases. That’s why HSA’s $2000 cut is so disturbing. An already under budgeted program should not be cut when the underlying problem—Ellis evictions—is getting much worse.

If Ellis Act eviction defense is not a top HSA priority, why isn’t it? Is the agency that disconnected from the acute suffering and hardships of vulnerable tenants facing Ellis evictions?

HSA could have found $2000 in a lot of places (and probably much more) instead of cutting Ellis eviction defense. But the voices of the Lee’s and the hundreds who came out to support them this week are not heard by the city’s human services agency, and it will take Board action to restore these funds.

Randy Shaw is Director of THC and Editor of BeyondChron