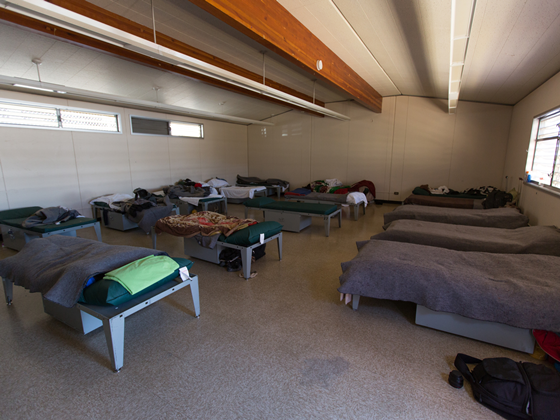 Supervisor David Campos and the SF Coalition on Homelessness are urging the city to soon open six more Navigation Centers. Claiming that San Francisco “has become known for our outdated, inhumane and ineffective homeless policies,” Campos wants the city to replace its widely praised “Housing First” model with a failed strategy of prioritizing shelters.

I certainly hope other progressive supervisors reject Campos’ bad idea. His “progressive” homeless plan would require San Francisco to increase annual shelter spending by an estimated $10-$15 million, not including the millions of dollars in one-time capital costs.

None of those millions of dollars would produce a single exit from homelessness. And the city would be spending more per bed to keep people homeless than to house the person in a nonprofit leased SRO.

That’s why expanding city shelters and “Navigation Centers” must be done cautiously and with considerable thought. Past experience with the city’s Multi-Service Centers shows that the financial feeding of these giant shelters divert funds from the permanent housing that ends homelessness.

Campos’ plan goes against everything San Francisco has learned about homelessness. It replaces the city’s Housing First strategy, which prioritizes permanent housing, with a Housing Last strategy that prioritizes shelters.

Progressives have backed Housing First since homelessness began in 1982. It has been official city policy since the days of Mayor Brown, and underlies Mayor Newsom’s voter-approved Care Not Cash program. Housing First has been adopted by the Obama Administration as its central strategy to reduce homelessness.

Why has Campos and his allies decided to prioritize large shelters without any accompanying exits? It’s not as if Campos has been beating down doors to fund homeless services during his eight years on the Board. Mark Farrell has been the supervisor leading efforts to increase homeless funding, not David Campos.

Campos has not been so desperate to open more Navigation Centers to actually arrange the city to operate a site in his home neighborhood Bernal Heights. Why not? Campos has never even proposed the city seek a site on Cortland Avenue or elsewhere in Bernal, and he has no plans to do so.

Supervisors and mayors talk about spreading the responsibility for addressing homelessness throughout the city, but then find one reason or another to avoid these principles of equity. Instead, it’s always “easier” or “more cost effective” to locate new services in SOMA or the Tenderloin.

After the current Navigation Center at 15th and Mission closes in June, Campos will have none in his district. I don’t know if camping critic Scott Wiener also wants more Navigation Centers, but if so it’s well past time for his Noe Valley district to do their fair share.

Campos appears to have jumped into the homeless issue because he is upset over blame he took from constituents about the Division Street encampment. He now wants to insulate himself by attacking the mayor. The buck clearly stops with the mayor on allowing Division Street to get out of control. Campos did not have to push a regressive, expensive and counter-productive shift in city homeless policy just to ensure that Mayor Lee was held responsible.

Under Mayor Dianne Feinstein, the shelter first model prevailed. That changed under Mayor Art Agnos. Agnos replaced the hotline hotel program with the Modified Payment Program and funded nonprofit acquisition of SRO’s for the formerly homeless.

After a strange period for homeless policy under Mayor Frank Jordan, San Francisco’s strategy of prioritizing permanent housing for the formerly homeless returned under Mayor Willie Brown. Brown initiated the SRO Master Leasing Program, which has brought more homeless people into permanent housing than any program not only in San Francisco, but likely the nation. Gavin Newsom’s Care Not Cash program provided a major new funding source for the master leasing program, resulting in the housing of thousands.

A homeless CAAP recipient who seeks housing under Care Not Cash can get an SRO room within two weeks. Often a room is available the next day. Yet David Campos insists homeless San Franciscans have nowhere to go.

Newsom enshrined Housing First as driving San Francisco homeless policy. So why is Campos and others now out to replace it with a failed strategy to greatly expand shelters?

One reason is that those deemed “homeless advocates” have long prioritized shelters over housing. The SF Coalition on Homelessness opposed both the expansion of the master leasing program and Care Not Cash. When the city under Newsom sought to close a St. Boniface shelter and redirect the funds to housing for the same number of people, the Coalition opposed it.

Rhetorically, many advocates claim to want to “empty the shelters.” Yet if there has been any plan to expand shelters that the Coalition has opposed it is news to me.

David Campos’ plan for six Navigation Centers is the type of warehousing of the poor that progressives normally oppose. Yet because Mayor Lee backs Housing First, his critics on the left are turning to large shelters for their alternative.

Campos’ attacks on Mayor Lee occurred as Art Agnos was defending “Camp Agnos” in the SF Examiner (“What was ‘Camp Agnos’ anyway”). According to Agnos, instead of reflecting his failure to protect public spaces the tent city in Civic Center Park “became the last resort for the most unpopular victims of the Loma Prieta earthquake.”

Agnos states, “in 1989, the homeless had nothing. FEMA declared the SRO hotels for the homeless were ineligible for disaster loans or rental assistance for those displaced from SROs. Even the Red Cross denied aid for housing, saying it wasn’t an agency that helped people homeless before a disaster. So “Camp Agnos” became the last resort for the most unpopular victims of the Loma Prieta earthquake.”

My organization, the Tenderloin Housing Clinic, was asked by a foundation to be a conduit for 28-day rental vouchers for all homeless people displaced by the earthquake. We got housing for so many people that it later became a front-page story in the San Francisco legal newspaper because we were initially denied Legal Services Trust Fund money due to our large amount of non-legal expenditures (THC simply received the money and distributed it; we took no administrative costs).

While they were housed through the vouchers, the city made major efforts to get them on public assistance. Agnos seems to have forgotten that his administration was funding THC’s Modified Payment Program and that by early 1990 we were on our way to housing 1000 formerly homeless General Assistance and SSI recipients at below market rents in SRO hotels.

No victim of the earthquake had to be sleeping in Civic Center Park. THC had housing for everyone on public assistance willing to pay rent.

The key phrase here, which also applies to San Francisco’s current camping crisis, is “willing to pay rent.” The occupants of “Camp Agnos” either had no income and decided not to get on aid or got public money and did not want to pay rent for an SRO room.

If you don’t want to pay rent, camping may be your only alternative. But the public did not believe that those electing not to pay rent should be able to take over Civic Center Park. If Agnos now believes that “the original reason for {Camp Agnos’} impromptu creation was ignored,” it’s because the earthquake was not the reason.

Agnos took the critical step of redirecting San Francisco homeless policy away from shelters and toward a Housing First model. I’ve long defended his homeless record and regret that Camp Agnos has overshadowed his successes.

But if San Francisco voters believed that Camp Agnos was an oasis for earthquake victims with no other options, they would have re-elected Agnos handily. That they instead defeated him over the issue is the best testament to how San Franciscans actually saw it.

Randy Shaw is Editor of Beyond Chron. He analyzed the politics around Camp Agnos in The Activist’s Handbook: Winning Social Change in the 21st Century