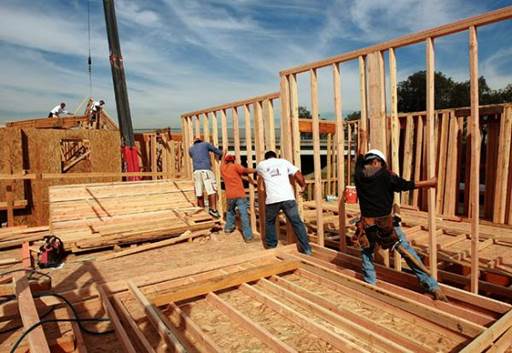 As the urban affordability crisis increases homelessness and prices out the working and middle-class, cities are responding in various ways. But to paraphrase the Los Angeles Times (“L.A. Spent $619 million on homelessness last year. Has it made a difference,” May 11), are cities making a difference in preserving and increasing housing for the non-rich?

Let me put the question another way. When Joe Biden said he would pursue a “middle ground” on climate change,  Democrats justifiably went ballistic. We need emergency measures to battle climate change, not half-baked compromises.

Yet the infill housing policies of the nation’s most progressive big cities reflect “middle ground” compromises that progressives attack Biden for supporting. Cities backing more housing are allowing luxury homeowners to exclude new apartments from their neighborhoods, the type of inadequate “middle ground” solution that got Biden in trouble.

It’s undisputed that long car commutes caused by exclusionary zoning worsen climate change. Yet too many cities are still failing to act.

Here’s my take on whether key cities are making a difference. I write about many of these cities in Generation Priced Out: Who Gets to Live in the New Urban America.

Nobody would have predicted one year ago that Austin would pass such a sweeping density bonus/affordable housing measure. The November 2018 elections set Austin on a more pro-housing course, but it took a brilliant policy plan by Casar and the hard work of Austin’s dedicated housing activists for this election win to be translated into new housing policies.

As with Austin, Minneapolis still suffers from affordability issues. The city desperately needs rent control and just cause eviction laws to protect tenants. But the city’s breakthrough on exclusionary zoning has made it easier for other cities to follow.

Denver continues to aggressively build more housing, including more affordable units. On March 21, the Urban Land Conservancy (ULC) broke ground for the Walnut Street Lofts, 66 units of permanently affordable housing in the historically African-American Five Points neighborhood. ULC acquired the site in 2011 when the neighborhood  was still blighted; it has since become gentrified and has lost nearly a quarter of its black population.

I highlight this project as an example of the “land banking” strategy that other cities should emulate. Nonprofits acquire strategic sites without waiting for available construction funding — and before land prices in the area skyrocket (ULC’s Walnut Street site has gone up 600%).  I recently urged Richmond, California housing activists to pursue this goal, which also helped preserve the low-income character of my home base in San Francisco’s Tenderloin neighborhood.

Colorado state law prevents Denver from enacting rent control and just cause eviction laws. A bill to overturn this preemption was introduced this year.

No American city has seen a greater recent shift to pro- housing policies than San Diego. And its being driven by a pro-housing Republican mayor and a growing YIMBY movement.

In March, Seattle finally passed its comprehensive Housing Affordability and Livability Agenda (HALA) plan.  I have a chapter on the city’s housing crisis and HALA  in my book.

Many housing progressives are deeply disappointed that only 6 percent of the city’s single-family neighborhoods (which cover about 65 percent of Seattle) are impacted by the new zoning. As my book describes, the city’s political establishment mistakenly caved into the fuss created by the Seattle Times and homeowner groups to limit the city’s housing needs (another example of wrongly deferring to the “middle ground”). But HALA opened the way for major new housing development which has already shown to have slowed rising rents and home prices.

HALA also included a Mandatory Housing Affordability density bonus plan. It grants developers  increased height and density in exchange for affordable units with rent control and eviction protections (which state law otherwise bars). The MHA does upzoning the right way, and is a model for other cities.

In book talks to Berkeley boomers I have found many support increased density.  Most consider themselves environmentalists and increasingly recognize that you can’t fight climate change without building infill housing.

Cambridge housing activists have been trying to pass a citywide Affordable Housing Overlay. The overlay allows four-story buildings in most residential neighborhoods and seven-story buildings along commercial corridors that already allow for some additional height.

Unfortunately, Massachusetts state law requires a 2/3 vote for local zoning changes that increase housing. Majority Council support for the Overlay is not enough, and advocates are still working to secure the 2/3 vote. Massachusetts has a Housing Choice bill to restore majority rule to housing, as the current supermajority requirement is a major contributor to the state building nowhere near as many units as it did in the 1980’s.

I have a long chapter on Los Angeles in Generation Priced Out which examines the causes of the city’s affordability crisis and offers solutions. A lot is going on in the city around housing which itself is a good sign.

Los Angeles’s population has grown by 1 million since 1970. Yet the city went decades not building anywhere near enough housing or shelters for low-income, working and middle-class residents.  The city was left with such an extreme crisis that progress is hard to identify. Those housed or sheltered with the $619 million spent on homeless services in 2018 likely fee the city is making a difference. Those still on the street may feel differently.

Similarly, no matter how much affordable housing and market rate projects get built,  those forced to live over an hour drive from their job are unlikely to feel that city policies are making a difference.

The LA City Council still allows powerful homeowner groups too much power over housing policies. As long as powerful homeowner and real estate interests call the shots, Los Angeles is unlikely to take the stronger measures  necessary to make a major visible difference.

In March, Portland’s Residential Infill Project, which would re-legalize fourplexes citywide, passed the city’s Planning and Sustainability Commission on a 5-4 vote. The City Council will not vote until the summer—a delay inconsistent with Portland’s extreme affordability crisis.

Portland’s fourplex plan goes beyond Minneapolis’ triplexes and would expand affordability. But as with Seattle’s lengthy HALA process, if politicians really saw the housing crisis as an emergency they would pass necessary changes on a much faster timetable.

On  the Haven Green affordable senior housing project that I write about in my book (aka Elizabeth Street Garden), it appears that Councilmember Margaret Chin and Habitat for Humanity NYC have politically overcome the wealthy and powerful Greenwich Village interests opposed to the project. It’s not over until its over but this combination of a courageous local politician, savvy housing group and local housing activists has won the political fight. Overall, New York City as a whole talks housing affordability but routinely falls short. Critical for many NYC tenants is the outcome of state legislation to expand and strengthen the city’s rent control laws (See the Housing Justice for All campaign which is among the groups holding a sit-in today in the State Legislature chambers in Albany)

Oakland is enjoying an unprecedented housing boom. I do not put it in the top category solely because when thousands of units were approved the city lacked an inclusionary housing law mandating affordable units. The city will regret this.

San Francisco suffered a steep drop in new housing construction from 2017-2018, as rising construction costs and the city’s glacial housing approval process took a toll. Although Mayor London Breed is arguably the nation’s most pro-housing big city mayor, the Board of Supervisors regularly uses its power to stop projects.

Breed is backing charter amendments that will expedite affordable and teacher housing, and is openly critical of all the hoops and hurdles the city foists upon builders. But San Francisco remains a city where affordable apartments are banned on most buildable land, and where “progressives” align with luxury homeowners to prevent new apartments.

Last week, California Governor Gavin Newsom followed his May Revise budget talk by saying about housing, “If people are not willing to do what I think is right and address the issue that defines more than any other issue … the reason our poverty rates are so high …  [to] address the dream, to address the middle class crisis, we have to address this issue. Otherwise we’re fooling ourselves and I don’t want to be part of that charade for the next eight years.”

We need to stop fooling ourselves about housing. That means replacing “we can’t build our way out of the housing crisis” (which nobody I know believes we can) with “we must build enough housing to meet population and jobs growth.”

The middle ground is the wrong place to be on housing and climate change, and cities must immediately start doing more on both.

Randy Shaw is Editor of Beyond Chron. He covers all of these cities in Generation Priced Out: Who Gets to Live in the New Urban America.