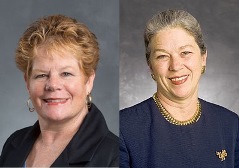 Since the start of the BART strike, the San Francisco Business Times has sent a daily e-mail update asking “Are BART workers overpaid”? Not surprisingly for a publication that combines outstanding business and real estate reporting with an anti-regulatory editorial slant, most voters said “yes.” But in asking a leading question designed to unfairly castigate workers, the Business Times—along with much of the media—has ignored how BART executives are grossly overpaid.

BART GM Grace Crunican got a starting salary in 2011 of $300,000 despite being forced to resign from her position as Seattle’s Director of Transportation after both candidates in the 2009 Seattle mayor’s race pledged to fire her. Seeking new employment, Crunican applied to be county administrator of Clackamas County, Oregon in 2009; she did not get the job. Despite being forced to resign in Seattle and being passed over in Oregon, BART gave her a $300,000 starting salary and a $20,000 raise only six months into her job.

Crunican’s excessive compensation reflects a long history of BART executive bloat. Her predecessor, Dorothy Dugger, received $330,000 in 2012 despite not working for BART during the entire year; incredibly, the former GM was allowed to accrue, and get paid for, 3100 hours of unused vacation pay. After being forced out of the GM’s position due to poor performance—for which she received a $980,000 separation payment— Dugger became BART’s highest paid employee in 2012 while retired. With BART executives using public funds as a private treasure chest, it’s no wonder management’s financial claims toward its unions have no credibility.

As the media promotes the notion that BART workers earning $60,000 a year are “overpaid,” it has completely ignored the excessive compensation of BART executives. Grace Crunican’s excessive salary and the 6.5% raise she got after six months (while worker pay has been frozen since 2008)) was not even mentioned in the SF Chronicle’s recent profile of her. When Crunican told the Chronicle that BART workers needed to understand that there are a “lot of people who still aren’t getting any raises at all,” she clearly was not talking about herself.

BART workers are allegedly “overpaid” because it is claimed that many people would be willing to do their jobs for even less money. But if that is the test—and it is a foolish one that makes the U.S. President the most overpaid job of all—then fiscally conservative critics like the SF Business Times might ask why BART paid Crunican a $300,000 starting salary when she was effectively unemployed.

In its zeal to portray BART workers as greedy, the media has ignored an executive culture at BART that promotes perks over performance. Asked by the San Jose Mercury News to respond to the retired Dugger earning $330,000 in unused vacation, Crunican said that “allowing top executives to bank such time ‘might be a nice reward’ for working hard and being innovative.”

I’ll agree with Crunican on one point—Dugger was “innovative.” You have to be innovative to get paid $330,000 in public funds while retired, and after BART board members nearly fired Dugger in February 2011 for her “poor communications skills, her interaction with the board, her handling of the aftermath of the Oscar Grant killing and the 2010 loss of $70 million in federal funds for the Oakland Airport Connector.”

The BART Board did not fire Dugger for her poor performance. Instead, they paid her a whopping $980,000 to resign two months later.

According to BART’s press release, roughly $600,000 was for the cost to BART of Dugger’s severance package had she been terminated. Was there any need for BART to offer such a severance deal as an incentive to attract career BART employee Dugger to take the top job? Of course not. But when BART executive compensation is at stake, money (from the taxpayers) is no object.

So while BART feels SEIU 1021 and ATU 1555 workers deserve nothing after getting no wage hikes since 2008, it had no problem doling out nearly a million taxpayer dollars to a failed GM. And the Board did not even include Dugger’s unused vacation as part of the settlement, enabling her to get $330,000 on top of the $980,000 windfall.

How do you think it makes BART workers feel when they read that Crunican sees Dugger’s ripping off the public trough as a “nice reward”? Dugger retired from BART at 57, and gets a $181,000 annual pension.

The excessive overpayment of GM’s is only a small part of BART management’s extraordinary misuse of taxpayer dollars. No wonder BART workers disbelieve management’s claims it cannot “afford” to increase station safety, or give wage increases to employees far less than what they give to top managers.

So are BART executives overpaid? Absolutely.

Another unreported part of the BART labor dispute is the curious lack of union support by newly elected Board member Zakhary Mallet. Funded by contractors angry at incumbent Lynette Sweet’s concern with BART’s poor record on minority subcontracting, Mallet also won the endorsement of Assembly member Tom Ammiano in the race.

Ammiano has always backed workers and organized labor during his long political career, and one wonders if he is aware that Mallet—unlike former member Lynette Sweet—is not encouraging management to bargain fairly. Elected at 25, Mallet may feel that his lack of experience requires him to defer to management; but his pro-worker constituency (many of whom may have backed Mallet’s due to Ammiano’s support) deserves a representative who protects workers interests.