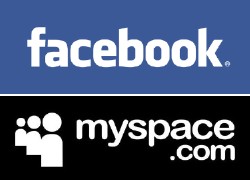 How well I remember nuns in grade school warning us about the dangers of television. It was going to dehumanize us by making us more concerned about watching other people’s fictional lives than developing relationships with real human beings.

Now, the Archbishop of Westminster Vincent Nichols, who is the head of England’s four million Roman Catholics, is taking a page from those nuns. He recently described Facebook, MySpace, cell phones and other popular means of communication among young people as “dehumanizing,” saying that they will lead to an increase in teen suicide.

According to the Archbishop, the relationships that teens form on these networks are shallow and when they collapse, they leave them in a state of despair that could drive them to take their own lives. Nichols said that the use of computers as a replacement for face-to-face meetings or even telephone conversations is having a “dehumanizing” effect on modern life.

“I think there’s a worry,” the Archbishop said, “that an excessive use or an almost exclusive use of text and emails means that as a society we’re losing some of the ability to build interpersonal communication that’s necessary for living together and building a community,”

“Among young people,” Nichols added, “often a key factor in their committing suicide is the trauma of transient relationships. They throw themselves into a friendship or network of friendships, then it collapses and they’re desolate.”

“It’s an all-or-nothing syndrome that you have to have in an attempt to shore up an identity,” he continued, “a collection of friends about whom you can talk and even boast.”

Perhaps the Archbishop should have taken down his own Facebook page before he criticized the popular Internet service. The New York Times reports that a Vincent Nichols, who is identified as Archbishop of Westminster, has 336 friends on Facebook. At press time, a spokesperson for the Archbishop did not return a call from the paper about whether the page actually belongs to the religious leader.

A visit to Nichols’ site (which actually has 334 friends) shows that his personal info is blocked, it’s only shared with friends. But it does feature a rather large picture of the archbishop. Makes the Facebook experience all the more humanizing for him, I guess.

My favorites are “NOOOOO to the new Archbishop of Westminster, the Most Rev Vincent Nichols” with 9 members, and “Archbishop Vincent Nichols Tech Bytes” which is described as “For all your Technology Questions and interweb conundrums.” It has one member so far.