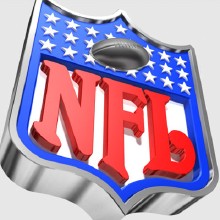 The absolute power of the National Football League has corrupted our sports culture absolutely. In his recent intemperate email to me, the New York Times’ concussion reporter, Alan Schwarz, complained that I have failed to credit him with uncovering a “conspiracy” in the marketing of flawed helmets to youth football players. But, as I see the larger arc of the story, there was no conspiracy. Rather, I see how Schwarz’s choice of a safely domestic investigative target exposes the diminished ambition behind institutional journalism’s insincerely overheated rhetoric.

Since at the very latest 1994, the NFL has been served ample forensic notice that the sport it markets was growing out of human and medical control. These are not ACL’s and torn shoulder capsules we’re talking about, people; they are the brains of frighteningly large numbers of American males who have participated, in organized fashion and from very early ages, in an activity that is a staple of adult approval and social status.

And what did the league, its fawning media, its co-profiting sponsors, and its frat-pack fans do about it? As little as they could get away with.

As this multi-generational saga takes sharper shape with the rush of new discovered cases of chronic traumatic encephalopathy (CTE) and with the sentimentally airbrushed back story of NFL player “advocate” Dave Duerson’s suicide, I find “conspiracy” to be a very tepid term, indeed, for the pervasive self-delusion that has gripped all of us for years, for decades. The title of one of historian Barbara Tuchman’s books says it better: The March of Human Folly. The title of Randy Shilts’ chronicle of the AIDS epidemic says it better still: And the Band Played On.

To be very clear here, we continue to have no evidence – none – that the league leadership grasps this problem at a level more profound than public relations. The new co-chairs of the NFL’s concussion policy committee, Dr. H. Hunt Batjer and Dr. Richard Ellenbogen, were supposed to be making a complete break with the conflicted and unsavory work of their predecessors when they were appointed last year. Don’t make me laugh – it might snap a synapse in my own still barely functioning noodle.

Batjer and Ellenbogen have done nothing at all to squelch the influence of the Pittsburgh Steelers’ University of Pittsburgh Medical Center team, including Joseph Maroon, whose many commercial hats also include the role of a doctor on Twitter for World Wrestling Entertainment. Batjer and Ellenbogen have continued on the NFL’s merry path of “Zackery Lystedt legislation,” in Washington and other states, to raise “concussion awareness” and to codify the purchase and use by public school districts of the Maroon team’s highly dubious for-profit “concussion management software.”
“I defer to the guys who are the experts at football: the competition committee, people like John Madden who actually know the game,” Dr. Ellenbogen said last month.

Once the owners’ lockout of players is out of the way, Commissioner Roger Goodell can get on with the task of loading up the NFL season with more games and more gambling opportunities while he touts the league’s total $20 million investment – taxicab money for a $9-billion-a-year industry – in scandalously dependent and controlling research on brain trauma. Before you know it, he’ll be as comfortable in retirement as his predecessor, Paul Tagliabue, and it’ll be the next regime’s turn for “catch me if you can.”

In December 2009 a Cincinnati Bengals wide receiver named Chris Henry was killed when he fell out of the back of a truck while stalking his fiancée. Henry was one of the circle of bad boys out of West Virginia University and his five-year NFL career was marred by legal scrapes. In June 2010 an autopsy by the West Virginia Brain Injury Research Institute found that Henry had the accumulations of tau protein associated with CTE.

Here is what Ellenbogen told Schwarz for a Times “news analysis”: “I’m really worried that we’re going to get to where if you have a challenging personality, it must be CTE — that’s really a dangerous way of going.We really need to be careful to parse out the underlying personality issues from the underlying injuries. This is probably just one factor among many that can put someone over the edge.”

Really on a roll here, analyst Schwarz clucked, “[I]f concussions turned every player felonious, Troy Aikman and Steve Young would be broadcasting games from C-block. Many players later found with CTE managed not to commit crimes.” The Times man concluded: “To be truly valuable moving forward, the legacy of the Chris Henry finding will not be to look back and assign blame for players’ past acts, but to look ahead at how future behavior among players at all levels will derive from a cocktail of factors — psychological, neurological, societal, genetic, or sometimes, just being a jerk.”

And thus the disclaimer, which could have been tossed off with a phrase, becomes the centerpiece of the analysis.

At least football participants have the excuse of brain tissue deadened by tau proteins. What is the excuse for all us spectators?

Irvin Muchnick (http://muchnick.net) is author of CHRIS & NANCY: The True Story of the Benoit Murder-Suicide and Pro Wrestling’s Cocktail of Death.