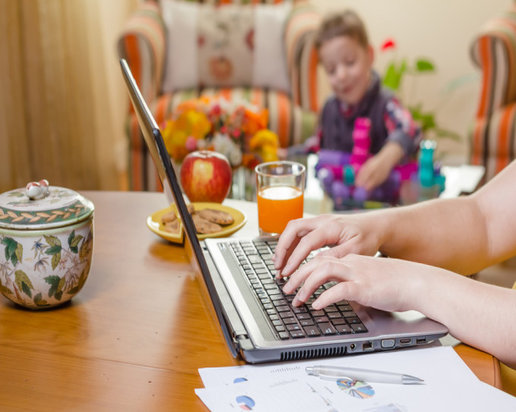 Readers trust the opinions of their favorite “mom bloggers”; many buy products and services based solely on their recommendation. Recognizing the inherent value of this online word of mouth, corporations now court these writers as potential brand ambassadors, offering them everything from samples and free trips to outright payments to try to harness their social media clout. By one estimate, all of those perquisites and fees add up to a trillion dollar business.

But what happens when mom bloggers are enlisted not just to plug a food company’s product, but paid to boost its battered image? For example, last year Monsanto offered mom bloggers $150 to attend a three-hour informational brunch on food and farming, clearly hoping the program would tamp down unfavorable publicity over the company’s products and practices. Similarly, in 2010, the Corn Refiners Association enticed mom bloggers with Walmart gift cards to sit through a webinar promoting the wholesomeness of its much-maligned sweetener, high fructose corn syrup.

Both of those episodes led to an outcry in the media and blogosphere. But Big Food isn’t alone in using this new marketing channel. Hundreds of health-conscious brands like Stonyfield and Organic Valley also partner with mom bloggers, raising the question: Is there a categorical difference when entities like Monsanto and the Corn Refiners Association engage in the same practice?

That question was on my mind when I learned that the School Nutrition Association (SNA), the nation’s largest organization of school food professionals, recently invited and paid a group of mom bloggers to attend their Annual National Conference (ANC) in Salt Lake City, Utah.

Although the SNA was an early supporter of the 2010 improvements to the federal school lunch program—requiring, among other changes, more whole grains and more fresh fruits and vegetables—the organization has since done an about-face.

Citing allegedly increased food waste and student rejection of the new meals (claims refuted by recent studies), the SNA is now leading the charge to weaken school meal nutrition standards in Congress. In the process, its brand image has suffered considerably and it has come under heightened scrutiny for taking half of its funding from Big Food “patrons” such as PepsiCo, ConAgra, and Tyson.

A 2014 New York Times Magazine feature described the SNA as becoming “isolated” and alienated from former allies like the First Lady, while the SNA’s conference in Boston last year garnered some fairly bad press, including stories from Time magazine: “There’s A Lot of Junk Food at the School Nutrition Conference” and Mother Jones: “Yes, Cheetos, Funnel Cake and Domino’s Are Approved School Lunch Items.”

The SNA may not have had this recent negative coverage in mind when it invited mom bloggers to attend this year’s ANC. According to SNA spokesperson Diane Pratt-Heavner, the blogger outreach is simply an “education campaign” intended to raise awareness about the current meal standards and how school food programs work. And when mom bloggers were first invited to the event back in 2012, before SNA’s nutrition flip-flop, the organization didn’t yet have a PR problem on its hands.

But when the SNA chooses bloggers to invite to its conference, it specifically selects women “who have not written extensively about school meals,” says Pratt-Heavner. And that criterion was reflected in this year’s sponsored posts. For example, the blogger at Good Life Eats, wrote, “Prior to attending this conference, school lunch is not something that I really knew a lot about.” Growing Up Gabel wrote, “I’ll admit that I knew nothing about [school food] guidelines before the conference and I’m ashamed of that fact.” A Sparkle of Genius wrote, “I try to feed my kids healthy food when they are at home, but when they go to school I don’t question much about what they are eating.” And the blogger at Jenn’s Blah Blah blog says she found the ANC exhibits to be “amazing and sparkly and jaw-dropping and absolutely eye opening.”

So before they walked onto the ANC convention floor, these bloggers were, by their own admission, relative blank slates when it came to school food issues. They came ready to learn and, according to Pratt-Heavner, the organization provided them with “background information on school meal programs and standards” and also arranged “for them to meet with school nutrition directors, attend education sessions, and tour the exhibit floor.”

The bloggers had exclusive editorial control over their posts and I believe Pratt-Heavner’s assurances that “all the opinions and photos they share are their own.” I also don’t mean to impugn these bloggers’ integrity by highlighting their SNA sponsorships, which they each properly disclosed.* But the resulting blog posts—uniformly positive descriptions of the conference and of school food, with titles such as, “How School Lunch Is Changing for the Better” or “Not Your Momma’s Fish Sticks”—contained some notable statements and omissions.

For example, three of the four bloggers favorably noted the inclusion of whole grains in school meals, but none made any mention of the fact that the SNA is working hard in Congress to weaken the current, science-based whole grain standard. Moreover, two of the bloggers added qualifiers such as, “It’s hard for kids to be asked to eat whole wheat grains at school when they are eating white grains at home,” and “[Serving whole grains in school] can be difficult to do because not everyone is accustomed to this kind of eating. Food is getting wasted and that frustrates the people working so hard to feed kids.”

Those statements are oft-repeated SNA talking points on Capitol Hill and are notably similar to testimony of SNA Vice President Dr. Lynn Harvey, who told Congress earlier this summer that, “students continue to reject [whole grains] because their taste, texture, and appearance are quite different from that to which they are accustomed.”

Similarly, three of the four bloggers mentioned learning from the SNA that it’s important to give kids a sense of autonomy by offering them a choice of fruits at lunch (“Would you like an apple or an orange?”) but none mentioned that the SNA is currently campaigning in Congress to allow school children to pass up all fruits and vegetables at lunch. Given recent Pew polling indicating that an overwhelming majority of parents support more fruits and vegetables in school meals, that omitted information might well have been of interest to these bloggers’ readerships.

Back in 2014, I, too, tried to visit and blog from the SNA’s annual conference. I write extensively about school food on The Lunch Tray blog, which has become a fairly well-recognized source of news and opinion on the subject and one that’s been linked to by mainstream publications such the New York Times. But when I asked Pratt-Heavner if I could attend the ANC as a member of the media, a designation which would allow me to avoid a $385 entrance fee, she denied my request, telling me SNA’s “policy requires that to receive the free registration, media guests must be on assignment with a news organization that maintains editorial oversight on news content.”

It’s not unreasonable for an organization to deny bloggers “media” status. By the same token, though, when SNA specifically seeks out admitted school food neophytes to write reportorial posts about school food, the organization is exploiting the very factor that barred me from the door.

Without prior knowledge of school food issues and with no editor looking over their shoulders, these bloggers were highly receptive to whatever information SNA chose to offer. They may also have been unaware of any potentially relevant information that SNA chose to withhold. So while school food professionals—those working in the cafeteria trenches—are certainly worthy of the praise they received in the sponsored posts, the bloggers’ failure to at least mention the SNA’s campaign against healthier nutrition standards (even if they might agree with the organization) leaves their readers with an unbalanced picture.

It’s in this respect that these bloggers’ attendance at the ANC feels similar to the blogger outreach of Monsanto and the Corn Refiners Association. By accepting SNA’s sponsorship and agreeing to write posts on a topic about which they knew little, these bloggers waded into an existing debate that’s likely of some importance to their own mom readerships. And by relying primarily, if not solely, upon information provided by their sponsor, they aided the SNA in that debate. All of that seems categorically different from a mom blogger accepting a sample or coupon to promote a new brand of yogurt.

Or, as mom blogger Liz Gumbinner wrote in a post critical of the 2010 Corn Refiners Association incident, “I do think we have an obligation to understand what we’re posting about and who we’re advocating for—not just when it’s paid, but especially when it’s paid.”

*This year’s invited bloggers properly disclosed that their posts were “sponsored by SNA,” or they used words to that effect. But one of the 2014 bloggers seems to have violated Federal Trade Commission endorsement guidelines by failing to mention the SNA’s sponsorship anywhere in her post.

This piece first appeared in CivilEats.com