Alioto-Pier Violates Her Own Code of Conduct 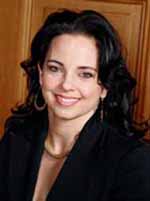 Supervisor Michela Alioto-Pier has repeatedly pushed to enact a “Code of Conduct” to regulate Supervisor’s conduct. Her proposed Code emphasizes “mutual respect,” and seeks to “improve the credibility and accountability of elected officials.” But while Alioto-Pier is busy castigating her colleagues for behavior she deems inappropriate, she has not hesitated to violate her own proposed rules. Although Alioto-Pier’s Code says that “individual supervisors shall refrain from…verbal attacks upon the motives, ethics or morals of elected officials, staff, or the public,” she introduced a measure at the Board falsely accusing the Tenderloin Housing Clinic of spending “government grant money and contract payments meant to serve the poor on lobbying expenses.” Alioto-Pier failed to investigate the truth of her charges before using her position as Supervisor to publicly attack the “motives and ethics” of a city contractor. The Supervisor should be grateful that the Board voted down her Code, as she is guilty of violating it.

There is nothing worse in an elected official than hypocrisy, and San Francisco Supervisor Michela Alioto-Pier has that quality in spades. For example, the self-proclaimed environmentalist was the only Supervisor to back the failed Prop H, which would have expanded parking for those wonderfully fuel-efficient Hummers.

I’d love to know what Al Gore, Alioto-Pier’s former boss and political benefactor, thinks of her support for Hummers and parking garages.

But the issue that Alioto-Pier has been most identified with on the Board is her push for a “Code of Conduct” to regulate Supervisor’s conduct. The Supervisor promotes herself as a voice of mutual respect on a Board lacking such, and Supervisors Daly and Peskin have been the most frequent targets of her complaints.

But just like the homophobic preachers secretly engaging in gay liaisons, Alioto-Pier refuses to live by her own set of rules.

While her Code of Conduct calls for Supervisors to “demonstrate the highest standards of personal integrity, honesty, and conduct in all activities in order to inspire public confidence and trust,” she breached the public trust and eroded public confidence in her credibility by publicly attacking the integrity of a city contractor (the Tenderloin Housing Clinic, publisher of Beyond Chron) without even bothering to first contact the group to check whether her facts were correct.

And even after the SF Weekly publicly retracted the claim upon which Alioto-Pier’s attack was based, the self-proclaimed ethical Supervisor issued neither a public or private apology.

Just imagine if Chris Daly or Aaron Peskin used their position as Supervisors to attack a small business for misusing city funds, and did so without even first contacting the business to verify the facts. And that their allegations were proved not just partially false, but were 100% fabricated.

We would have Alioto-Pier’s photo on the front-page of the San Francisco Chronicle denouncing Daly and Peskin, and an accompanying editorial calling for both a Code of Conduct and the repeal of district elections. The “bad behavior” of the two Supes would be fodder for talk shows and online chat rooms, and conservatives would use the example to confirm the ethical bankruptcy of progressive politicians.

I’m still waiting for the Chronicle to tell their readers how the Supervisor they have identified as the beacon of integrity and collegiality actually performs her job.

Maybe the Chronicle could get Alioto-Pier to explain why she violated her proposed Rule 4.16.5, which specifically prohibits “written attacks on the ethics or morals” of the public. Publicly accusing a group of diverting money earmarked for the poor to lobbying is a pretty serious charge, and issuing such an unverified attack would seem to have no place in Alioto-Pier’s world.

Although Beyond Chron wrote about the factual inaccuracy of Alioto-Pier’s charges on Friday, November 2, she has yet to publicly retract her charges or issue an apology to the Tenderloin Housing Clinic. The public record still includes her hearing request that charges THC with misappropriating public funds, and many in the public likely assume that no Supervisor would make such a charge without some factual basis.

Defaming an organization whose workers are striving to improve the lives of formerly homeless persons does not strike me as an example of “mutual respect.” And it causes a lot more harm to innocent, hard working people than does an insult offered by one Supervisor to another, an act which really puts Alioto-Pier in a tizzy.