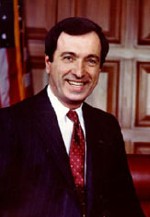 In citing Ross Mirkarimi’s victory in the Sheriff’s race last week, the Bay Guardian stated, “I think you have to go back to 1987, when Art Agnos ran for mayor as the candidate of the left, to find another example of a progressive champion winning all across town.” Not mentioned in the article was that Rose Pak was the leading fundraiser for Agnos’ campaign, and that Willie Brown gave the closing, fire-up speech to volunteers on the Saturday before the general election. In those days, unlike today, white progressives did not view support by either Pak or Brown as per se invalidating a candidate’s progressive credentials.