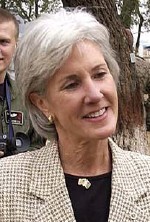 ADAPT, a national grassroots disability rights organization, is outraged by a Dear State Medicaid Director letter issued by the Centers for Medicare and Medicaid Services (CMS) on Friday, August 5th. That letter explained how states can cut Medicaid home and community based services, which provide alternatives to institutionalization, and not run afoul of the maintenance of effort requirement in the Affordable Care Act.

The organization is particularly upset because HHS Secretary Kathleen Sebelius spoke before national disability rights groups in July, highlighting how the Affordable Care Act benefits people with disabilities, including the potential to improve access to home and community based services. While the Secretary gave rousing speeches and was applauded by our community, her staff were crafting guidance to states on cutting our services, said Rahnee Patrick, an ADAPT Organizer from Chicago, IL. This is reprehensible.

The national advocacy group has other concerns about the federal agency. Although the United States Department of Justice has taken action to assure that Americans with Disabilities are not forced into institutions as mandated in the Supreme Courts Olmstead decision, the Health and Human Services Office for Civil Rights has done little to address Olmstead concerns identified in the states. Though talking tough about the need for states to comply with the Olmstead decision, CMS has not developed any accountability criteria to monitor states to assess if states are really complying with the decision” said Bruce Darling, an ADAPT Organizer from Rochester, NY.>

Additionally, the group is frustrated by inconsistency within the federal agency. The guidance issued Friday was developed in response to concerns by states which face increasing costs as Medicaid enrollment increases because more Americans are eligible for the program due to lost income and expansions mandated in the Affordable Care Act. This same federal agency misinterpreted statutory language establishing the Community First Choice Option and developed proposed rules that would require states to provide more expansive services beyond what the statutory language would require.

Ultimately that means fewer states would select the option and fewer Americans will have the opportunity to live in freedom, said Ms. Patrick. The fact that the federal agency took this action despite being told directly by the provisions sponsors that this was not Congresss intent is particularly upsetting to advocates.

The only thing these policy directions have in common is that they negatively impact Americans with disabilities and older Americans who want to stay in their own homes, said Darling who indicated that ADAPT is seeking to meet with the Secretary. We intend to take our concerns directly to the Secretary, one way or another.