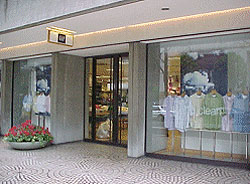 Several dozen protestors from ACORN, SEIU and the Say Yes to Children Network shouted “Support the needy, not the greedy” in a loud protest Tuesday for Proposition 82, which would provide all California children with a year of preschool, in front of the Gap clothing store in downtown San Francisco. The demonstration was organized to protest a donation of $25,000 from the Fisher family, which owns Gap, to the campaign to defeat Proposition 82.

“The Gap makes over a billion dollars by selling products to children,” San Francisco Supervisor Aaron Peskin told the crowd, many of whom were armed with signs decrying Gap as “Gazillionaires Against Preschool.” “Don’t you think they could give back to the children they make money off of?” added Peskin.

The protest was the final of six demonstrations throughout the state in the “Expose the Gap Tour,” which aimed to rally support for the proposition and push for a boycott of Gap until the June election. Organizers of the San Francisco event included the Service Employees International Union, the Association of Community Organizations for Reform Now (ACORN), and the Say Yes to Children Network.

“Universal preschool would create a model that everyone would have a right to preschool,” said Sandra-Juanita Cooper, a member of the state board of ACORN and Bayview resident. “If they’re not getting the education they need, we’re creating a universal underclass.”

The proposition would tax Californians who make over $400,000 a year to fund a state-regulated, one-year preschool program for all four-year-olds whose parents choose to enroll them. Proposition 82 has been endorsed by both Democratic candidates for governor, Steve Westly and Phil Angelides, as well as celebrities including preschool advocate Rob Reiner, but faces significant opposition from the business community.

Among the speakers at the San Francisco protest were community organizers, parents, and preschool teachers.

“Every child needs to be ready for school,” said Scott Moore, who operates a preschool in Oakland. Moore noted that only one in five California four-year-olds attends a “quality preschool” and that he’s seen firsthand the affect that one year of preschool can have.

“When we first stated our Montessori preschool, we had a child named Kyra,” he said. “At first…everything was a battle. But when she left after a year, she was able to settle things in a nonviolent way.”

“Very few families are actually eligible for Head Start,” added Moore. “You have a lot of low-income families that can’t afford high-quality preschool.”

A Gap manager said she could not comment on the protest.