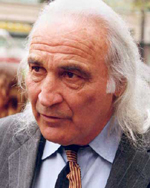 In late March, Tony Serra — San Francisco’s well known and respected criminal defense attorney — filed suit against the federal government over slave labor practices. Just out of California’s Lompoc prison after serving 10 months for his years-long tax boycott, the celebrated attorney filed suit in an attempt to force the federal government to pay its prisoners a fair wage compensation for the work being done by prison inmates.

At the least, Serra believes that inmates should earn minimum wage for the work they do in prison — and that unions should be allowed to organize and represent the inmates for collective bargaining to negotiate better wages and conditions for workers.

“It’s a class action lawsuit,” says Serra. “I’m a member (plaintiff) of the class, and it was filed in the U.S. District Court for the Northern District of California. We believe that Lompoc’s pay scale is in violation of the Fifth and Thirteenth Amendments of the U.S. Constitution, and the United Nations covenants on political, civil and prisoner rights.

“Prisoners have no rights in America,” said Serra. “They don’t care about the prisoners in this country, and the prisons are profiting from the slave-like conditions being forced upon the inmates. Lompoc has a dairy and meat industry, including a cable factory which is a supplier for the navy and armed forces industry.

“Lompoc generated a lot of money last year,” he said, “little of which was returned to the inmates as compensation for the work that they do. The federal prison workforce generates around $65 million per year in net profits, and I received 19 cents an hour when working at Lompoc, while the other prisoners were only earning anywhere from 5 cents to $1.65 an hour for their labor. These are slave wages, and often the inmates come back from work covered in filth and are worn out at the end of the day.”

Serra and the 300 to 500 other plaintiffs involved in the class action lawsuit, are being represented by attorneys Stephen Perelson of Mill Valley, and John Murcko and Bill Simpich, of Oakland.

When I asked Serra if he believes the lawsuit will succeed; “I think that there’s so many immunities and waivers in regards to how prisons are being operated in this nation that the federal government will do everything possible to toss it out of the courts. If we could manage somehow to bring this class action far enough through the courts to bring it before a jury, we could win.”

I asked him about prison life. “It feels good to be out of prison,” said Serra, “but I feel bad for all of those that were left behind. I went through a week of feeling like Rip Van Winkle when first getting out, and I had a fresh consciousness to look at everything differently.

“Prison took me out of the city,” he added, “where I could hear a breeze passing by and the sounds of birds in the trees while watering lawns during my daily 5 hour work periods. I still had my license to practice law and could help others out when possible, and I managed to write 2 books and several essays during the past 10 months. For those who complain about conditions while in prison, the guards would often roll up on them and take them away. The worst part of prison is for snitches or if you are a rat, and shunning is the first level of punishment, and violence is the second punishment level that snitches go through.”

With over 7 million people caught up into the clutches of the so-called criminal justice system and around 2.2 million people behind bars across the nation, the U.S. has far more people locked up and exploited than any other country in the world. The most notorious prisons are known as Super-max facilities, and corporate prisons such as the Corrections Corporation of America (CCA), which manages around 69 prisons and owns 40 prisons, with annual revenues of $1.5 billion in 2004, have often been vilified for mismanagement scandals, lack of prisoner health care and for abusing its inmates.

There’s around 200,000 federal inmates nationwide, and federal inmates work for the Federal Prison Industry (FPI), a corporation owned by the federal government since 1934, and now known as Unicor (trade name) since 1978, which manufactures products for use by the federal government. During 2003, Unicor had industrial operations at 112 factories located at 71 facilities within the federal prison system (including Lompoc), while employing over 20,000 inmates.

“Minimum wage does not help much if you’re sucking up lead in one of Unicor’s toxic sweatshops,” says Aaron Shuman, who spent 4 months in federal prison for protesting against the School of Americas in Fort Benning, Georgia. “It’s been documented that prisoners working for Unicor have been exposed to excessive levels of toxic metals at their computer recycling facilities, and I believe that inmates and prison guards should receive reparations for the toxic metals exposure thats been occurring in these prison factories. Unicor needs to shut down these toxic sweatshops now.”

The prison industry is a $40 billion business annually in America, and it’s not just the prisoners being exploited. In California alone from 2002-2003, the inflated rates of collect phone calls being made by prisoners in county jails adds up to $120 million a year in phone bills for their families and friends. The cost of the collect phone calls were so inflated that they provided income to counties that range from $100 to $1,376 per inmate during the same period.

Prisoner populations continue to grow across the nation, and it’s to the point that children are now being held in corporate-owned prisons in America — as a result of immigrant arrests. A recent report reveals that fugitive apprehension teams hunting down immigrants face a backlog with more than 623,000 cases in the pipeline as of August 26, 2006.

Serra became well known as the brilliant attorney that would take cases no one else wanted, and he inspired the 1989 film “True Believer”, in which his character was portrayed by the famed actor James Woods. Through the years, Serra’s cases ranged from defending the Hells’ Angels, Black Panther leader Huey Newton in a murder trial, and the Symbionese Liberation Army, to representing his own sons in a dispute over a skateboard ramp they built in Bolinas, CA.