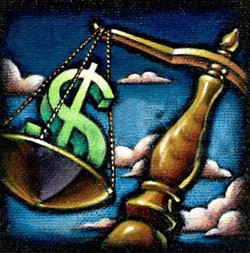 Nearly every commentator I have read expostulating about a possible June special election has claimed that any tax on the ballot would need a two-thirds vote to pass. This is not true. The only thing standing between the voters and a majority-vote election on new taxes is Mayor Gavin Newsom and his cronies on the Board of Supervisors. Here is the truth of the matter.

The imposition of local taxes is governed by Proposition 218, passed by state voters in 1996. Proposition 218 defines two different kinds of taxes that local voters can impose. The first is a “general tax,” money that would be put into a city’s general fund, and could be used to fund any city services, without restriction. The second is a “special tax,” money that would be dedicated to specific purposes, such as education or parks.

Proposition 218 sets up two different procedures for implementing general taxes and special taxes. A special tax requires approval by a two-thirds vote, and can be voted on in any election. A general tax requires only a majority vote, but must be voted on at a “regularly scheduled general election for members of the governing body of the local government.”

In San Francisco, the “governing body” is the Board of Supervisors. (Although an argument could be made that it is really the Big Boys Downtown Club, a la the Committee on Jobs, the Chamber of Commerce, the Association of Realtors, PG&E, Donald Fisher, etc.)

The next time that an election will be held for the Board of Supervisors is November 2010. This is obviously way too late to have any effect on our looming $576 million budget deficit for the 2009-2010 fiscal year.

Thus, many have concluded that the only option available is to call for an election for a special tax, requiring a two-thirds vote.

But those telling this tale have overlooked an important exception to the vote on a general tax. Specifically, according to Proposition 218, a general tax can be voted on in any election “in cases of emergency declared by a unanimous vote of the governing body.”

This means that if the Board of Supervisors unanimously declares that there is an emergency, we could have a vote on new taxes in June, and that they could be approved by a simple majority vote, as long as the money goes into the general fund.

Clearly, we have an emergency. If an unprecedented $576 million deficit — two or three times the size of any previous projected deficit, coming at us during a financial crisis unlike anything we have seen since the Great Depression — is not an emergency, then nothing is. That shouldn’t be an issue.

I can hear the nay-sayers jumping up from their seats claiming that there is no way that we could get the Board of Supervisors to unanimously declare an emergency and authorize a vote for a general tax increase in June.

That is probably true, sad to say.

But it is fascinating that the inside players, who undoubtedly know the true story, have not loudly pointed their fingers at Mayor Newsom and his sycophants on the Board of Supervisors, and demanded that they get real and recognize the emergency staring us in the face.

Declare the emergency. Put whatever proposed tax increases on the ballot in June. Let the voters, with a simple majority vote, weigh in.

Whatsa matter Mr. Newsom-Running-for-Governor, youse got a problem with Democracy? Or are you just having too much fun in Paris and Switzerland to pay attention?

I can understand why the C. W. Neviuses of the local media world are hiking around the untruth that any local tax measure on a June ballot would need a two-thirds vote. They want to provide cover for downtown’s desire to avoid any tax increase that might cost them, anytime, anywhere, anyplace.

But I don’t understand why our side seems to have given the regressives a free pass to babble about how hard it would be to get a two-thirds vote, the need for more time, consensus, what’s good-for-business-is-good-for-America, and blah blah blah.

This is supposed to be a progressive city. We just had an election in which Newsom and his downtown pals got shut down in the Board of Supervisors races. The Big Boys Downtown Club doesn’t deserve a free pass.

If Newsom and company are going to stand in the way of San Francisco voters taking a whack at saving the city from economic disaster, Newsom’s crowd at least deserves a good thrumping.