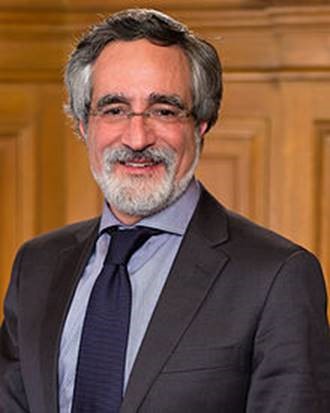 Peskin has opened an important debate

San Francisco politics is no joyride. Its toxicity goes well beyond “bullying” by City Hall officials. That a progressive activist recently felt entitled to steal school recall petitions reflects a city that often rewards activists for anti-social and bullying behavior;  it also explains why San Francisco elects people who can survive and thrive in this environment.

I don’t know if San Francisco politics is more toxic than other cities. But highlighting actions by Aaron Peskin and other supervisors/political appointees overlooks San Francisco’s larger political toxicity.

Let’s start by examining Aaron Peskin’s now notorious 2020  phone call with other supervisors and their aides: “This will have to be one of those times where I take my d— out, and the mayor takes her d— out, and let’s see whose is bigger.”

Disturbing words. But I’ve heard similar claims made my other city power brokers.

In 2000, supervisor Tom Ammiano sought to expand his political base for a 2003 mayoral run by making a grand deal with landlords. Unfortunately, the deal made capital improvement passthroughs a permanent part of a tenant’s rent. This meant annual rent increases would be imposed on a higher base rent, ultimately costing the city’s tenants tens of millions of dollars.

When the late former SF Tenants Union leader Ted Gullicksen and I learned about the deal, we urged Ammiano to delete the costly provision. But he refused. Instead, he reached an agreement with landlords over our objections. No tenant group leader was in the room when the deal was made. Even worse, the legislation was placed on a fast track for passage. This forced Ted and I to act quickly to alert tenants to a terrible deal that would raise their rents. I sent staff to Muni stations with handouts urging tenants to call Ammiano’s office to stop the deal.

Our tactics worked. Once the extreme downside for tenants became public, Ammiano had to cancel the deal. But for a top Ammiano ally and influential city political activist, Ted and I were not protecting tenants. Instead, he told me that Ted and I “just want to show we have a bigger D_ _ _ than Tom.” Those were his exact words, which he repeated during the conversation. He was working for the Tenants Union at the time and quit in response. He went on to play an influential role in the city’s Democratic Party and with Ammiano and other supervisors.

I had a great relationship with Tom prior to this. He is only candidate I ever organized a fundraiser for (his 1998 re-reelection campaign). But by fulfilling my job of protecting tenants I had crossed a line.

I met Aaron Peskin afterUC Press in 1996 published the original edition of The Activist’s Handbook, my book on successful activist tactics and strategies. Peskin’s father recommended that he read the book and he contacted me soon after. Starting in the late 90’s we worked together to stop City College of San Francisco from expanding its campus by evicting North Beach tenants. I wrote about the campaign in a two-part January 2005 story, “What Drives Aaron Peskin?” (Part Two is here). The evictions were ultimately stopped by Gen Fukioka of the Asian Law Caucus and Chinatown tenant groups; the building at 55 Columbus became the first purchase of the SF Community Land Trust.

I was thrilled when Peskin announced he was running for supervisor in 2000. And we worked hard to elect him. The stresses of the job soon caused Aaron to drink. Joe Eskenazi beat me to the punch in showing many prior articles refuting the claim that people “kept quiet” about Peskin’s behavior. But when we talk about alleged silence toward Peskin let’s acknowledge that many  keep quiet about mistreatment by politicians for good reason.

The political culture of San Francisco makes it a mark of toughness for city employees testifying at Supervisor hearings to endure public mistreatment. I know this because after witnessing such behavior I have asked city employees from various departments whether they wanted me to publicize this. In every case I was told that publicly complaining about their abuse would hurt them more than enduring it.   Their boss would conclude that they weren’t “tough enough.”  That’s a major reason for “silence” about City Hall mistreatment.

The public likes it when politicians go after “bureaucrats.” We loved seeing Congressmember Katie Porter challenge Trump appointees; videos of her interrogations still go viral. Unfortunately, some cannot distinguish between Porter’s legitimate and necessary push for accountability and using sexist attacks to diminish opponents; both are seen as part of a “by all means necessary” strategy.

I got a drunken evening phone call from Peskin in 2005. He was screaming at me so loudly I had to hold the phone far away. His tone was unacceptable but his grievance was justified. I certainly wasn’t going to publicize Peskin’s call when his underlying argument was correct.

In a city where it’s hard to get things done, Peskin has been remarkably effective. I suspect his supporters tolerate his behavior for that reason. I strongly oppose Peskin’s support for empowering homeowners to stop housing and multi-family upzonings—which I criticize in Generation Priced Out— but he is also the leading supervisor advocating for Chinatown and the city’s SRO hotels. Why would I undermine a strong ally on these priorities because he’s made drunken attacks on others? And why would I or anyone else publicize a drunken phone call when everyone connected to city politics knew of this practice?

None of my books on activism recommend personal attacks on fellow activists. That’s not how true social justice is won. Yet such tactics are all too common in San Francisco. If you doubt this, ask a woman YIMBY if they have been targeted for personal abuse. Or ask any woman activist if they have considered stopping political engagements due to social media attacks.

Politics is a tough business. As San Francisco supervisors consider a Code of Conduct for themselves they should also consider an activist code of conduct as well. Sanctions for violations could include disqualification from serving on local political bodies or as supervisor aides.

It would be a wonderful if Aaron Peskin’s acknowledgement of an alcohol problem not only improved his health but also the political well being of San Francisco.