A Tribute to Dona Spring 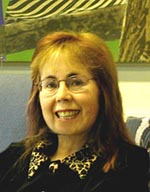 Berkeley City Councilmember Dona Spring passed away at Alta Bates Hospital on Sunday, July 13, from complications of rheumatoid arthritis. She was 55 and had served on the council for 15 years. With her death, the people of Berkeley lost the elected official who could most reliably be counted upon to speak out for justice and truth in the face of overweening power.

Confined to a wheelchair, she displayed more backbone than any of her able-bodied colleagues. Whether it was peace, sheltering the homeless, open government, neighborhood quality of life, animal protection, disability rights or the environment, she defended what she believed in with passion, intelligence and courage.

When she was no longer able to attend council meetings, she participated from her home via speakerphone. Her disembodied voice, in recent months often manifest as a deep growl, filled the council chamber with a powerful presence that could not be denied—and there were many times when she had to fight to be recognized or to be allowed to speak her piece. Her constituents in central Berkeley rewarded her tenacious integrity: Last November, she was re-elected to the council with 71% of the vote.

But I will remember Dona Spring as more than a noble crusader. What will stay with me is her zest for life—her vitality and exuberance in the face of daunting physical and political challenges. When she did appear in public, she was always dressed to the nines, Berkeley style, in some bright, eye-catching garment. In recent months, even as her health was failing, she was planning to renovate her kitchen and asked me to recommend a contractor.

Only a few weeks ago, I’d dropped off an audiotape of The Omnivore’s Dilemma. Dona could no longer hold a book, but she wasn’t going to let that stop her from finding out what Pollan had to say about eating right, one of her many abiding interests. As it turned out, she didn’t have a chance to listen to that tape.

I will miss her terribly, and so will many, many other friends and comrades who looked to her for leadership, inspiration and counsel.

A public celebration of her life is planned for some time in August. This Friday, Lindsay Vurek’s 70-minute film “Dona Spring, Courage in Life and Politics,” just completed this month, will be shown at 7:00 p.m. at the Unitarian Church at Cedar and Bonita in North Berkeley. For more information, email LDP@igc.org.