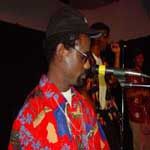 Ed. Note: My Beyond Chron Article, “Subterraneanz Revisted”, generated an enthusiastic response from both fans and members of the Subterraneanz. In Washington, D.C. for my Drummstick DVD release, I was contacted by Nyambezi Holman, co-founder of the Subterraneanz, who asked if he might “fill in the blanks”, and further update their fans on their latest efforts… E. “Doc” Smith

In a conversation with an old friend shortly after the demise of the Subterraneanz, I was reminded of a chorus we did for a song nearly a decade ago, in 1994, while we were still Boston’s own Exile Society: “2004, thousand four, Exile is kickin’ mad flavor, coming mad hardcore.”

My friend sighed wistfully before making a comment that I found rather profound. He said, “It was almost like a premonition”.

He couldn’t have been more on-point. The breakup happened in December of 2003. His observation resonated so deeply I now believe we somehow had to know- without being able to articulate or address it- that the group had a finite time in which to argue the case for our vision of what society could be.

From time to time, I am treated to a chance encounter with fans of the Subterraneanz, sometimes more than once over the course of a day. I am always surprised, touched and honored to learn that this vision has left a positive impression on many people. They speak fondly of the “family Barbecue” type vibe our shows had- attendees were made to feel they were truly a part of the event, instead of simply a spectator to it. While we eschewed gangster and game-related lyrics for more introspective and socially conscious themes, we made room for other local artists to express the former within the context of our performances.

Sometimes, a person will ask me: “what happened?” Anyone who has ever been to a family Barbecue knows that clashing personalities and conflicting agendas can complicate things. We were no different. Some of us wanted the group to be true to the hood. Others wanted a more old-school, b-boy focus. Still others preferred to cast the group as dark, troubled and mysterious. Personally, I felt that we should strive to be nothing short of Hip-Hop’s answer to the Beatles, or Sly and the Family Stone- in other words, a band that created music to help a generation define itself.

After reading E. Doc Smith’s fascinating and insightful May 6th article about the Subterraneanz in Beyond Chron, it occurred to me that more information could be provided to those who cared deeply for the group about what we’re all working on now. If you look closely, you may be able to figure out who wanted to project what image for the organization.

Lorna Lopez, a.k.a. Lokana D’Jaz- the first singer for the Subterraneanz in our Bay Area incarnation- is still spinning (turntable-ism) in clubs, singing and performing live in SF with the likes of Salvador Santana (son of Carlos Santana). She’s also recording with DJ Q-Bert. Although it’s been several years since we’ve worked together, her time in the group brought many new fans, as well as a welcome infusion of feminine talent and energy. If she comes across this article, I hope she will drop me a line to let me know how things are going.

Gypsy Luv has joined Hypno and Louie the Saint to form Triple Ave, a leaner and meaner version of the Subterraneanz which retains the group’s original live format (featuring Mike Shea on bass) and sociopolitical content. The Hyp produced EP “Ambitions” is a promising new project which highlights the regional influences of each member; Roxbury, Massachusetts, Saint Louis, Missouri and Richmond, California. The CD is on sale at cdbaby.com, Tower Records in Washington DC, and Sacramento, and will be in Rasputin’s and Amoeba in SF and Berkeley by the end of next month. The website will be up by May 20th at the address: www.tripleave.com, also go to www.myspace.com, do a music search and look up “triple ave”. Upcoming shows will be in Sacramento: the next one is at The Hard Rock Cafe on May 26th. Gypsy also has a solo album due out this summer.

Tranque appears to have disappeared into the mist and- as he is out of contact with the rest of us- little is known about his current efforts. Rumor has it that he is currently working with a local producer on an album.

As for myself, I am putting the finishing touches to a song called Only Maya, which is about the impermanence of all things and a call to observe what lies on the other side of material reality. The song can best be described as a combination of Hip Hop and the protest-folk music of the mid 1960’s. It will be the lead single on my forthcoming solo album; “Introducing the Black Bodhisattva”, which chronicles the changes in perception I’ve undergone since 11 September 2001. From a 10 day Buddhist retreat in the high desert in Southern California, to the collapse of the Subterraneanz, to a two month voyage through the Indian subcontinent, many life lessons will be revealed. I am currently marketing this material to television and movie producers, and will have a web presence at www.broadjam.com very shortly. If you’d like to know more, you can hit me up at kyholm7@aol.com.

I wholeheartedly agree with E. Doc Smith’s assessment of the Subterraneanz as a “truly great third division group”. What we lacked in cash, we more than compensated for in soul, honesty, a spirit of inclusion and good vibrations. Like him, I hold out hope that one day- after the proverbial dust has settled- we’ll find ourselves back in each other’s company, making the music and building the community so many people have come to know and love.

Nyambezi Holman is the senior member of the Exile Society and responsible for their Hip Hop Political Literature.