A Progressive Congress Under President Obama 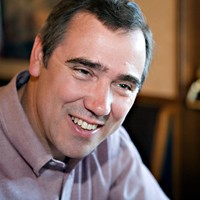 When Democrats took Congress in 2006, the media erroneously gave credit to “conservatives” in the Party. They’re not claiming it this time around, but we still hear the dubious concept that America is a “center-right” country – and so President Barack Obama must “tread lightly” on various initiatives. But the country’s leftward shift that gave Obama a landslide victory also produced a new crop of Democratic legislators – making waves that bode well for the future. This should embolden progressives to demand more from Washington – not less – as a new Congress and President get sworn in. In last week’s election, Democrats continued to make gains in the Northeast and other liberal bastions, while Latinos created a “blue wave” in the Southwest. Democrats made gains in the Midwest, and a “New South” in parts of the country’s most conservative region suggests a demographic change. Even the House Democrats who did lose were conservative members who frustrated the progressive agenda. In California, Democrats would have won more seats if some districts hadn’t been drawn to favor Republicans – an issue that will hopefully be resolved after re-districting.

In 2006, Democrats picked up 30 House seats and six Senate seats. In 2008, Democrats netted another 20-plus House seats – and at least six Senate seats (Alaska and Minnesota are too close to call, and Georgia will go to a December run-off.) This was the first time since 1934 that a “wave” year for one Party in Congress succeeded another “wave” year for the same party – suggesting that the nation’s ideological trend has shifted to the left. And while “Democrat” does not necessarily equal “progressive,” which Democrats won and in what parts of the country suggests that progressives have a lot to hope for.

Take the Oregon Senate race. For years, Republican Gordon Smith was elected and re-elected in a blue state, because he cultivated a “moderate” image that attracted many so-called “ticket-splitters.” But Democrat Jeff Merkley – who has an affordable housing background – ran a progressive campaign that attracted broad support from environmentalists. In the end, even a so-called “moderate” Republican wasn’t good enough for Oregon.

In Whistling Past Dixie, political scientist Tom Schaller argued that Democrats made a mistake focusing too much on “winning back the South,” when there were so many brighter prospects around the country at building a progressive majority. Three regions he prioritized were: (a) the liberal Northeast, (b) the Southwest, with its fast-growing Latino population and (c) the Midwest. This election further vindicated Schaller’s thesis.

The Blue Wave Marches in the Northeast:

Republicans in the Northeast are a dying breed, and last week’s election had Democrats make even further gains in that region. New Hampshire, which was once a Republican stronghold, elected Democrat Jeanne Shaheen to the U.S. Senate – and re-elected both Democratic House freshmen (including liberal champion Carol Shea-Porter.) In Connecticut, Jim Himes – who’s also a housing advocate – unseated the last New England Republican in the House, Chris Shays.

Democrats also picked up an open seat in New Jersey, defeated a G.O.P. incumbent in Pennsylvania and netted three additional seats in New York. Why is that important? Because a Democratic Congressman from New York or Connecticut is far less likely to get pressure from “conservative” constituents to buck the party line than, for example, Mississippi. Moreover, progressives won’t let them off the hook if they do because they can’t hide behind the “excuse” of representing a more conservative part of the country.

Latinos Build a Blue Wave in the Southwest:

One of the most underreported stories has been the massive spike in Latino voting, and the resulting shift of the Southwest into a Democratic region. Not only did Obama win Nevada, Colorado and New Mexico, but Democrats netted two Senate seats and four House seats there because of the Latino vote. Colorado Congresswoman Marilyn Musgrave – a right-wing religious nut who sponsored the Federal Marriage Amendment – lost decisively. And after this election, New Mexico’s delegation in Congress is now 100% Democratic.

Latino voting also netted Democrats a House seat in Arizona, and the state’s trend poses trouble for Senator John McCain’s re-election prospects in 2010. Arizona is the fastest-growing state, and a recent poll has Democratic Governor Janet Napolitano beating McCain in a hypothetical match-up. Democrats who get elected from the Southwest will have to be held accountable, but they know it was the Latino vote that brought them to power.

Democrats Gain in the Midwest

It’s no surprise that voters, deeply unsatisfied with how the country is going, elected a Democratic President to succeed George Bush. But while Congress has a record-low approval rating (where Democrats already have a majority), it was mostly Republicans who got booted out. With the financial crisis hitting the Midwest hard, Democrats unseated two House Republicans in Michigan. In Ohio, Cincinnati Congressman Steve Chabot (a Newt Gingrich disciple) lost – and Democrats picked up at least one open seat.

In Minnesota, it’s too soon to tell if Al Franken defeated GOP Senator Norm Coleman (a recount is pending with Franken down by just 221 votes.) But while Democrats mostly under-performed in the Gopher State compared with the rest of the country, some have said it’s because the populist Independence Party played “spoiler.” In Nebraska, Barack Obama won Omaha – which will net him one electoral vote.

Like in 2006, Democrats did less well in the South – as it’s the most conservative part of the country. But Virginia is changing rapidly – as the D.C. suburbs helped Obama win the state, gave the Democrats a Senate seat and netted a House seat in northern Virginia. But even in the rest of the state – the part of Virginia a McCain adviser called “real Virginia” (because it’s “more southern in nature”), two House G.O.P. members lost – including the infamous Virgil Goode.

Virginia has been trending more progressive. But even in North Carolina, new hi-tech workers coupled with a huge black turnout defeated Senator Elizabeth Dole (who attacked her opponent for being “godless”), and Congressman Robin Hayes – who famously said liberals “hate real America.” African-American voters also defeated a Republican incumbent in Florida, helped Democrats win a House race in Alabama, and in Georgia propelled Jim Martin into a December run-off against Senator Saxby Chambliss.

Even the Democrats Who Lost Were Conservative …

Unlike 2006, where no Democratic incumbent lost re-election, a few lost this time: Nick Lampson of Texas, Nancy Boyda of Kansas, Don Cazayoux of Louisiana and Tim Mahoney of Florida. But all were conservatives who frequently voted with Republicans – making their defeat less problematic for progressives. Except for Cazayoux (who had yet to be elected), all voted with Republicans in May 2007 to keep funding the War with no end – a vote that sapped Congress’ ability to stand up to Bush.

Congress failed to end the Iraq War for two reasons: (a) Democrats like them voted with Republicans to keep it going with no accountability, and (b) too few Republicans bucked their own party to vote for a responsible withdrawal strategy. The ones who did got primary challenges from their Party’s right-wing. And in the case of Maryland Congressman Wayne Gilchrest, he lost his job. But because Republicans went after Gilchrest’s hide, they lost another seat: Democrat Frank Kratovil will be the district’s new Congressman.

It’s still possible that Charlie Brown won his House race (an 889-vote margin means a re-count.) But beyond that, California Democrats had no Congressional pick-ups in a blue states when they should have. A few came close (Bill Durston in the Sacramento area; Nick Liebham in San Diego; Debbie Cook, Russ Warner and Bill Hedrick in the L.A. area), but their districts were drawn for Republicans.

After the 2000 Census, the California state legislature drew a compromise map where each of the two parties got “safe districts.” Although California’s a blue state that is trending Democratic, this gave Republicans an artificial “firewall” of districts where they can keep control. Occasionally, the demographic dam will burst (see Jerry McNerney in 2006), but they can usually count on keeping their seats. The five Democrats who lost House races in California were not weak candidates; they just had an uphill battle.

The same problem exists in California’s state legislature, where the consequences of gerrymandered districts are dire. With a two-thirds requirement to pass the budget, Republicans in artificially safe districts have held the state hostage year after year. Democrats needed two more Senate seats this year (and six in the Assembly) to get a two-thirds majority, but with purposefully Republican districts such a task was Herculean.

In the State Senate, Hannah-Beth Jackson may have eked out a victory to win an extra seat for Democrats – but gerrymandering prevented another pick-up. In the Assembly, seven Democrats came close to winning (one in the Stockton area, two in the Inland Empire, three in Northern L.A. County and one in Orange County), but again the deck was stacked. Democrat Alyson Huber in the Stockton area is currently behind by 319 votes so may have won, but a less gerrymandered district could have given her a victory.

But despite districts drawn to help Republicans, California’s progressive wave was too much at stopping a growing Democratic majority in the State Assembly: Joan Buchanan won an open seat in the East Bay, while Manuel Perez prevailed in Imperial County. It just could have been much more than two seat.

EDITOR’S NOTE: Paul Hogarth contributed $100 to Jim Martin’s Senate race in Georgia. Outside of work hours and in his individual capacity, he is co-hosting a low-dollar blogger fundraiser for Martin – but plays no advisory role for the campaign.