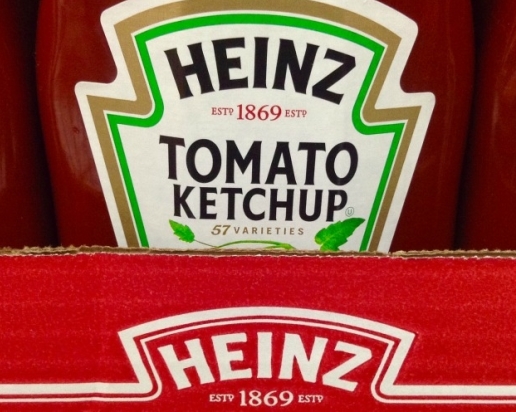 Do you like ketchup with your mac and cheese? H.J. Heinz and Kraft sure appear to. This morning, processed food powerhouse Kraft Foods and ketchup kingpin H.J. Heinz announced a merger that will create the nation’s 5th largest food company. The post-merger company would sell $28 billion worth of food annually and control eight brands with sales over $1 billion and five more brands with sales between $500 million and $1 billion.

In addition to such Kraft-identified brands as Kraft Macaroni & Cheese and Kraft salad dressing, the company also sells Claussen Pickles, Kool-Aid, Maxwell House, Planters snack nuts and Oscar Mayer meats. Heinz sells more than ketchup; its brands also include Ore-Ida potato products, Weight Watchers brand frozen dinners and Lee & Perrins Worcestershire sauce. Consumers are largely unaware that these other brands are not independent companies, creating the illusion of choice. Well, that choice is about to narrow even further.

A Food & Water Watch study of 100 varieties of grocery products found that Kraft sold 22 kinds of groceries and often had a dominant market position, selling more than four-fifths of all macaroni and cheese, half of all processed cheese and one-third of the mayonnaise and lunch meat on the market. Heinz sold seven kinds of groceries, including three-fifths of the ketchup and one-fifth of all frozen appetizers.

The proposed merger joins two firms that manufacture a wide variety of top selling processed foods, but Kraft and Heinz do not produce many products that compete head-to-head. Unfortunately, federal antitrust authorities largely ignore these conglomerate mergers because of the lack of direct product rivalry. But this conglomerate merger will expand Kraft’s footprint and power in the supermarket, reducing consumer choice and likely increasing prices.

Even when mergers do not join companies that sell identical kinds of foods, they give big food processing companies more economic power and leverage over other companies and consumers. New start-up food companies would find it harder to get on grocery store shelves because Kraft would have them surrounded on all sides. And supermarket chains are more likely to work with a conglomerate like Kraft supplying products in many different parts of the store than lots of companies that only supply a few products.

The expanding tentacles of companies like Kraft can limit choices by pushing consumers to buy Kraft brands in multiple grocery categories. For example, the proposed merger would join Kraft’s Grey Poupon mustard and Heinz Ketchup, which make it easier to promote both brands together, increasing the control that just one company has over a bigger piece of that grocery aisle.

The Department of Justice and Federal Trade Commission must stop approving these conglomerate mega-mergers and block this proposed deal.