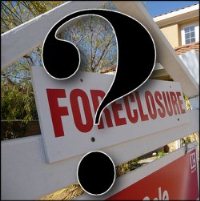 Supervisor Scott Weiner claims that the condo bypass legislation he and Supervisor Farrell are pushing is needed because many TIC owners are “at serious risk of foreclosure.” But city foreclosure data belies this claim. Here’s why. The proposal targets 3-6 unit properties (two-unit, owner-occupied properties can already bypass the lottery). Yet in 2012, notices of default (the first step in the foreclosure process) were filed against only ten owner-occupied, 3-6 unit properties in the entire city. Of this small number, it is unclear how many, if any, involved TICs. In other words, the number of TICs “at serious risk of foreclosure” in 2012 can be counted on your fingers. That’s hardly a reason to eliminate rent control on thousands of units and incentivize future evictions.

Most of the foreclosure activity on owner-occupied properties in San Francisco involved single family homes and condominiums. The properties Weiner and Farrell are proposing to benefit with this legislation are not facing a foreclosure crisis and to suggest otherwise is wrong.

What is the source of this TIC foreclosure fairy tale? It is not the usual suspects. The speculators and their lawyers have stated that foreclosure really isn’t an issue for TIC owners. As noted in Beyond Chron last week, TIC lawyer Andy Sirken states “there has been very little default among fractional TIC owners. Only a handful of units have been taken back by lenders of fractional loans.” These are simply not underwater assets in most cases. The TIC owners may be suffering the unfortunate, but predictable, entanglements of TIC ownership, but most could sell tomorrow and make more money than they put in.

No, the source of the foreclosure theory appears to be Plan C, the advocacy group that is pushing this legislation. The organization is misusing the plight of real foreclosure victims to pass special interest legislation that has nothing to do with foreclosure. The following comes from Plan C’s website: “Like other homeowners facing foreclosure and related problems, TIC owners are suffering as a result of the real estate downturn of recent years.” According to Plan C, “home values for many TICs have dropped sharply.” Next, Plan C claims that “TIC owners face a number of problems, including “loss or elimination of home equity” and “bank foreclosure.”

Again, there’s no evidence for these claims. Supervisors might want to ask each TIC owner who testifies about their need for automatic condo conversion to state the value of their property when they bought it, and its value now, particularly those who have owned the longest and are complaining most about the lottery system. You would see sympathy for these TIC owners dry up quickly. Most own an asset that has appreciated. Now they seek to further increase value and lower their interest rates with automatic condo conversion.

I suppose you can’t blame them for trying, but Supervisors must see this for what it is: a piece of special interest legislation not connected to the foreclosure crisis and dangerous for the city’s tenants and rental housing stock.

One San Franciscan with an interesting perspective on this is Richard Hurlburt. Hurlburt is an attorney with expertise in landlord-tenant matters. He is also a real estate broker. Here’s what he posted last week on Facebook, which he authorized me to repost: “People have been asking me what I think of the condo conversion legislation introduced by Sups. Farrell & Wiener. Well, I just read the actual text of the legislation and I’m against it.” Among other reasons, Hurlburt notes a key point on financing:

TIC financing isn’t that difficult anymore. Fractional loans are the norm and not that much more expensive than condominium loans. It does cost a little more to finance a TIC, but the units cost less to begin with. So I don’t really see a hardship on the part of TIC owners who generally have smaller mortgages because they paid less for their units to start with.

Hurlburt also correctly challenges the illusory conversion fee which in some cases will be as low as $4,000. In the end, he concludes “For tenants generally the legislation is actually quite bad. Once any of the affected units becomes vacant, all future tenants would be exempt from the rent increase protections of the Rent Ordinance. Plus, allowing TIC owners to bypass the condo lottery will only encourage more Ellis-TIC conversions. This is not what we need.”

Let’s remember that TICs in San Francisco are a relatively recent invention of speculators to circumvent condo controls and take advantage of the city’s hot real estate market at the expense of renters. Before about 2005, fractional loans were not even available. TIC buyers could not obtain loans secured by their own individual percentage of the building. Industry speculators, and their attorneys, pushed the banks to provide fractional financing. Banks view these quasi-condos as unstable investments for good reason. It’s surprising that banks even want to lend on this risky product.

Of course, improving financing terms is a key component of the long term strategy of those who would like to dismantle rent control in small buildings and convert all 2-6 unit buildings in San Francisco to TICs and condos. According to Sirken, “TICs are here to stay for the long haul. All that is separating these units from gaining a near “condo” status (and sales/volume) is a lender willing to take on a 30-year fixed loan product, which would allow the flood gates to open and for more additional affordable home ownership opportunities to be created.” At least he is honest about the goal of opening the floodgates, though I would dispute his characterization of the ownership opportunities as “affordable” for most San Franciscans.

The condo bypass legislation proposed by Weiner and Farrell would open the floodgates to even more conversion and eviction. At least one speaker at the Land Use Committee hearing, Marlene Tran, speaking on behalf of dozens in the audience, admitted the goal. Under questioning by Supervisor Jane Kim, Tran agreed that “this is just the beginning.” That’s yet another reason why every tenant organization in the city opposes the measure.

Dean Preston is the executive director of Tenants Together, California’s statewide organization for renters’ rights.