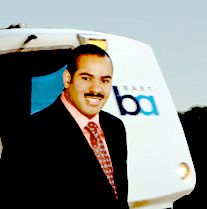 Although a BART settlement awaits, it’s not too soon to identify the chief lesson of the conflict: public apathy toward BART comes at a steep price. Unlike patrons of SF’s MUNI, NYC’s subways, or Los Angeles’ buses, BART riders have never organized into a political force. In fact, BART riders are so disengaged that longstanding problems, from high BART management salaries to ongoing safety problems, only became “news” during the labor dispute.

As the Bay Area’s chief transit system, BART should be closely connected to its ridership. Yet the elected BART Board is little known to voters. Members are so low profile that they are rarely defeated. When this last occurred, the winning campaign (backing Zakhary Mallet) was heavily funded by a special interest BART contractor protecting its turf. Riders need to be more active in pressing BART for reforms, as the system’s problems go well beyond its poisonous labor relations.

As I wrote on July 2 (“Why the BART Strike Happened”), BART and its unions have a bad relationship going back three decades. Management has long disrepected BART workers and its hardball tactics in the current dispute have made matters even worse.

How can we change this dynamic?

It has to start by increasing public engagement with BART’s overall operations.

When there is a BART breakdown, a shooting by BART police, or a labor dispute that threatens service, riders become focused on BART operations. Otherwise, few focus on how the system functions or be improved.

This is understandable. Most people are not interested in monitoring their daily transit system.

But this vast disengagement from BART leaves union workers as the leading and often the only group paying attention to management’s running of this critical transit resource. This allows management to downplay union criticism as being driven by labor-management concerns. Nearly everyone else feels like powerless bystanders toward influencing a public transit system with an elected Board.

This is not how things work at MUNI, the NYC MTA or other major transit systems. All of these operations have their problems and critics, but rider groups have a much greater role in the public debate than at BART.

In a system of roughly 400,000 riders, if only 1% took greater interest in BART that would be 4000 people. And that’s thousands more than are currently engaged in improving the system.

Greater public engagement with BART could make a difference in many areas. For example, it could finally force BART to extend late night hours. Many complain about this but nobody mobilizes against elected BART members or its very insular management on this or almost any issue (other than police violence).

Similarly, while the media has portrayed safety concerns as a BART union issue, it’s actually a ridership concern. Yet absent a public group pressing for improved safety, this issue is absent outside collective bargaining.

A More Accountable BART Board

Elections for BART Board are the least contested Bay Area political races, despite Board members having vast power over the region’s leading transit system. As it is commonly said, voters get the representation they deserve, and the BART Board—like the San Francisco Community College Board, whose elected members also serve virtual life terms—reflects the lack of public attention to its elections.

In fact, it is not overly simplistic to say that the current BART labor dispute would have been settled months ago had pro-union voters not unknowingly elected —with progressive support!— the strongly anti-union Zakhary Mallet. In endorsing Mallet over incumbent Lynette Sweet the Bay Guardian acknowledged that he was “more moderate than us,” but had they and others probed further they would have learned what SEIU 1021 and ATU 1555 have discovered during these negotiations: Mallet is strongly anti-union.

And Mallett has been a major obstacle to the union getting a contract offer that can win member support.

Mallet never claimed to be a union supporter, which is why he could only have gotten the endorsement of progressives like Tom Ammiano based on political factors unrelated to BART (after all, incumbent Lynette Sweet was being targeted by white contractors opposed to her support for affirmative action, which Ammiano, the Bay Guardian and other progressives support).

You can be sure that the SF Labor Council will pay much closer attention to future BART races (Mallet’s newly created sprawling district includes many more moderate cities in addition to San Francisco, and the swing of pro-union progressive voters to his side decided the race).

So if we learn anything from this long labor dispute, it is that the public cannot afford to remain bystanders in the operation of BART. If a ridership group does not emerge to represent the public’s interest on a regular basis, expect a repeat of the 2013 labor-management dispute the next time around.