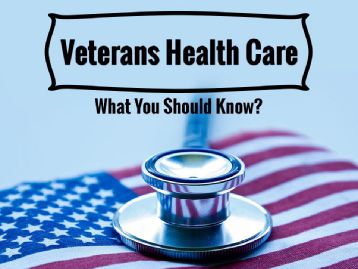 If you want to understand what’s going on in Washington, as the Trump Administration and Congressional conservatives push the stealth privatization of the Veteran’s Health Administration (VHA), check out the new documentary Citizen Jane: Battle for the City or read James C. Scott’s brilliant book Seeing like a State: How Certain Schemes to Improve the Human Condition Have Failed.  Both the film and the book will help opponents of VHA privatization better understand the underlying philosophy and vision (or lack of it) that is guiding current debates in Washington.

Citizen Jane recounts the battle between the great urban activist Jane Jacobs, author of The Death and Life of Great American Cities and urban planner (and destroyer) Robert Moses.  In the name of  “slum clearance” and improving the lives and health of city dwellers, Moses cut a swath of destruction through America’s cities that rivaled that of Sherman’s March through Georgia during the Civil War.

Scott offers a similar critique in a different format.  His classic book catalogues a series of high-minded efforts on the part of elite planners to remedy the human condition.  Among the examples he explores are the planned cities — of the sort promoted by Moses – like Brasilia and Chandigarh.  Jacobs fought against a vision of the city, which created nightmarish living and working conditions for the people planners purported to rescue.

Both Citizen Jane and Seeing Like a State expose the hubris of policy makers, legislators, and planners who, as Scott writes, “claim to speak about the improvement of the human condition with the authority of scientific knowledge,” and then “disallow other competing sources of judgment.”

These priests of high modernism and scientific certainty have a purely transactional and instrumental view of human existence.  As Scott and Jacobs explain so well, they fail to distinguish the forest from the trees and the genuine vibrancy of life – whether in cities or elsewhere — as it is lived by real human beings.

Scott begins Seeing Like a State with an 18th century European example that is a perfect antecedent to the social engineering and global management models that permeate early 21st century policy making in Washington, D.C.  Three centuries ago,  fiscal foresters  were sent out to measure the royal forests of Prussia and Saxony.  As they calculated how much revenue the trees would generate and how much could be   used for construction or fuel, they could not see the broader uses of the forest. To them the wild life, insects, mammals and humans that interacted to form the natural ecology and social uses of the forest (for magic, hunting, socializing, not to mention the beauty of the landscape) was entirely invisible. Scott then goes on to analyze how this blinkered vision produced the failed schemes of – among others –Soviet collectivization of agriculture and the urban wastelands designed by the high modernist French architect LeCorbusier whose work inspired Robert Moses.

Citizen Jane delves much more deeply into Robert Moses’ vision of cities as neatly –and discretely — compartimentalized units of housing, commercial, and industrial space denuded of human beings and activity.  While developers grew richer, those who Moses had “rescued” inhabited projects rife with crime and anomie.  When urban dwellers had the temerity to try to stop Moses’ plans to run a roadway through Washington Square Park, pave over the West Village, or construct a highway through what has become New York’s Soho, he famously reviled them for their ingratitude

Jacobs, on the other hand, wanted to find a way to improve the city for its inhabitants that did not destroy it in the process.  As Jacobs said, “Cities have the capability of providing something for everybody, only because and only when they are created by everybody.’  “Under the seeming disorder of the old city, wherever the old city is working successfully, is a marvelous order for maintaining the safety of the streets and the freedom of the city. It is a complex order.…Its essence “ she said, “is not to a simple-minded precision dance with everyone kicking up at the same time, twirling in unison and bowing off en masse, but to an intricate ballet in which the individual dancers and ensembles all have distinctive parts which miraculously reinforce each other and compose an orderly whole. The ballet of the good city sidewalk never repeats itself from place to place, and in any once place is always replete with new improvisations.”

So what, you might ask, does this have to do with debates in Congress and the media about veterans’ healthcare?  Everything.  The Veterans Health Administration is way more than a payer of care.  It is a healthcare system, in which the intricate, vibrant, and diverse threads of, clinical care and services, teaching, research, and employee and patient relationships are woven into a complex community of care.  Any genuine understanding of what it takes to build, maintain and strengthen its system-wide integration of care, is, however, lost as policy makers and pundits focus obsessively on episodic physician appointments, which medical treatments veterans should get and where, or which commercial electronic medical record will best assure that providers communicate with one another by entering notes about medical appointments into a computerized chart.  This makes it difficult, if not impossible, to solve the system’s inevitable problems, improve its clinical capacity, and convince the public to provide the funding necessary to deliver the care veterans deserve.

Those who oppose the decimation of the VHA healthcare system will be enlightened by reading Scott’s analysis and inspired and emboldened by watching Citizen Jane.  In that film, Jacobs stands up to Robert Moses and his acolytes in meeting after meeting.  Thanks to her, we still have Washington Square Park, Greenwich Village and now SoHo.  With the same energy and passion, activist veterans and veteran advocates can save and improve the VHA.  It’s a David and Goliath struggle, but we should never forget that David sometimes wins.

Suzanne Gordon is the author of The Battle for Veterans’ Healthcare: Dispatches from the Frontlines of Policy-Making and Patient Care (Cornell Publishing).