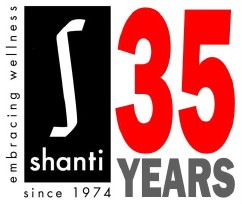 In 1974, Shanti was founded by Dr. Charles Garfield to provide emotional support for people with life-threatening illnesses in the San Francisco Bay Area. The project’s focus on one-to-one peer support provided by trained volunteers became a new standard in the care of the terminally ill. The method gained first national and then international attention. In 1979, after a talk in Milan, Italy, Shanti began an international training effort; soon nearly 300 organizations around the world began to employ the Shanti Model of Peer Support.

In 1981, when the first cases of AIDS first appeared in San Francisco, Shanti added them to their caseload. In the following year, Shanti provided the first ever international trainings on AIDS care (Italy, France & Holland). In 1984, recognizing the exponential growth of the AIDS epidemic, Shanti changed its mission from serving individuals with any terminal illness to providing services solely for those with AIDS and their loved ones. Shanti quickly became a leader and key component in San Francisco’s community-based response to AIDS. New programs were created and existing programs were changed to fit the needs expressed by people with AIDS (PWAs): to assist them with leading productive and independent lives, out of hospitals and in their communities, and reducing their cost for care. Shanti had become the city’s heart—it became synonymous with compassion.

In 1988 I became a Shanti volunteer, later serving on its board and although I left the organization’s board in 1996, I continue to feel a kinship with the organization and its unique role in our community. For me Shanti has been the heart and soul of the community’s response to HIV/AIDS.

My association with Shanti was during the bleakest years of the HIV/AIDS epidemic in San Francisco. In 1994 I had the honor of co-chairing Shanti’s 20th anniversary gala. In preparation for remarks I made that night, I did some research and the results were staggering- Between 1974 and 1994 Shanti trained over 7000 volunteers who provided over 2 million hours of peer counseling and practical assistance. The impact that these volunteers made on San Francisco was profound and the legacy continues today with more dedicated volunteers being trained every year to provide peer support to people facing a life with HIV/AIDS and to women living with breast cancer through its Lifelines program.

In the late 1980’s and early 1990’s, Shanti was vital to people who were dying, but as HIV/AIDS treatments evolved and people living with HIV/AIDS, like me, saw the possibility of a longer life, Shanti’s support focused on enhancing quality of life and providing long-term hope and stability.

Shanti has gone through many transitions in its 35 year history—but that means that the organization is responsive to the needs of the community as those needs change. It is not always easy to adapt to an environment constantly changing with shifting priorities and increased challenges in funding, but it is essential. Shanti has been an example of adaptation with resilience and passion and it is a critical component of San Francisco’s system of care it is, after all, our heart.

To commence Shanti’s 35th year and to honor of World AIDS Day, Shanti will be hosting a reception at 111 Minna Gallery on December 1st beginning at 5:30 p.m. To purchase tickets please visit www.brownpapertickets.com/events/49069 or contact Mindy Schweitzer at (415) 674-4712.