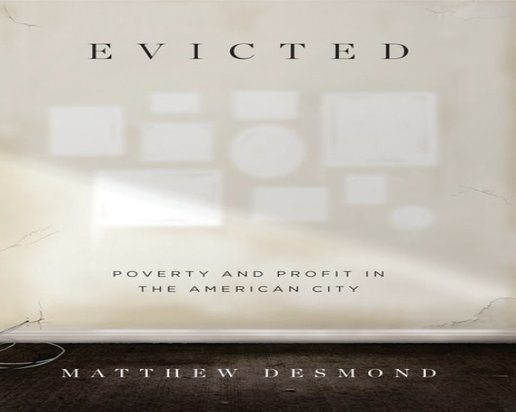 I began assisting low-income tenants facing eviction in 1980. In those days, tenants in San Francisco’s Tenderloin were rarely if ever evicted through the legal process. Instead, they left after being threatened with violence or illegally locked out. Tenants who resisted could find themselves thrown down a flight of stairs.

We formed the Tenderloin Housing Clinic to change that eviction dynamic, and we succeeded. But reading Matthew Desmond’s new book, Evicted, it’s clear that many American cities including his subject, Milwaukee, are forty years behind San Francisco in protecting tenants’ rights.

Excerpted in The New Yorker and gaining glowing reviews in the daily and Sunday New York Times, Desmond’s book has been hailed for showing the centrality of housing among the myriad problems faced by the nation’s poor. That major media outlets deem this a “revelation” discovered by a Harvard professor shows how little attention the urban housing crisis has gotten on the national stage.

Despite its title, Desmond’s book says more about the moral outrage of urban poverty and the failure of Bill Clinton’s 1996 welfare “reform” than it does about the eviction crisis in the United States. I say this because while the eviction crisis nationally profoundly impacts the working and middle-class, Desmond focuses on the small subset of the very poor. And he does so in Milwaukee, a city that seems to have almost no tenants’ rights.

Desmond’s portrayal of low-income tenants openly living in squalor could only occur in a city without much housing code enforcement. Milwaukee denies tenants the right to raise the breach of the warranty of habitability as an eviction defense and does little to punish slumlords. Many of the tenants profiled by Desmond choose to get evicted because they don’t want to pay for substandard housing; in California and other states the tenants could not only use bad conditions to stop their eviction, but they could sue their landlord for damages.

Milwaukee also differs from many large American cities due to its remarkably low housing costs. The main landlord portrayed in the book was buying houses for $16,000, a price that has to be among the lowest of any large urban area in the nation (the book’s events take place following during the real estate decline of 2008-09 so prices may have been even lower than otherwise). The low housing costs translate into lower rents by national standards. There is such a large pool of units that evicted families relocate to another rundown unit soon after.

In 2004, then New York Times reporter Jason DeParle published American Dream, which used Milwaukee as a backdrop for evaluating the impact of Clinton’s 1996 law “ending welfare as we know it.” DeParle found this meant removing families from the rolls, cutting benefits, and consigning poor children to inadequate food, shelter and other basic needs.

Desmond’s take on Milwaukee shows that a decade later poor families still cannot survive on the paltry state welfare grant that the 1996 federal law allowed. It is this small grant coupled with county efforts to get families off the rolls due to various rules violations that causes many of the evictions described in the book.

While many believe growing inequality in the United States is the chief problem of our times, Desmond’s families show that grinding poverty is even worse. He shows families forced to make tough choices between food and rent, and does not shy away from depicting a woman who used her entire monthly food stamps allotment on a lobster dinner.

Desmond shows this because he is honest in portraying the lives of the very poor. “Bad choices,” will say Republicans, who also blame the poor for lacking “personal responsibility.” But in inner city areas where jobs are scarce and welfare grants low, it is inevitable that many will break from their limited budgets for the occasional quality meal.

I’ve written about how the urban housing crisis is absent from the 2016 presidential campaigns; Desmond reminds us that urban poverty itself is off the national agenda.

The fact is that even in blue state California, where Democrats control every state office and the Legislature, a CalWORKS grant for a family of three does not cover the rent for a one-bedroom apartment almost anywhere in the state. That means families of three are either homeless, doubling up or living in studios. That’s not an adequate living environment for a parent with two kids over five.

Last week, Bill Clinton “bemoaned cuts to federal subsidies to state assistance programs.” He said, “the people who still needed some assistance didn’t get it,” and that his signature welfare reform law “needs to be changed to help the poorest of the poor.”

Desmond’s book is a case study for the need for the Democratic Party to become as energized about fixing welfare than it was about “reforming it.”  Critics dire predictions about the 1996 measure have largely come true.

In 1999 I co-authored a study, There’s No Place Like Home: How America’s Housing Crisis Threatens our Children, which showed that the lack of stable and affordable housing damaged kids’ health, education, and futures. Desmond’s account of children raised in unstable and unhealthy Milwaukee housing confirms, “without stable shelter, everything falls apart.”

But Desmond spends only a few pages promoting solutions to this crisis. He also lets the Republican Party off the hook for its steadfast opposition to increasing federal housing funding to benefit the people portrayed in the book.

Desmond promotes the need for more legal resources to defend tenants facing eviction, but fails to distinguish between the success of legal defense in the South Bronx—where tenants have rent control and New York City’s broader tenant protections—with the legally defenseless tenants of Milwaukee. Legal representation makes little difference in nonpayment of rent cases where tenants have no defense.

Desmond missed a great opportunity to use a book about evictions to call for action on the larger eviction problem: which is the vulnerability of tenants throughout most of the nation to being forced to leave their homes for no reason at all save the landlord’s whim. Desmond’s depiction of Milwaukee landlords evicting short-term tenants who have not paid rent is one problem; far more unfair is the the millions of rent-paying tenants vulnerable to losing their homes solely because their city does not have “just cause” eviction requirements.

Desmond’s primary solution is universal Section 8 vouchers, which he sees as a positive alternative to public housing. But while increasing vouchers is critical, their use by African-American families has been limited to the low-income, segregated communities whose landlords accept them (that’s what happened after public housing was demolished in Chicago). In high rent cities like San Francisco families with vouchers have very limited ability to secure housing.

Desmond is  very down on public housing, ignoring the “reinvention” of public housing that is providing quality housing   for African-American families in San Francisco’s North Beach project and elsewhere. While saying “we can’t build our way out” of the problem, the fact is that virtually every national housing advocacy group sees the building of new affordable housing through the National Housing Trust Fund and other measures as essential  for addressing the problems Desmond depicts.

To be fair, Desmond is a sociologist, not a housing activist. His book could do more than anything written in years to get fixing welfare reform and addressing urban poverty back on the national agenda.

It will be hard for anyone to read Evicted and not be outraged over this nation’s treatment of millions of low-income Americans. That is a huge accomplishment, and Desmond deserves high praise.

Randy Shaw is Editor of Beyond Chron. He has written about his successful efforts to stop illegal evictions in his new book, The Tenderloin: Sex, Crime and Resistance in the Heart of San Francisco. He also discusses how to win tenant protection laws in The Activist’s Handbook.