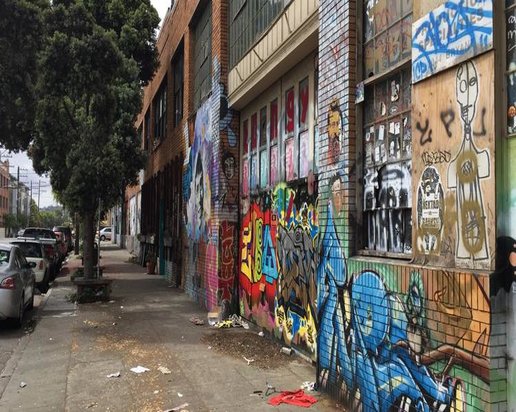 The site of proposed housing on Bryant Street

As Supervisors Kim and Peskin debate Mayor Lee over the best way to increase San Francisco’s affordable housing requirements, all agree that market rate housing propels the development of affordable units. It turns out that the real battle around housing is among progressives, some of whom share the Kim-Peskin view toward making market rate housing work better and others who oppose any housing that is not 100% affordable.

This split among progressives became clear with the response to a revised project for the long described “Beast” on Bryant Street in the Mission. The developer has now agreed to dedicate 33% of its land to the city for affordable housing, enabling the city to build an estimated 129 low and moderate-income units.

That is a remarkable offer in the context of current city law. And it far exceeds the proposed affordability requirements sought by the Kim/Peskin charter amendment.

Yet Mission activists are not supportive. According to Spike Kahn as quoted in Mission Local, “The community is still opposed to this for the very reason that it will destroy our neighborhood… Market-rate developments have a ‘domino effect’ of increasing rents throughout the neighborhood. It’s better to not build any market-rate in the Mission if you’re not going to build 100 percent affordable… No housing is better than gentrified housing.”

If you believe “no housing is better than gentrified housing,” then the progressive Board majority’s signature affordable housing measure is the wrong approach. Their position reflects a deep split between those who want to make new market rate housing more equitable through higher inclusionary requirements, rent control, and even vacancy control, and those who see all such housing as “gentrifying” and bad for San Francisco.

Which Side Are Progressives On?

When it came to last November’s Prop I (the Mission Moratorium), support for the measure was a progressive litmus test. Proponents argued then that the measure was not trying to ban market rate housing, but instead sought to create a pause in the building process to give time to create a neighborhood plan. After Prop I lost by a 58-42% margin, its backers held a City Hall rally claiming a mandate for a moratorium.

This explains why some opponents of the revised Bryant plan are still trying to act as if banning all market rate housing is not their goal. Gabriel Medina of MEDA told Mission Local, “There is no support for the project, and because it’s such a large scale project, it makes it even more important to not put it forward until we have a comprehensive policy [for the neighborhood].”

But if you believe that all market rate housing is gentrifying, then you are staking out a position that will never be the end product of a policymaking process for the Mission. Putting aside the dubious legality and policy wisdom of banning market rate housing in a particular neighborhood, politically it is not going to happen.

This grassroots opposition to market-rate housing, which also includes moderate and conservative homeowners who oppose all new developments, raises doubts as to whether the Kim-Peskin charter amendment could prevail over mayor, labor and developer opposition. Progressive organizations would back a higher inclusionary percentage even if they plan to oppose projects subject to such requirements, but voters opposed to any market rate housing may see the Board’s charter amendment as making “gentrifying” projects more politically palatable.

Jane Kim and Aaron Peskin are on the same page with Mayor Lee in believing that market rate developers offer the positive benefits of adding to the city’s affordable housing stock. The real political battle at City Hall is not between these forces, but rather between them and the progressive/moderate/conservative coalition that oppose all new market housing development.

We will know the outcome of this battle next week. The most likely result is a 25% inclusionary requirement that grandfathers all pending projects. That gives Kim and Peskin the higher percentage they seek while the mayor protects the thousands of units in the pipeline. The deal will also include language on economic feasibility and other provisions increasing flexibility.

The subsequent ballot measure backed by the pro-housing wing of progressives along with the mayor and developers is virtually certain to prevail. The anti-market rate housing forces will lose this battle but their activism will still have brought much more affordable housing to the Mission than was otherwise projected.

Randy Shaw is Editor of Beyond Chron. His new book is The Tenderloin: Sex, Crime and Resistance in the Heart of San Francisco,