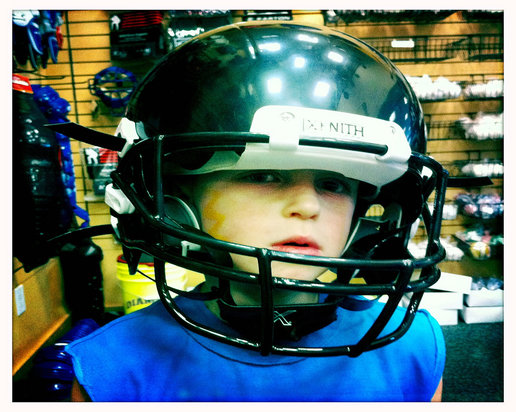 On January 7th, I wrote about a press release promoting an unpublished University of Maryland (UMD) study that recommended a chocolate milk drink to help high school football players recover from concussions. The press release mentioned that, as a result of the study’s findings, some schools are now giving the drink to all their athletes.

In the days that followed, there were several significant developments in the saga of the sketchy chocolate milk study. First, the University announced it will conduct an institutional review of the unpublished study; then, UMD’s Vice President of Research told the public not to rely on the results because they were not up to standards.

These developments came after a number of ethical concerns were raised by myself and others.

“As we have noted, the University of Maryland’s handling of the study done on behalf of Fifth Quarter Fresh, and university news releases that propelled the company’s marketing of its brand of chocolate milk, raise many questions about credible scientific conduct, human experimentation standards, conflicts of interest involved in university-industry collaborations and other ethical and scientific matters. It’s not just ivory tower stuff.”

C.K. Gunsalus, the director of the National Center for Professional and Research Ethics at the University of Illinois, told the Baltimore Business Journal on January 12th that she was concerned about:

As a parent, I was particularly interested in the last two concerns she raised. That’s because when my children participated in a University of Kentucky research project through their elementary school, I signed parental permission slips which included information about the purpose of the study and any risks involved. This is standard protocol for informed consent.

In order to waive the requirement, a review board would have to determine the research activity is designed to study conditions in children for which parental permission is not a reasonable requirement.  That seems unlikely to have happened in this case.

I would not have given permission for my children to participate in the UMD chocolate milk study because we have a family history of Type 2 diabetes, so I do not want them consuming sugary beverages.

Dr. Dan Taber, a childhood obesity researcher with the University of Texas Health Science Center at Houston, told me he was concerned about the lack of parental permission and small sample size:

“The press release said it was a study of 474 students, but that’s wildly misleading. According to the Baltimore Business Journal, only 191 students were actually in the analysis, only 16 of those 191 experienced a concussion, and only 7 of those 16 drank the milk. The district is basing their decisions on how 7 kids responded.

“Aside from being irresponsible, that’s statistically implausible. Finding 4 statistically significant differences in such a tiny sample would be extremely difficult. I’d be curious to see the full study, but if I were a reviewer that would already be a red flag to me – and the university press release didn’t even mention it.”

Perhaps that is why Pat O’Shea, Vice President of Research at the University of Maryland, told Associated Press reporter Candice Choi on January 14th that people should not rely on the results conveyed in the release, since they haven’t been through the proper scientific review.  He went on to say:

“We value our reputation and we value the advice we give to the public, and I believe this is not characteristic of what a leading, respected university should do.”

Nutrition professor Marion Nestle is working on a new book project about conflicts of interest and told me, “This is a classic example of why industry-funded studies raise questions of ethics and credibility. The University is doing the right thing in looking into this. I can’t wait to see what they conclude.”

Hopefully we won’t have to wait long to get those answers.