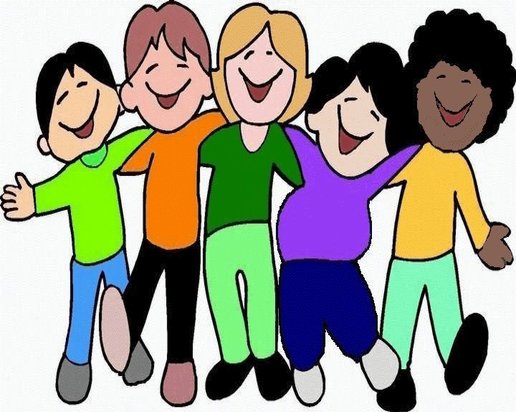 The Senate Agriculture Committee has scheduled a markup of the Child Nutrition Reauthorization (CNR) for January 20th; this legislation sets rules for federal programs like school lunch that feed tens of millions of children, most of them low income. For some kids, these meals may be the only proper nutrition they receive all day.

The new bill is called the Improving Child Nutrition Integrity and Access Act of 2016. The last reauthorization had a catchier title: the Healthy Hunger Free Kids Act of 2010 (HHFKA).

One might expect that legislation to improve the diets of America’s children would garner bipartisan support, and for the HHFKA, that’s exactly what happened. But this time around, not so much.

The past two years saw a pitched battle between those who wanted new legislation to include waivers, rollbacks, and even elimination of various provisions of the HHFKA rules for school meals, and those who determined to maintain progress made on improving child nutrition. Squabbling delayed the reauthorization past the September 30 expiration date of the HHFKA.

Now, after all the conflict, the legislation the Senate is bringing forward is clearly a win for kids’ health.

What are the current rules?

Five years ago, the HHFKA vastly improved the quality of school meals, as its provisions were gradually phased in beginning in 2012. Instead of allowing schools to serve up an endless cycle of chicken nuggets/pizza/corn dogs, with only corn or french fries for vegetables and nary a piece of fresh fruit in sight, the HHFKA set rules for a variety of fruit and vegetables to be served, and required that students take at least one serving of produce with their meal.

Sodium levels were to be lowered gradually, with the July 2014 targets for school lunch ranging from 1230mg for elementary students up to 1420mg for high schoolers. The next reductions, of approximately 300mg, were scheduled for July 2017.

Beginning with the 2014-15 school year, snacks and other food sold outside of the National School Lunch Program were, for the first time, also subject to regulations limiting fat, calories, sugar and salt. Called “Smart Snacks in Schools”, these rules inspired the junk food industry to produce regulation-compliant versions of kid favorites, like Flamin’ Hot Cheetos (now with Reduced Fat and Whole Grain Rich!)

Who would oppose healthier food for kids?

Much of the delay in getting a new CNR has been opposition led by the School Nutrition Association (SNA), a 55,000 member organization including both those who run the nation’s school cafeterias and those who manufacture and sell products to them.

SNA, which was a big supporter of the HHFKA in 2010, did an about face in 2014 and began demanding rollbacks to the new regulations. A widely read article by Nicholas Confessore in the New York Times tied the change of heart to SNA’s hiring of a new lobbyist, one friendlier to the interests of the processed food industry.

Thus, what should have been a routine extension last year of legislation improving nutrition for tens of millions of children, became a drawn out battle between those who prioritize children’s needs and those who appear interested primarily in the needs of processed food companies.

Details of the proposed Senate bill, according to SNA

But now apparently a compromise has been reached. SNA’s website posted a news item on January 15th that laid out what can be expected from the proposed Senate bill.

Among the changes: HHFKA rules required all grains served to be “whole grain rich”; the new legislation scales that back a little, requiring 80% of grains to be whole grain rich.

SNA has been a vocal critic of the 100% “whole grain rich” requirement, insisting that schools must be allowed to serve unlimited amounts of what they call “regional favorites” like all-white-flour biscuits in the South, tortillas in the Southwest, and bagels in the Northeast. They wanted to require just 50% of grains to be “whole grain rich.”

This despite the fact that the USDA, which oversees school meal programs, reports that nationwide, 97% of all schools are already meeting the 100% whole grain rich, and all other, rules.

Even Julia Bauscher, who was President of SNA in 2014, told (at 1:32:34) a July 2014 Senate Agriculture Committee Hearing held just after the 100% whole grain rich rule took effect, that she believed “most districts wouldn’t have any trouble getting even to 90%, if there was at least an exemption for that culturally significant bread grain item,” meaning biscuits, tortillas, etc.

But current SNA President Jean Ronnei, in a September 2015 letter to Congressional leaders, called the 100% whole grain rich requirement “unrealistic” not only for schools, but also for families.

Since 2014-15, states have been allowed to grant waivers from the 100% requirement to any school that “demonstrates a hardship in procuring compliant whole grain-rich products that are acceptable to students.” Those waivers, which allow schools to comply by serving just 50% “whole grain rich” products, will expire at the end of the current school year.

Note that because “whole grain rich” foods may contain just 50% whole grains, a waiver to serving them 50% of the time means that those students are getting just 25% whole grains and 75% less-nutritious refined grains.

At this point, even a compromise requiring 80% of grains be “whole grain rich” feels like a victory for health advocates, so long as the waivers are eliminated, and it appears that they are.

Another HHFKA rule opposed by SNA required students to take a serving of fruit or vegetable with their meal. This provision was really key to improving student diets, and the most recent research shows that student nutrition has improved since the HHFKA took effect, while “plate waste” (food thrown away) has not increased.

However, SNA insisted students were just throwing away their unwanted produce and that the added cost made it harder for cafeterias to balance their budgets. The organization wanted individual schools to decide whether or not to require kids to take a serving of produce.

In a huge win for kids’ health, SNA reports that the new rules will leave the HHFKA fruit and vegetable requirements intact.

Sodium reductions will continue in 2019

Freezing sodium targets was another goal for SNA; the group even went so far as to promote the fantasy that lower sodium in school food could put children’s health at risk. This despite the fact that the Centers for Disease Control and Prevention found in 2014 that 90% of school-aged kids eat too much sodium. SNA wanted current sodium limits preserved, with no future reductions, pending further research.

However, the best SNA was able to get as a compromise in the Senate bill is an agreement to postpone the 2017 target reduction to 2019. Again, given the vociferous nature of SNA’s anti-sodium-limit lobbying, this feels like another win for kids’ health.

A win for kids and for advocates

SNA says that they “worked collaboratively” with the USDA, White House and Senate Ag Committee on the proposal; it was probably finalized weeks ago, and they must have known that they got very little of what they were demanding.

But clearly SNA sat on this news until Friday afternoon at the start of a long weekend. That’s what the TV show The West Wing called “taking out the trash,” meaning burying bad news.

But what’s bad news for SNA and their processed food sponsors is great news for kids’ health.

“This plan keeps school meal programs moving forward with kids’ health as the first priority. Students’ meals will continue to have greater varieties of fruits and vegetables, more whole grains, less sodium, and less saturated fat than they did previously.

“The bill does not write specific nutrition standards into law, and that’s critically important because it preserves USDA’s authority to set standards based on the best science on children’s dietary needs and eating habits.”

New York University professor Marion Nestle, one of the country’s leading authorities on nutrition and food politics, says it’s a win for advocates too. She told me:

“If SNA has it right, Congress has introduced some compromises in order to move the process forward. Whether these changes are good or appalling depends on whether you are an optimist or pessimist. I’m going to take the optimist’s position here. These could have been a whole lot worse.

“We already know that the changes to school food rules have improved the nutritional quality of meals at the vast majority of schools. The SNA lost some significant battles here and its retrogressive demands have been greatly softened. This should give school food advocates much satisfaction that their efforts paid off and that school kids will be eating more healthfully as a result.”