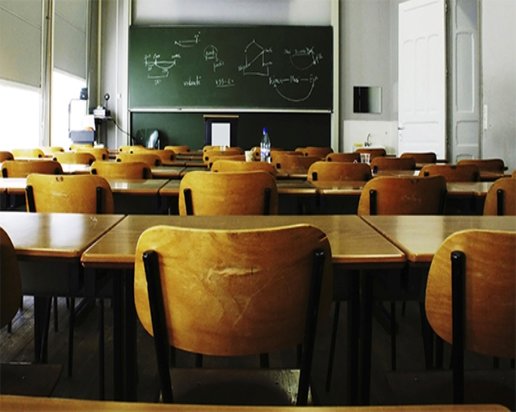 School starts for many this week, and in the San Francisco Bay Area the big story is the teacher shortage. This news should not be surprising.

As state education funding over the past decade fell far short of meeting needs, teachers paid the price. Teacher salaries throughout California fell further behind housing costs than ever before, and nowhere is this gap larger than in San Francisco. A starting teacher earning in the high $40,000 range cannot afford a vacant one-bedroom apartment, and even finding an affordable studio is tough.

In response to the shortage, Lita Blanc, president of the United Educators of San Francisco, told the SF Chronicle that “Twenty-five years ago I was able to raise a family in San Francisco on a teacher’s salary. That’s what I want for the new teachers in the district.”

To her credit, Blanc cited a period twenty-five years ago rather than five or ten because you have to go back that far for teacher salaries to come close to matching vacant apartment rents.  This problem emerged well before San Francisco’s ongoing tech-hospital-real estate boom and was years in the making.

So what can San Francisco do for its teachers beyond despairing about rising rents on vacant apartments that cannot be controlled?  Or significantly raising teacher salaries at the state level, which is not going to happen in the near future?

Here are three of the many ways to help.

San Francisco’s Mayor’s Office of Housing and Community Development (MOHCD) administers a Teacher Next Door (TND) Program to assist teachers buy their first home in San Francisco.  This is a great goal.

But while it is likely to help veteran teachers, this homeownership program means little to the new teachers who cannot afford to rent in the city. In addition to Teacher Next Door, programs must be targeted to newer teachers if we are serious about addressing the teacher shortage.

What is most needed is subsidized rental housing for teachers.  This can occur either through a property like that acquired by the city at 490 South Van Ness (a completely entitled project) or through other inclusionary or nonprofit projects in the pipeline. Prop A, San Francisco’s $310 million housing bond, can also provide these housing opportunities.

A building designed to house teachers for either five years or as long as they stay with SFUSD would create incentives for quality teachers to become San Francisco teachers and to stay. Since these subsidized projects are insulated from rising market rents, teacher can count on staying in the San Francisco school system longterm (should they eventually get in the position to be homeowners, the Teacher Next Door program kicks in).

The city can also consider offering housing vouchers to teachers that include rent subsidies. That would enable teachers to get housing access immediately, expanding the supply of available units.

These housing subsidies would still be going to a minority of teachers. For a city that says its committed to its public schools, these subsidies are a sound investment in the future.

There are many arguments against a teacher rental subsidy program.  Some will ask why we are singling out teachers as opposed to workers in homeless shelters or first responders.  Others will worry that, since schools are state-funded, providing local funding will create pressure for the city to do likewise for other underfunded state programs. Some will question the fairness of providing teachers with benefits outside the collective bargaining process.

But if San Francisco wants to reduce the teacher shortage,  subsidizing teacher housing must be among the strategies.

Addressing the teacher shortage also requires making it easier for teachers to get to work. My kids are both teachers in San Francisco public schools.  Until their experience I did not appreciate how many schools are not near BART. Considering how many newer SF teachers live in Oakland due to lower rents, someone living in Oakland faces an expensive and potentially very long commute to San Francisco schools.

First, all teacher public transit should be subsidized.  If the transit districts won’t do it, there’s got to be a wealthy donor willing to do so.

Second, teachers whose schools are not near BART and who are now required to take multiple trains and buses to get to work—at considerable time and expense—should have their Lyft or cab fares covered by the district.

Again, the goal here is to encourage qualified people to teach in San Francisco. If they have to spend over $1000 a year getting to work, and that commute is an hour or more each way, a lot of jobs start looking better than being a SF teacher.

San Francisco built a lot of schools before BART, so future teacher transit to work was not an issue. But with newer teachers increasingly having to live in the East Bay, the transit time and costs are a real deterrent.

I’m always hearing about philanthropists donating to schools. Unfortunately, Bill Gates, Eli Broad, Mark Zuckerberg and others squandered hundreds of millions of dollars on their own agenda for education rather than supporting public schools.

These anti-public school billionaires are not whom I am talking about when I say SF needs to better coordinate its philanthropy.  I’m saying that with all the wealth in the city, something is wrong when teachers don’t have enough paper to make copies. Or have a limit on materials that requires them to pay for more out of their pocket.

Couldn’t the SFUSD arrange a major donor to cover all of its paper needs? We’ve got all these tech groups providing computers to schools but education is not simply about providing hardware.

San Francisco can’t reduce rents on vacant apartments or unilaterally raise teacher salaries. But these three actions can all be done, and they will make a difference.