Was 2014 a Watershed Year for Food Politics? 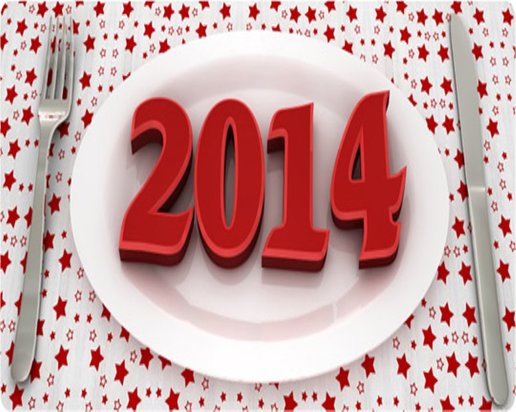 Progress was made in food politics in 2014, with new legislation on GMO labeling and soda taxes; food superstars like Michael Pollan and Mark Bittman calling for a national food policy; and growing demand for fast food workers’ rights. Add to that improvements like Smart Snacks in Schools (part of 2010 federal legislation that took effect this July) and the recent issue of the FDA’s final rule on calorie counts on menus, and it feels like 2014 might be viewed, in retrospect, as the watershed year for food politics.

Is this really the year when the pendulum began to swing back in favor of consumers, workers and health, and away from corporations, exploitation and disease? Or am I high from the Berkeley soda tax win?

To find out, I asked some of the most knowledgeable people in the food politics arena for their take on the year just wrapping up, and what might lie ahead.

New York University professor Marion Nestle, one of the country’s leading authorities on nutrition and food politics, and the author of the seminal 2002 book Food Politics, told me:

“I’d say 2014 is the year that the food movement came into its own and became a force to be reckoned with at the electoral level.  Some GMO labeling initiatives may have lost, but at least one of them was close enough to require a recount (Oregon) and the one in Vermont won, as did an ordinance in Maui to ban cultivation of genetically modified crops.

“The best evidence is that the food and beverage industries have spent close to $100 million on defeating such initiatives so far.  The soda tax initiatives in San Francisco and Berkeley won majority votes, Berkeley’s by a landslide.

“And a new organization, Food Policy Action, aims to hold congressional representatives accountable for their votes on food issues. I’m hoping for a huge coalition to take on electoral campaign laws next year—the root of America’s corrupt politics.”

Harold Goldstein, DrPH, executive director of the California Center for Public Health Advocacy, is clear on what the biggest triumph for food policy was in 2014. He says, “For me the most significant food policy accomplishment of 2014 was the majority of voters in Berkeley and SF voting to support a soda tax even though they faced a $10 million onslaught from Big Soda. There is now no question. The first domino has fallen. Soda taxes around the country are inevitable.”

Andy Bellatti, MS, RD, a nutritionist, co-founder of Dietitians for Professional Integrity, and former student of Marion Nestle at NYU, has seen progress this year within his profession. “As a co-founder and Strategic Director of Dietitians For Professional Integrity,” explains Bellatti, “the issue of food industry partnerships within the Academy of Nutrition and Dietetics (AND) is very close to my heart.

“Within the dietetics world, the virtually unchallenged status quo is that we must ‘sit at the table with industry’ — a viewpoint I don’t agree with. For years, there wasn’t one shred of progress.

“However, 2014 was different. The Los Angeles District Dietetic Association voted to reject industry sponsorships and instead raise annual membership dues by a mere $5 per person to make up for the lost industry sponsorship dollars. The California Dietetic Association — notorious for having McDonald’s as their gold sponsor at their annual conference — formed a sponsorship committee a few months ago to discuss the issue.

“I keep getting emails about local AND chapters prioritizing this issue and seeing the need to address it due to member concerns. It’s the epitome of grassroots activism! There is still a long way to go, but some very important steps were made this year.”

Margo Wootan, director of nutrition policy at the Center for Science in the Public Interest, cites progress in school food rules and menu labeling. “2014 was a big year for nutrition,” Wootan told me, “with a number of significant steps forward toward making it easier for people to eat healthfully and feed their children well.

“After over a decade of work by local schools, states, advocates and parents, all schools throughout the country are removing soda, sport drinks and other sugary drinks, candy, snack cakes and other junk food from vending, school stores, on-campus fundraisers and other venues in schools. This will not only improve children’s diets now, but also teach them healthier lifelong habits.

“The FDA finalized regulations that will result in calorie labeling in chain fast-food and sit-down restaurants, supermarkets, convenience stores, and movie theaters, which will go into effect by December 2015.  Menu labeling will allow people make informed choices about what and how much they want to eat when dining out and provides an incentive for restaurants to improve their offering.”

Ann Cooper, the most famous school lunch lady in America, Director of Food Services for Boulder Valley School District in Colorado, and founder of the Chef Ann Foundation, hailed the many organizations that focused on positive changes in the school food world in 2014. Her list includes:

“We hear so much negative about school food in the media these days,” says Chef Ann, “the most recent of which is high school students tweeting their depictions of crappy school food and blaming Michelle Obama for it.  Apparently the students are unaware that George W. Bush (not Barak Obama) was President at the time when Congress authorized the USDA to improve the nutritional quality of school meals, as Bettina Elias Siegel pointed out recently on her blog The Lunch Tray.

“So instead of tweeting about what we don’t like about school food, we should all be promoting the amazing work of all of the organizations that are helping schools work toward delicious/nutritious food for every child in our country.”

As the voice behind the popular blog US Healthy Kids, Casey Hinds works to make a healthier food environment for children and instill a love of physical activity. She shared her view that 2014 has been a watershed year for the food movement pushing back against fast food marketing to kids.

“When McDonald’s unveiled the twitter hashtag #RonaldMcDonald in April to revive slumping sales,” says Hinds, “they met backlash over their marketing to children.  In May, we took the #MomsNotLovinIt campaign to McDonald’s Annual Shareholders Meeting.  The CEO, Don Thompson, made a tactical error by responding to our concerns by stating, “We don’t put Ronald out in schools.”

“This was a patently false statement and triggered a call by advocacy groups from around the world asking him to stand by his assertion that Ronald McDonald does not make appearances in schools.

“Fast food companies’ marketing to kids has gone unchallenged for far too long but that’s starting to change.

“What did it take to shift the public climate around R.J. Reynolds using Joe Camel to market cigarettes to kids?  A “Send Joe Camel Packing” campaign eventually led to President Clinton, the American Medical Association, the Surgeon General and the Federal Trade Commission all voicing their opposition to the cartoon mascot. The time has come to send fast food mascots packing as well.”

“Consumers got a big win in November when the FDA released the long-delayed, stronger-than-anticipated final menu labeling rule,” she says. “The rule requires chain restaurants, some vending machine operators and chain food-service establishments with restaurant-type food like movie theaters, convenience stores, and supermarkets, to post calories on their menus and menu boards.

“Calorie labeling has several benefits — it is the ultimate educational measure, providing consumers with the information they need, at point of purchase, to make informed decisions for themselves and their families. And it will spur a new round of menu reformulation once unhealthy calorie counts are revealed.

“Too many food service establishments fought hard to be exempted from the rule, but a business model based on withholding information from the consumer is questionable, at best.”

But not everyone in the food politics arena shares the belief that 2014 was a watershed year. Bettina Elias Siegel, a former lawyer, freelance writer, mother of two and school food activist, blogs regularly about children and food on The Lunch Tray. Her enthusiasm for the year’s progress is more measured.

“What I perceive as a victory in 2014,” says Siegel, “is that societal conversations about food policy and transparency seem to be increasing at an exponential rate.  Even in places where soda tax or GMO labeling initiatives failed, those issues were openly debated before the public in an unprecedented way.

“And when issues like the “added sugars” disclosure or misleading food labels become the stuff of late night comedy, hopefully it reflects a growing interest in food ingredients and the politics that drive food policy.”

However, Siegel continues, “2014 has been a mixed year for school food. With respect to the actual school meal, the new and improved nutritional standards are now under attack in Congress and, in light of the midterm election results, they may well be rolled back.

“But 2014 also marked the first year that the Smart Snacks in School rules were in effect, meaning that schools can no longer sell junk food in their cafeteria snack bar lines and student or parent groups can no longer use junk food to raise money for clubs or other activities.  That’s great news for those of us who had long been concerned about the practice of junk food fundraising at the expense of student health.”

Public health lawyer Michele Simon, president of Eat Drink Politics, definitely sees the glass as half empty. She told me, “Now that the food movement is picking up steam, our opponents will only get smarter and more aggressive in their pushback. For example, New York City lost its attempt to limit the size of sugary drinks because of a successful lawsuit. Similarly, with the victory on GMO labeling in Vermont, now comes the lawsuit to stop it.

“In addition to litigation, industry’s real trump card is preemption: getting a law passed at higher level of government to wipe out local laws. This happened recently in California on GMO crops when advocates weren’t looking. You can bet that’s coming with soda taxes: industry will try to get the state to wipe out Berkeley’s law.

“Not to be a downer,” says Simon, “I just think this reality check is needed along with the victory parties.”