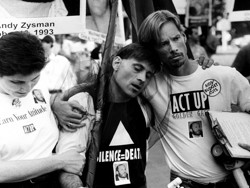 ANOTHER YEAR — Mike Leigh’s newest film is an exquisite ode to the delights and miseries of time’s passage. Contrasting the lives of happily married Jim Broadbent and Ruth Sheen with that of Leslie Manville’s troubled single friend, the viewer is taken repeatedly over the border that separates the most mundane moment from becoming a source of either mutual joy or isolated torture. As the film passes through a cycle of seasons in these characters’ lives, the director chronicles events which will make the viewer wonder whether they would display greater wisdom or foolishness in all too familiar situations.

UNCLE BOONMEE WHO CAN RECALL HIS PAST LIVES — What is Apichatpong Weerasethakul’s tale about a slowly dying man who encounters paranormal manifestations of significant people in his life? Is it a visual metaphor for the titular character’s mental and emotional state? Is it a naturalistic rendering of what would otherwise be genre material? The genius of Weerasethakul’s award-winning tale is that its observations and suggestions gently guides the viewer to accept the emotional compromises that our ancestors adopted to live in a world where available knowledge felt pitifully small compared to the universe’s enormous mysteries.

MEEK’S CUTOFF — Kelly Reichardt gives the Western genre a cinematic judo throw which upends expansionist romanticism in favor of capturing the probable ambiguities and uncertainties of the actual pioneer experience. Michelle Williams’ quietly steely frontier wife rebukes the standards of simplistic morality and trustworthy macho leadership. Ultimately, the film becomes a parable about how interdependence plays a bigger unacknowledged role in what’s normally thought of as an individualistic enterprise.

THE ARTIST — Michel Hazanavicius’ film admittedly (and skillfully) pays homage to such classic Hollywood stories as the veteran star whose career is eclipsed by that of an up-and-comer. But this supposedly light trifle also carries a very timely subtext of how obsolescence through technology sparks anxiety about one’s future. The film’s biggest irony is that its lead character’s pretentious claim of being an artist is undercut by his unconsciously demonstrating that he’s actually a glorified hack.

WE WERE HERE — David Weissman and Bruce Weber’s shattering documentary may use the smallest of stages, the recollections of five individuals who lived in San Francisco. Yet those same testimonies collectively and powerfully tell the larger story of the devastation wrought on the LGBT community by the AIDS epidemic and how that community eventually rose up to ensure its future survival. This film is a valuable cinematic document which demonstrates why learning and preserving LGBT history for future generations so threatens homophobes.

DRIVE — Nicolas Winding Refn’s modern noir may confound those who prefer their cinematic violence supersized. The film does contain many moments of visceral violence. But its real success comes from swaddling its crime drama’s heart of personal obsessions and the extreme acts committed to fulfill them in the sound and visual clothing of a sleek music video.

MELANCHOLIA — The pulp fiction concept of a planet fated to collide with Earth gets transformed by Lars von Trier into an aesthetic staring contest with the abyss of non-existence, ending with the abyss blinking first. A yin-yang story structure beautifies “Melancholia”’s nihilism. Gallows humor laces the emotional emptiness of personal success in the first half. Mounting dread and doom overcomes the supposed invulnerability conveyed by wealth in the concluding half.

TINKER TAILOR SOLDIER SPY — Tomas Alfredson’s riveting adaptation of John Le Carre’s famed spy novel presents a very detailed portrait of a secretive culture where the willingness to betray another person goes beyond a job requirement to being a way of life. There’s irony in George Smiley’s hunt for the Soviet mole who’s betrayed MI6’s secrets, as if betrayal is tolerable only until it brings great embarrassment. An excellent rebuke to the idea that intelligence and entertainment are mutually exclusive.

INCENDIES — Wajdi Mouawad’s play gets an unforgettable adaptation from Denis Villeneuve. The revelations of Nawal Marwan’s past slowly becomes an introduction to a deadly spiral dance of political and religious violence that no inhabitant of this unnamed Middle Eastern country can choose to sit out. Yet despite the bleakness of this drama’s events, “Incendies” (“Scorched” in English) never surrenders to hopelessness. How that emotional liberation is achieved, the reader must see for themselves.

SUMMER PASTURE — How did Lynn True, Nelson Walker, and Tsering Perlo make their cinematic portrait of a Kham yak herding family’s summer so compelling? Details of this family’s daily life such as the molding of yak dung by hand are presented with a nonchalance that removes it from the realm of anthropological interest. But showing the familiarity of this yak herding family’s challenges for the future establishes a human connection that crosses cultures and distances.

THE LIFE OF FISH — What if the second chance is the Holy Grail of relationship moments? That question gets a touching examination in Matias Bize’s exquisite drama about an expatriate who hopes to re-kindle a relationship with a now married former true love. Heartfelt conversations and memorable visual storytelling make this film a sleeper hit.

SCENES OF A CRIME — Suspected criminals are rarely willing to admit their guilt, especially when their supposed crime results in a human death. Yet, as Grover Babcock and Blue Hadaegh’s disturbing documentary shows, the pressure to obtain an admission of guilt and the process by which the police do so may be in itself a type of crime. In the end, questions are raised on what compromises or tactics a person is willing to accept as acceptable law enforcement behavior.