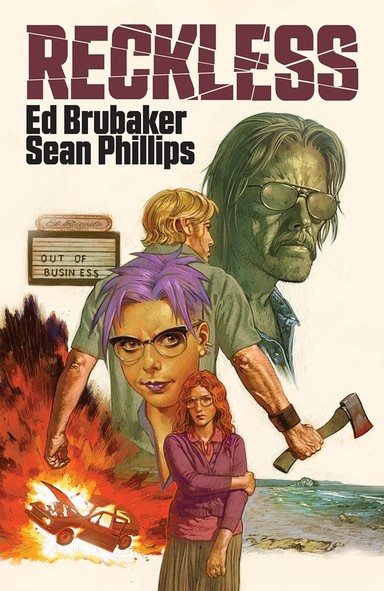 The Alliance for Social and Economic Justice will be holding its inaugural Social and Economic Justice Film Festival on January 23-24, 2021.  This collection of short and feature films features work from the U.S., Argentina, India, South Africa, and elsewhere.  The subjects covered by these films range from union organizing drives to environmental hot button issues (e.g. the Standing Rock protests) to racial justice issues such as the Black Lives Matter protests.  The films will be presented virtually with occasional intermissions.

In the interests of full disclosure, it needs mentioning that this writer is part of the committee which put together the film festival.  He helped with the process of selecting the films to be shown.  The film write-ups had this writer’s input.

Tickets are $15 for single day screenings, $20 for both days.  The festival awards ceremony on January 24 requires a separate admission of $10.  For those who want to catch both days of films and the awards ceremony, tickets are $30.  Higher ticket prices include added perks such as an interactive copy of the festival program ($50), a poster signed by both the festival committee and several directors ($70), and shout-outs at festival’s end and the award show ($100).

For further information about the festival and the films being shown, go here.

There’s a man who has a special 1-800-type number.  If you’re in the sort of trouble that makes going to the cops a non-option, you can try calling that number and describe your difficulties.  If your problem is interesting, he’ll handle it…whatever it may be.  The splash page of this “guy with the number” covered in blood and gore shows just how far he’ll go to get a job done.

Meet Ethan Reckless, the star of the new Image Comics graphic novel “Reckless.”  Written by Ed Brubaker and drawn by Sean Phillips, this tale is the first in the adventures of this detective.  Brubaker and Phillips have a long creative partnership working on projects ranging from an off-kilter take on the vigilante anti-hero story (“Kill Or Be Killed”) to mixing pulp fiction Westerns with American Nazis (“Pulp”).

The team’s new series is their nod to the once popular paperback detective fiction series.  Readers familiar with Mike Hammer or Travis McGee will recognize the source material Brubaker and Phillips are referencing.   The graphic novel’s cover painting both introduces the story’s main characters and hint at the sex and violence to be found within these pages.  But unlike the source inspirations, the sex scene found in “Reckless” offers a doomed sweetness rather than titillation.  The violence is brutal and graphic but never grotesque.

“Reckless” takes place in 1981 Los Angeles.  One day, Reckless gets a message from an anonymous woman who mentions two names: Donovan Rush and the Moonlite Inn.  Checking out the message, Reckless’ worst fears are realized.  The caller is his ex-lover Rainy Livingston.

In the early ‘70s, Livingston and Reckless had a shared history of belonging to an underground revolutionary group that specialized in blowing up buildings.  Rainy’s brother Anton led the group.  The couple’s failure to bail out when they had a chance led to Ethan becoming the only survivor of a bomb explosion and Rainy spending years on the run from federal authorities.

Livingston needs Reckless’ help to collect money that will finally allow her to settle down and stop running.  The problem is the money in question is her cut in the unclaimed proceeds of a bank robbery she committed with Wilder and other members of a Weathermen offshoot.  Wilder’s purchase of a big rural Northern California spread suggests he’s now spending the stolen money.

Guilt more than professionalism spurs Reckless to take his ex-lover’s case.  His falling in love with Livingston wasn’t part of his assignment as an undercover FBI agent to nail her brother.  He blames himself for ruining his ex-lover’s life and turning her into a fugitive.  But even years later, Ethan still lies to Rainy about his real identity.

Then again, Reckless has made a habit out of keeping secrets from others.  He rarely shares with anyone information about where he lives.  Even his friend (and unpaid assistant) Anna knows nothing of Ethan’s capacity for violence.

Reckless considers himself a misanthrope.  Yet his friendship with Anna comes out of a shared sense of nihilism.  Anna’s heavily into the punk scene.  Ethan, on the other hand, feels the world’s going to hell anyway.  But he sees nothing wrong in doing something that can make a person happy for a few days even if the end is inevitable.

Reckless’ nihilism can be traced to the bomb explosion he survived.  A permanent scar on his face may have been the most noticeable physical damage.  Mentally, though, Ethan has a variation on the “Axis II Personality Disorder” possessed by the “Person Of Interest” character Sameen Shaw.  The only emotion he can feel nowadays is anger.  In addition, he’s an amnesiac and generally suffers from severe sleep disorder.  Ironically, that general emotionlessness proves an asset in Reckless’ fight with Wilder.

Making Reckless’ headquarters the shuttered El Dorado movie theatre makes a nice atmospheric touch.  There’s the allusion to a treasure forever out of reach of its searchers.  But the theatre also serves, like the ocean, as a personal temple for Reckless to find what peace he can in his life.  Watching “The Night Of The Hunter” something like fifty times does seem an odd way of finding personal contentment.  A disagreement with Anna over doing Midnight Movie screenings of Penelope Spheeris’ “The Decline Of Western Civilization” pays off with a nicely symbolic moment.

Brubaker and Phillips’ first “Reckless” graphic novel may have been inspired by the paperback detective novel series of old.  But with the emotional complexity they add to their base material, this creative team has made a good start on a project whose publication schedule will hopefully not cause either man to suddenly drop dead.

(As mentioned above, go here to check out the programming offered by the Social and Economic Justice Film Festival.  “Reckless” is now available in such well-stocked comics shops as Comix Experience, which has made the book its Graphic Novel of the Month.  There will also be an interview with Ed Brubaker on the Comix Experience YouTube channel at 10 AM on January 17, 2021)