10 Local Races to Watch in November 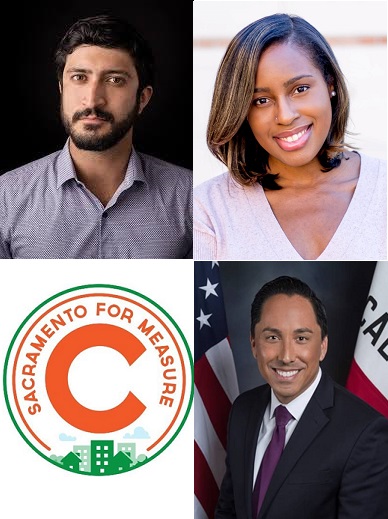 The overwhelming focus on the presidential race means local elections are getting less attention. This does not diminish their importance. As I say in the title of my most recent book, local politics determine who gets to live in cities and the sustainability of urban life. Here are ten local contests especially impactful for November (listed in alphabetical order by city).

When I began writing Generation Priced Out in 2017 I knew little about Austin, Texas politics. I ended up writing an entire chapter on its affordability crisis and how it could be addressed. One obstacle—a council majority opposed to increasing housing density—was overcome in the November 2018 elections. This led to the May 19 passage of Affordability Unlocked. It would have brought further reforms but for a terrible court decision that has held up the rezoning process (Austin is not only subject to a Republican-dominated Texas judiciary but many of its local affordability and worker protection options are barred by state laws).

Why is it worth watching? Austin has seen enormous growth and rising unaffordability in the past five years alone. A victory of the pro-housing, pro-transit slate solidifies Austin’s steady political shift toward a more inclusive city. A defeat sets back this progress.

Berkeley’s future as a city for people of all incomes will be significantly impacted by the outcome of the District 2 council race. Terry Taplin is challenging Cheryl Davial, the Council’s most anti-housing incumbent (Disclosure: I endorsed Terry Taplin and donated the $50 maximum to his campaign). An openly gay, working-class Black man raised in West Berkeley by a single mother, Taplin has been endorsed by a wide swath of Berkeley politicians and organizations. This includes a majority of current councilmembers, Assemblymember Buffy Wicks and Mayor Jesse Arreguin.  Even those who disagree with Taplin on specific issues are backing him as someone with whom they can work.

Cheryl Davila, the D2 incumbent, consistently opposes increasing housing and even has opposed funding for affordable housing. She has so alienated her colleagues that she is not endorsed by a single Councilmember (councilmembers Harrison and Bartlett had endorsed her but pulled their support last week).

Alex Sharenko is a third candidate in the race whose pro-housing views mirror those of Taplin. If anyone wonders about the value of ranked choice voting (and it’s on the ballot in this November in many cities and the state of Massachusetts) Berkeley’s District 2 is the perfect example of why two pro-housing candidates can avoid splitting votes and electing an anti-housing rival.

Why is it worth watching? This election will significantly determine Berkeley’s housing future. Taplin would become part of a pro-housing majority; that will not happen if Davila wins.

Culver City borders increasingly expensive Los Angeles and Santa Monica. Yet it avoided the unaffordability of its neighbors until the past decade when tech and their workers arrived. Culver City’s long history of not building housing meant resulted in a familiar pattern: more affluent workers drove up rents and home prices, outbidding working and middle-class families for the existing supply.

Culver City voters responded to this sudden housing crisis by electing a pro-housing majority in 2018. This majority enacted permanent rent control and eviction protections (landlords have put a measure on the ballot to repeal it) and are turning the city into a progressive model. A progressive slate of Yasmine-Imani McMorrin, Freddy Puza, and Darrel Menthe is running to maintain this progress.

Why is it worth watching? As with Austin, Culver City needs to keep moving in its current direction. The three extremely impressive progressive candidates will ensure this. Culver City also faces a rent control repeal ballot measure (Prop B) whose defeat will also signify the city’s ongoing progressive direction.

Downey is 13 miles southeast of downtown Los Angeles. I discovered council candidate Alexandria Contreras because of her tweets @AlexforDowney) opposing a terrible plan to stop the expansion of the 605/5 interchange that would bulldoze 200 homes, a school & a park. A great October 2 article in Streetsblog LA led to a huge uproar over the Downey plan but Contreras has long been the most vocal opponent.  And she doesn’t mince words, calling the plan “immoral and unjust – state sanctioned violence.” I have not seen Contreras’ rivals constantly tweeting against a highway plan that repeats the terrible urban renewal mistakes of the 1950’s and 1960’s.

Why is it worth watching? Contreras’ victory sends a powerful message against this highway plan. She’s pro-housing and pro-transit and reflects the opposition to highway expansion that California should demand from all elected. Her victory would encourage other politicians to openly challenge King Car.

For all of its talk of being a progressive bastion, the Los Angeles City Council is filled with politicians who refuse to change city policies that worsen unaffordability and climate change. The problem was exacerbated by the difficulty of defeating incumbents in extremely low-turnout off-year elections.

2020 is the first council cycle linked to a presidential turnout. And that is bad news for incumbent David Ryu and good news for challenger Nithya Raman (I endorsed and donated to Raman). Raman is a true progressive who is open to building the housing Los Angeles desperately needs. Ryu’s views are constantly shifting, with the LA Times July 28, 2020 story on the race asking in the title whether the incumbent is a “‘progressive fighter’ or a knockoff?”

Some housing advocates are not certain about Raman, while Ryu has reinvented himself for this tough re-election fight. But if politicians haven’t delivered in their first three years, election-year conversions are suspect.

Why is it worth watching? A Raman victory will make all councilmembers more accountable to their districts. It also opens up prospects for a more inclusive housing policy. A Ryu victory simply keeps the status quo.

Chris Smith is a longtime leader in efforts to stop one of the nation’s worst boondoggles: the Rose  Quarter Freeway Expansion. Smith cast the first “no” vote by a public official on the “Rose Quarter Improvement Project” when others sought to include the freeway back in 2012. And he was the only vote in opposition!

We’re talking about a candidate who has been fighting a racially and environmentally destructive highway expansion plan for nearly ten years.  And thanks to Chris bringing alone so many others, the expansion has gone from “sure thing” to deeply in doubt.

Why is it worth watching? We need visionaries like Chris Smith setting transit policy as we struggle to combat climate change. It’s often hard to get principled, committed activists to run for office; when they do we need to elect them (Disclosure: I donated to Smith’s campaign).

As I show in Generation Priced Out, strong rent control and eviction protections are essential elements in cities’ affordability strategies. That’s why passing Sacramento’s Measure C is so important. It’s also why national realtor groups and their politicians’ allies are spreading falsehoods to defeat the measure (these claims are powerfully rebutted in this story).

Measure C limits annual rent increases to 5%. Does that sound extreme? I authored San Francisco’s rent hike measure that voters passed in 1992; it limits annual raises to 60% of CPI, far below what Measure C allows.

Why is it worth watching? The Bay Area’s failure to build housing led workers to move to more affordable Sacramento (120,000 cars commuted daily from Sacramento the Bay Area prior to COVID). That influx resulted in rising rents and home prices. If Sacramento is to retain its historic ability to house the working and middle-class, voters must pass Measure C.

There may not be a clearer choice in any local race this November than the San Diego mayor’s race between Assemblymember Todd Gloria and Councilmember Barbara Bry. Gloria, endorsed by the Democratic Party, the state’s leading Democrats, and even the normally conservative San Diego Union-Tribune, would continue San Diego’s shift in a pro-housing, pro-transit urbanist direction. In contrast, the front page of Bry’s website highlights that she  “has pinned her mayoral hopes on identifying herself as the protector of single-family neighborhoods.”

Why is it worth watching? San Diego is California’s second largest city and the nation’s eighth largest. If elected, Todd Gloria could turn long ignored San Diego into a national model for progressive urbanism. A Bry victory would be a triumph of the status quo and a big victory for the older white homeowners who are her most fervent supporters.

I wrote about the supervisor’s race between leading candidates Marjan Philhour and Connie Chan on September 14 (“Will San Francisco’s District 1 Vote for Change?”

Why is it worth watching? This race will send a message about whether a part of San Francisco that has seen little housing built for decades will open itself up for affordable and middle-class housing. Philhour offers this opportunity while Chan will continue the policies of current supervisor Sandra Lee Fewer. Philhour is also pro-transit, while Chan has come out against Prop RR, the ⅛-cent sales tax measure for Caltrans which the Board of Supervisors unanimously voted to put on the ballot.

The race between Dave Cortese and Ann Ravel is technically a state race but since it covers nearly all of San Jose I feel it qualifies as a local race to watch.

Why is it worth watching? Cortese backed the state housing bill SB50 from the very start. If elected, he would be a strong voice in Sacramento for increased housing production. Cortese is overwhelmingly backed by organized labor, which could make him a key broker on housing issues.  Ravel opposed SB50. She would likely join the ranks of politicians who bemoan the housing crisis but find reason to oppose real solutions. Ravel has been endorsed by both the SF Chronicle and San Jose Mercury News.

I sympathize with local candidates struggling for media attention and campaign volunteers during a pandemic, wildfires, and a Trump-dominated news cycle. And while everyone’s mood on election night will be determined by the presidential outcome, these local races and many others still matter a lot.