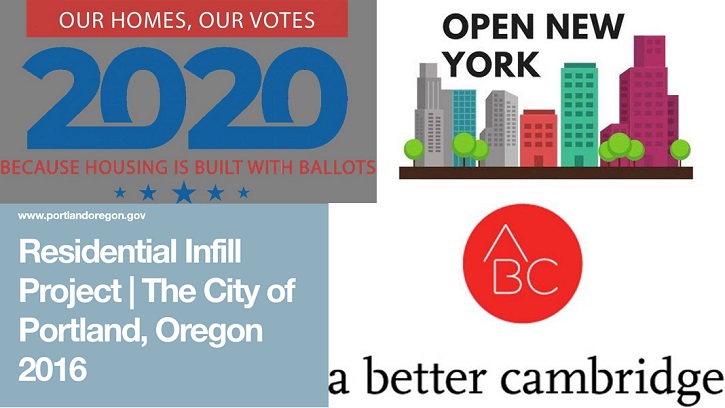 As 2020 ends, forty million tenants could face nonpayment of rent evictions. Republican refusal to pass the Heroes Act has created the worst eviction crisis since the 1930’s. President Biden can use his first day in office to extend the eviction moratorium that ends January 1 but it will take many more months for people to get back to work and regular rent payments to resume.

That’s the big picture. But there were other developments on the housing front that were positive. After spending 2019 touring the country promoting affordability strategies set forth in my book, Generation Priced Out, I was encouraged to see major steps forward this year. Here’s my take on 10 big housing wins of 2020.

The local, state and national eviction moratoriums were a product of incredible grassroots organizing. The movement even forced President Trump to act; quite an achievement given the president’s minimizing the pandemic. Activists have remained focused on extending state and local moratoriums and closing loopholes; this became more critical as Republicans refused to pass the House-approved $100 billion Heroes Act to fund outstanding rent obligations.

Massive evictions are still possible, but housing activists and their allies have thus far averted a national catastrophe.

Launched by the National Low Income Housing Coalition (NLIHC), the Our Homes, Our Votes campaign enlisted over 1000 groups across the nation. It is the largest campaign ever assembled to pressure Democratic candidates running for presidential nomination to unveil specific housing plans. The coalition’s message, “Affordable Homes are Built With Ballots,” resonated throughout the housing movement. President Biden now takes office with a specific commitment for universal Section 8 and a steep increase in new affordable housing funds. And over 1000 groups are eager to pressure Congress to pass Biden’s housing priorities.

3. The CARES Act/FEMA Funding for Homeless

On March 27 the Republican Senate and White House joined the Democratic House in enacting the CARES Act, which included $12 billion in funding specifically for housing and homelessness. Those funds, most distributed via FEMA, have made an incredible difference in moving the unhoused from the streets into hotels. CARES Act funding showed again that widespread visible homelessness is largely solved by providing affordable housing

Momentum grew when the pro-housing advocacy group Open New York (follow on Twitter @OpenNYforAll and its allies offered a specific plan to upzone New York City’s SoHo neighborhood to bring in affordable housing. Originally seen as a pipedream, the plan has now won the support of key elected officials and the NY Times Editorial Board (See “Affordable Housing for SoHo,” November 10, 2020).

I describe in my book the heroic 2018-19 campaign by Councilmember Margaret Chin, Habitat NYC and their allies to get affordable senior housing built in upscale Nolita. NYC’s pro-housing coalition is expanding plans for increasing inclusion in the city’s other upscale neighborhoods.

NYC offers a great model for bringing affordable housing to affluent neighborhoods in all blue high housing cost cities. I look forward to reporting on similar victories in 2021.

My “Ten Steps to Preserve Cities Economic and Racial Diversity” in Generation Priced Out includes boosting local and state affordable housing funds. The November elections saw voters back new spending in such major cities as Baltimore, Denver, and Raleigh. In 2020 the California cities of Culver City, San Francisco and San Jose increased real estate transfer taxes for affordable housing while Oakland did the same via a parcel tax increase. 57% of San Diego voters approved a $900 million affordable housing but because the anti-democratic Prop 13 still requires a 2/3 vote, the measure lost. The San Diego result should cause California legislators to place a measure on the 2022 ballot reducing housing bond approvals to 55%, as voters have done for school bonds.

Portland’s Residential Infill Project, which I describe in my book, is the most progressive zoning reform measure any major American city has passed. But the lengthy process leading to its August 2020 passage (which is why the above graphic refers to its introduction in 2016) meant that Minneapolis got all the national attention for first ending single family zoning in December 2018. And while the RIP was pending, the state of Oregon passed a bill allowing fourplexes and ending single family zoning in Portland. Portland’s RIP expanded this to six units, and well beyond the Minneapolis plan in other reforms.

San Diego is one of the nation’s largest cities but its political activities often get overlooked. The November election of strongly pro-housing Todd Gloria as mayor in a race where his opponent strongly opposed housing development offers a bright housing future for the city. Gloria’s victory again shows how pro-housing big city mayoral candidates continue to win.

10. The Assault on Single-Family Zoning

Thanks primarily to the Movement for Black Lives, 2020 saw exclusionary and racist single family zoning come under new attack. Even President Biden is on board, as his housing plan threatens to stop funding community development block grants for cities with exclusionary housing policies.

Democrats fighting for a Green New Deal and other strategies to battle climate change know that this agenda is inconsistent with single family zoning. Land is needed in all parts of cities for the infill housing that is the chief alternative to long car commutes.

I wrote in the preface to my 2020 paperback that ending single family zoning is only a matter of time. I still believe this.

Finally, I didn’t include Joe Biden’s 2020 election even though it dramatically expands opportunities for America to finally solve its affordable housing crisis. I hope to include these federal advances among my top winners for 2021.