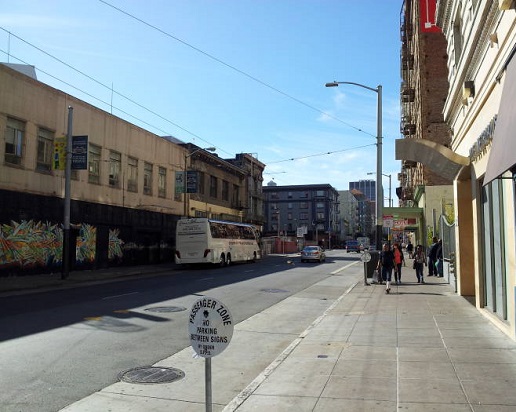 Last week, the San Francisco Board of Supervisors debated whether adding more police would reduce crime. In backing this position, the Board’s “moderate” majority sought to raise the city’s number of mandated cops; progressives argued that adding police does not reduce crime and that this goal is better achieved by increasing funding for housing and human services.

Both sides were right… .and wrong.

There is no question that, when strategically allocated, more police reduce crime. The statistics backing this conclusion are overwhelming. As crime scholar Frankin Zimring has noted, “From 1990 to 2009, New York City experienced an 81% decline in crime. It is the steepest drop over a two-decade period of any major city in U.S. history.”

Zimring shows that this reduction primarily came about because NYC added officers to target “hot spots” of crime and public drug activity. Much of this “hot spot” policing occurred in low-income communities of color, whose residents are most victimized by such activities.

Contrary to popular belief that targeting hot spots just shifts crime to nearby blocks, the citywide sharp decline in crime shows otherwise. There are a fixed number of areas where public drug dealing is ongoing, and eliminating these spots requires those selling and buying drugs to do so outside public sidewalks and corners.

As San Francisco progressives were opposing more police last week,  New York City’s progressive mayor Bill de Blasio announced was adding hundreds of new officers. The mayor who aspires to be a national progressive spokesperson was pushed to add police by many of his supporters on the left.

San Francisco activists doubting the effectiveness of adding police should look at the Tenderloin’s remarkable reduction in public drug dealing after George Gascon became police chief in 2009. Gascon flooded the area with cops, and made it safer than at any time in the preceding three decades. Yet after the sheriff and public defender complained that Tenderloin arrests were driving up jail costs, Gascon was pressured to remove the extra cops. The Tenderloin quickly returned to a place where low-income families have to pass by drug dealers as they walk to and from their homes.

Gascon’s Tenderloin 2009 campaign proved that hot spot policing can make low-income communities safer. The campaign was stopped not because adding police did not reduce crime, but rather because it was too successful in doing so.

More recently, the stationing of a police car on the first block of Turk Street eliminated as many as 100 drug dealers from that block. Some went to other corners in the neighborhood, but drug dealing community-wide is down. A block whose violence was eight times that of any other Tenderloin block is now one of the safest, and is being completely transformed.

Moreover, the only reason drug dealing increased in nearby blocks was that the Tenderloin police station did not have enough officers to practice hot spot policing on those areas. Hot spot policing would dramatically increase public safety in the Tenderloin almost overnight if the police staffing were available and if other city officials accepted the short-term jump in jail costs.

As NYC proves, once the hot spot is gone, police and jail resources decline. So hot spot policing is a short-term strategy with a longterm payoff.

That’s why the city’s inability to add sufficient Tenderloin officers to implement hot spot policing is such a problem.  The lack of such officers keeps widespread public drug dealing on Leavenworth between Golden Gate and Turk, and on the first block of Eddy, afloat. Tenderloin residents, businesses and property owners have long backed more police for the community, and the hope is that the police redistricting set to begin July 19 provides these additional officers.

But progressive supervisors opposed to increasing police were correct that adding to police numbers alone does not necessarily reduce crime. It’s about the strategic use of these officers, and is not simply a numbers game.

Last week’s Board debate was too much about numbers and funding priorities and not enough about police strategies. If San Francisco’s additional police are not dispatched to the areas where crime is highest—the strategy that Zimring, David Kennedy and other experts have shown to most effective —than adding officers is not the best use of funds. Chief Suhr and his team would presumably target  additional officers to the Tenderloin and the city’s other highest crime areas, but past experience shows that this is not guaranteed.

This lack of specific targeting of new resources can be a problem.  In the spring of 2014 I publicly backed Supervisor Farrell’s request for a supplemental appropriation of $1.5 million for the Health Department to expand its Homeless Outreach Team (HOT).  My interest was increasing HOT’s presence in the Tenderloin. I was told that the new funding could not be specifically allocated to the Tenderloin,  but that this was the intent and plan.

The money was approved. But lo and behold, these new homeless outreach funds have not been seen in the Tenderloin. It is even more rare to see the HOT staff in the Tenderloin than it was before they got $1.5 million more to expand services.

So I fully understand why progressive Supervisors would not want to give a blank check for additional police staffing without knowing where the new positions will go. But if these officers do go to implement a hot spot policing strategy in the Tenderloin, Bayview-Hunters Point and other such areas, they will make these low-income communities much safer.

The low-income residents of these neighborhoods deserve more police on the street. In 1985 coordinated a large March for Safer Streets in the Tenderloin with Mayor Feinstein, Reverend Cecil Williams and others; we did not expect to be dealing with widespread public drug dealing in the community thirty years later.

Randy Shaw is Editor of Beyond Chron. He discusses the Tenderloin’s long efforts to combat crime in his new book, The Tenderloin: Sex, Crime and Resistance in the Heart of San Francisco