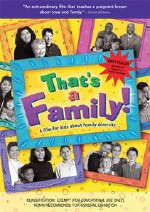 Using the same right-wing consultants that passed Proposition 8 in California, the “Yes on 1” campaign in Maine is once again trying to scare voters into believing gay marriage will be “taught” in public schools. But supporters of marriage equality this time have effectively re-framed the issue, arguing that schools should be “safe havens” for all Maine families – and that opponents want the children of gay parents to “feel ashamed.” Faced with more savvy adversaries than what they had last year, “Yes on 1” now plans to attack an award-winning film schools have been using for years (and was screened at the Clinton White House) that teaches respect for all families – beyond the children of gay couples to include mixed-race families and adopted children. If they want to re-play the Prop 8 game, it won’t work. Yesterday, President Obama issued a proclamation honoring families “from all walks of life” – including those raised by same-sex couples.

Last year, Prop 8 went from being 17 points behind in the polls to winning on Election Day – because campaign manager Frank Schubert used two very effective tactics. First, the specter of gay marriage being “taught” in public schools scared enough parents into believing it would change their lives. Second, the campaign selectively quoted Barack Obama to make voters believe he supported Prop 8 – when in fact the opposite was true. The latter was very effective in getting African-Americans to vote to repeal marriage equality.

As I explained in a prior article, how “No on 8” responded to the schools argument only fell into the opposition’s trap. Gay marriage supporters simply denied the charge, but all it took was for one class to attend their lesbian teacher’s wedding (which the SF Chronicle shamefully treated as front page news) for the voters to believe it was true. This time, however, the “No on 1” campaign has flipped the issue around – arguing that what schools actually teach is respect for all Maine families, which will not change regardless of Question 1’s outcome.

Now, “Yes on 1” is preparing to attack That’s a Family! – a 35-minute educational film that teachers use in class to explain that families are diverse, but what’s important is that they love each other. Produced in 2000, the documentary profiles a bi-racial family, the son of a single mom, an adopted child, kids with divorced parents and the children of gay and lesbian couples. The American Library Association called it “enlightening without being didactic,” and the film received many awards and was shown at the White House.

Apparently, a Fifth Grade class in Portland showed the film – and now Frank Schubert thinks that Maine voters can get scared into voting for Question 1. Of course, if classes are already showing it without gay marriage being legal yet in Maine – isn’t it proof that marriage equality won’t change what’s being taught in classes? Same-sex couples will not stop having families if Question 1 passes, and schools will still have to teach kids the reality that not all families fit the image of a heterosexual couple with biological children.

Moreover, for “Yes on 1” to attack That’s a Family! suggests that public schools should not be teaching respect and understanding of all Maine families. If anything, they are telling kids who don’t have a mother and a father that they should be made to believe their family is lesser. Are we going to encourage the kids of gay parents to get bullied on the playground, or will we give them the dignity of knowing their families are equal?

Like in California, Barack Obama is popular in Maine – a recent poll there shows him more popular than both Senators Olympia Snowe and Susan Collins. And if “Yes on 1” starts to attack a film that celebrates the diversity of loving families, Frank Schubert may have taken the campaign into another trap – with this time, the President being used against them.

Our family provides one of the strongest influences on our lives. American families from every walk of life have taught us time and again that children raised in loving, caring homes have the ability to reject negative behaviors and reach their highest potential. Whether children are raised by two parents, a single parent, grandparents, a same-sex couple, or a guardian, families encourage us to do our best and enable us to accomplish great things.

Last year, Frank Schubert took selective quotes from Barack Obama where he said he personally believes marriage is between “a man and a woman” – in order to make voters in a deep blue state falsely believe he endorsed Proposition 8. That move was successful because our side never used the fact that Obama opposed Prop 8 – allowing such a false conclusion to go unchallenged. When we finally tried to counter it, it was too late.

Does “Yes on 1” really want to go after families of all walks of life? Because if so, the President’s own words will come back to bite them hard.

EDITOR’S NOTE: Paul Hogarth is leaving this weekend to go to Maine for 10 days, where he will volunteer for the “No on 1” campaign. Marriage equality supporters can help send more volunteers to Maine in October by donating money and airline miles at www.travelforchange.org.