Will UFW Strategy Elect the Next President? 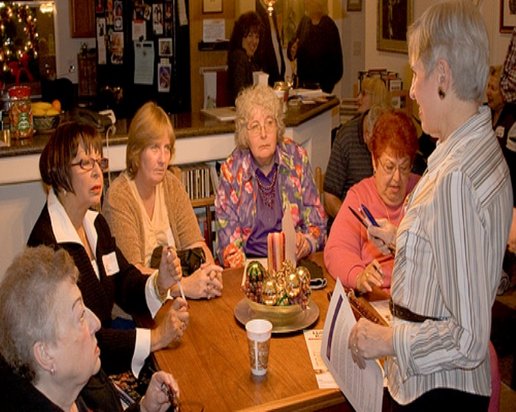 A Clinton campaign house meeting in 2008

In my book, Beyond the Fields: Cesar Chavez, the UFW and the Struggle for Justice in the 21st Century, I describe how the farmworkers movement of the 1960’s and 1970’s impacted social and political movements beyond the fields. Barack Obama used UFW organizing strategies to defeat Hillary Clinton for the 2008 Democratic nomination, and then in his winning fall campaign.  UFW organizing strategies are now evident in Hillary Clinton’s field campaigns in Iowa and New Hampshire, both of which are led by her campaign manager, the UFW-influenced Robbie Mook.

Fred Ross and the House Meeting

The phrase “UFW organizing techniques” embraces door to door canvassing, volunteer recruitment, strict recording of contacts, and other now common tactics. But the core technique pioneered by the UFW is the house meeting.

House meetings were originally conceived by Fred Ross Sr., who trained both Cesar Chavez and Dolores Huerta to become organizers. Ross recruited Chavez to become an organizer through a house meeting. House meetings built the farmworkers movement, and were then applied to political campaigns.

For example, in San Francisco’s 1987 special election Congressional race between Nancy Pelosi and Harry Britt, Fred Ross, Jr. and Paul Milne held 120 house meetings in only sixty days to build support for Pelosi. Pelosi was “the closer” at many of the house parties much as Hillary Clinton is today.

Routinely operating behind the scenes, UFW alum Paul Milne trained Mook on the house meeting process during Howard Dean’s 2004 presidential campaign. Mook then used house meetings as a core strategy when he was the statewide coordinator for Clinton’s Nevada campaign in 2008. Zack Exley described Mook’s Nevada house meeting strategy in a 2008 article (“Organizing Matters: the lesson from Hillary’s NV win”), and it sounds exactly like what Mook is now implementing in Iowa and New Hampshire for 2016.

Not to be outdone, Bernie Sanders is also using house meetings. His campaign has a national day of house meetings on July 29, with 157 events alone within 100 miles of San Francisco.

Why Doesn’t Everyone Do House Meetings?

Given their success, why doesn’t every candidate for major office use house meetings?

One reason is cost. The house meeting strategy is very labor intensive. It is also grueling, as multiple meetings across a state or district occur each night.

Staff must get an already busy electorate scheduled to attend meetings, and then make sure they show up. With multiple meetings per week, that takes a lot of staff time. A campaign must commit significant resources to make house meetings work.

The UFW could do this because its organizers were paid $5 per week for working over 60 hour weeks. Other campaigns face decisions about how to spend resources and house meetings often lose out to television buys or Internet ads.

Some see house meetings as investing too much time, staff, and money into a process that might expose the candidate to only 20-40 people per meeting. In a statewide race, this can seem like a poor prioritization of resources.

But as Fred Ross, Sr. recognized long ago, there are no short-cuts to successful organizing. In his Axioms for Organizers, Ross said short-cuts “usually end in detours which lead to dead ends.”

After Obama overwhelmed her in grassroots organizing in 2008 (though not in states where Mook worked or in Texas and California where Ace Smith operated), Clinton has turned to a legacy strategy of the UFW to pave her way to the White House.  With her and Sanders both emphasizing house meetings, the next President is quite likely to again have a connection to the farmworkers movement.